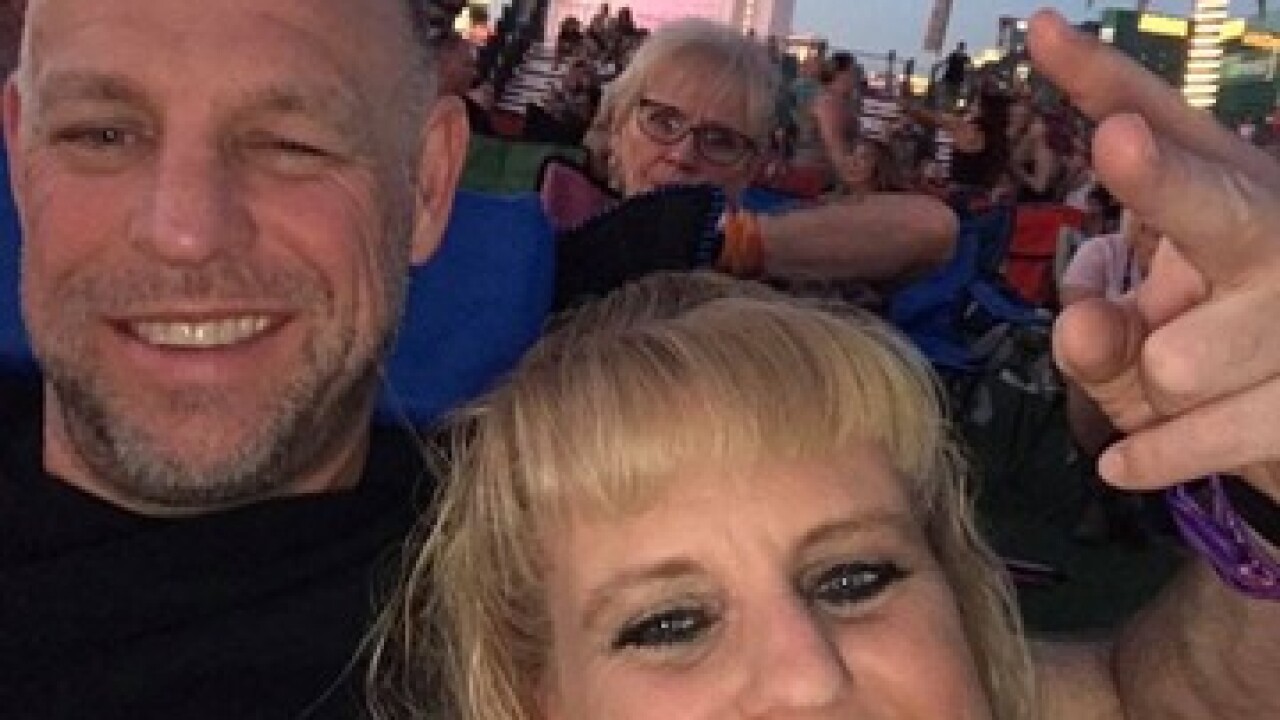 Copyright 2018 Scripps Media, Inc. All rights reserved. This material may not be published, broadcast, rewritten, or redistributed.
<p>Todd Wienke and Oshia Waters-Collins at the Route 91 festival. </p> 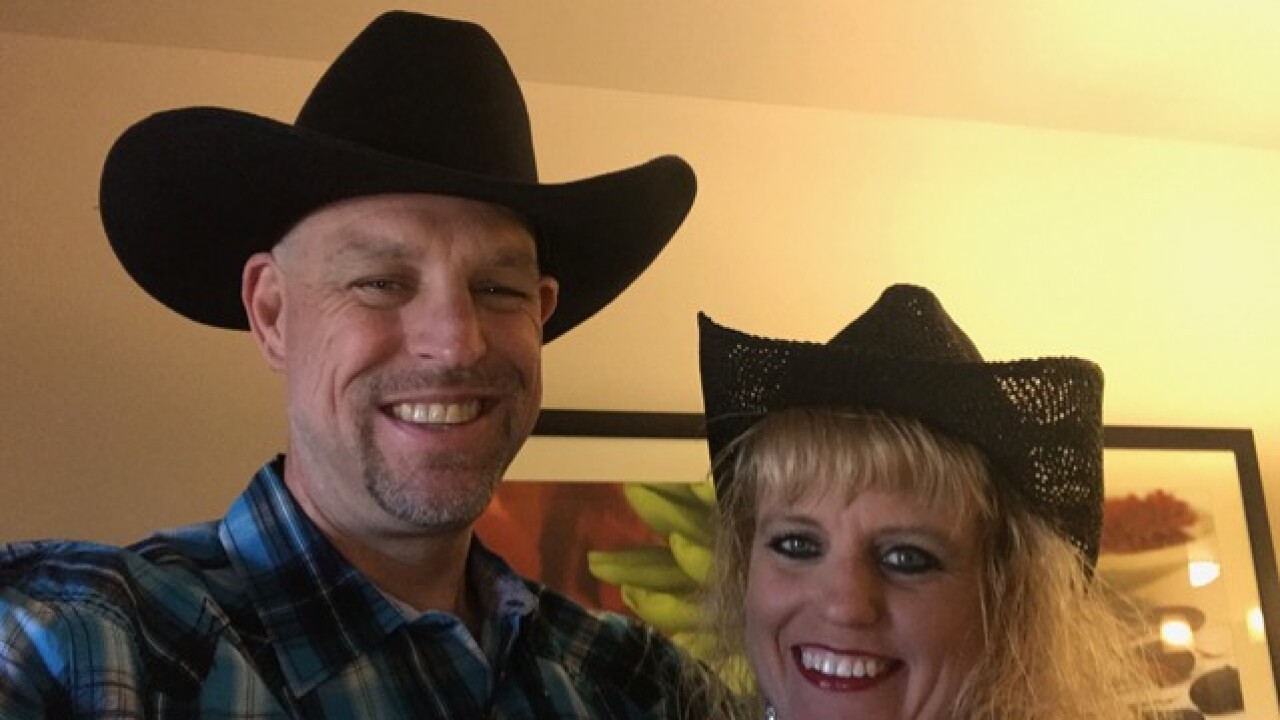 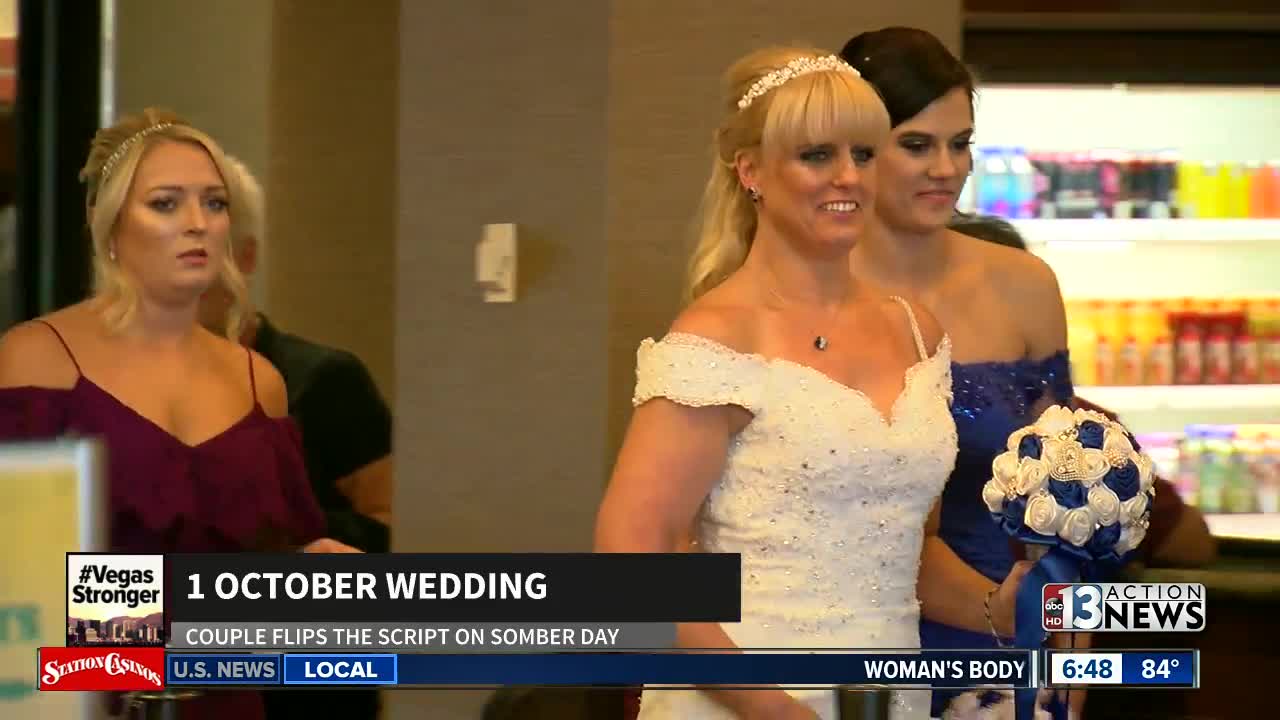 Todd Wienke used to tell Oshia Collins-Waters that he'd take a bullet for her.

A year ago today, he did.

"I could see the blood on his shirt and it was covered," said Collins-Waters.

"Praying that he was going to be okay and praying that we were both going to get home to our kids,"

Collins-Waters prayers were answered. She escaped without a scratch. Wienke was alive but had shrapnel lodged in his left side. He says that night snapped things into perspective.

"Why put off for tomorrow what can be done today?"

Wienke had planned to propose to Collins-Waters in December on their 5-month anniversary. Instead, he "sped it up a couple months."

And the moment Wienke proposed, they both knew they would get married in Las Vegas on October 1st. For one, Las Vegas has always been one of their favorite cities to visit. But more importantly, they wanted to take back the day for themselves, their families and other survivors.

"It's about being able to look at our girls and not see pain in their eyes.

Wienke and Waters-Collins said their love for each other has been strong since day one. But now, forever together, they're even stronger.