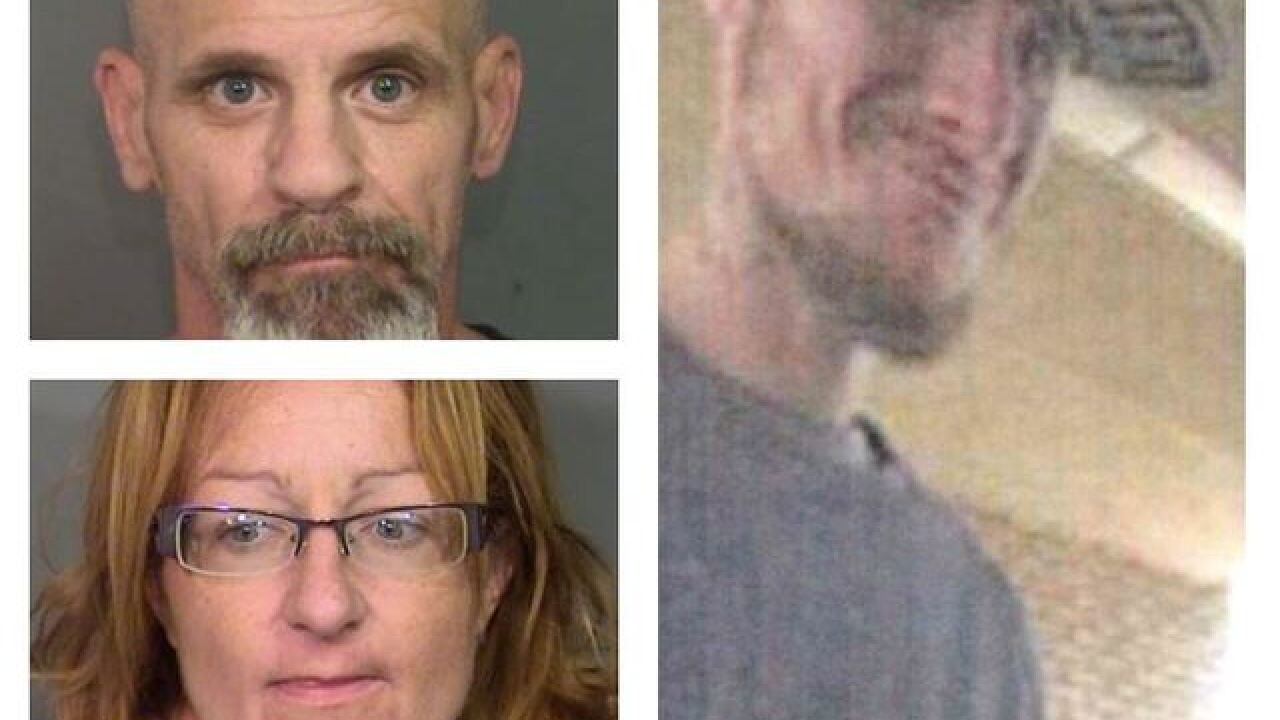 In October 2017, 62-year-old David Rathbun was reported as a missing person by family members who had not heard from him in a month. During the following months, there were several fraudulent ATM withdrawals from Rathbun’s accounts.

Homicide detectives are asking for the public’s assistance in locating 55-year-old Charles Ausiello and 45-year-old Jolene Hibbs. Detectives have listed them as persons of interest and believe they have information regarding Rathbun’s disappearance.

Ausiello and Hibbs have numerous outstanding felony arrest warrants for forgery, fraud and grand larceny. They are known to frequent the Boulder Highway corridor.

Detectives are also trying to identify an unknown white male adult who made a withdrawal from Rathbun’s account from a Wells Fargo Bank located at Boulder Highway and Indios Road. He has a thin build and styled beard and was last seen wearing a flat billed hat and blue long sleeve shirt.

Anyone with information about this incident is asked to contact the LVMPD Homicide Section at 702-828-3521, or by email at homicide@lvmpd.com. To remain anonymous, contact Crime Stoppers by phone at 702-385-5555.