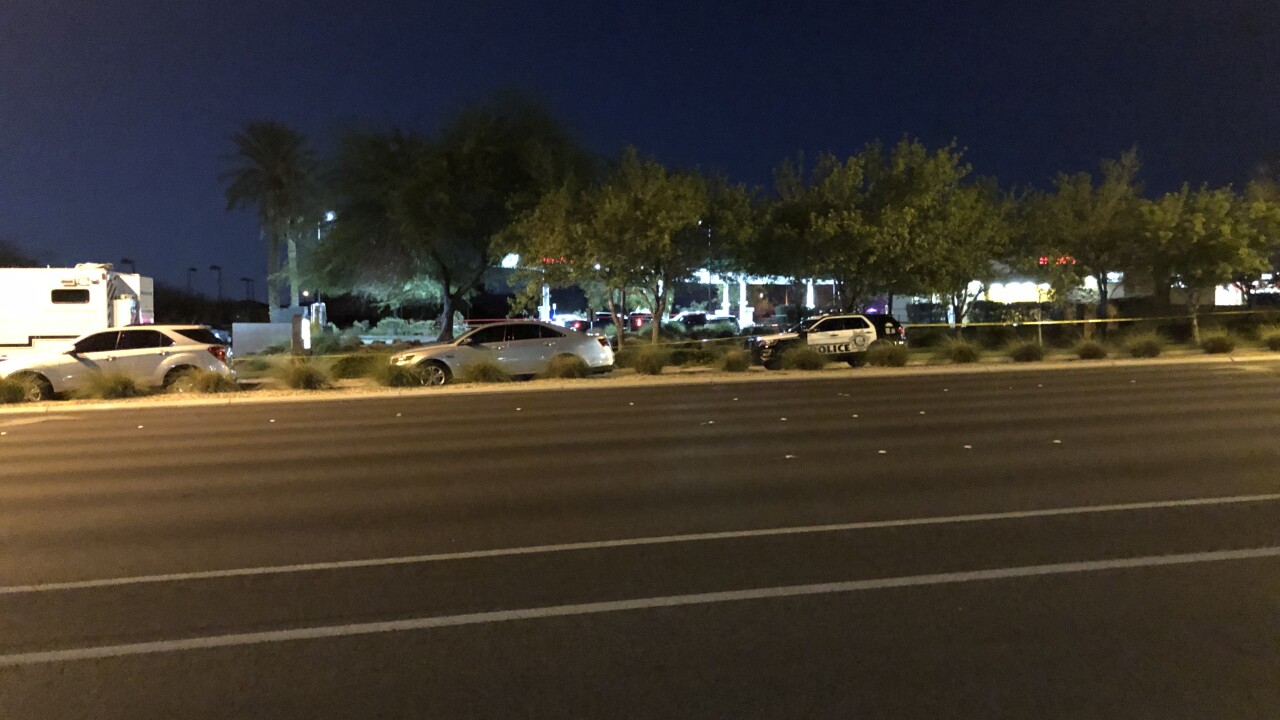 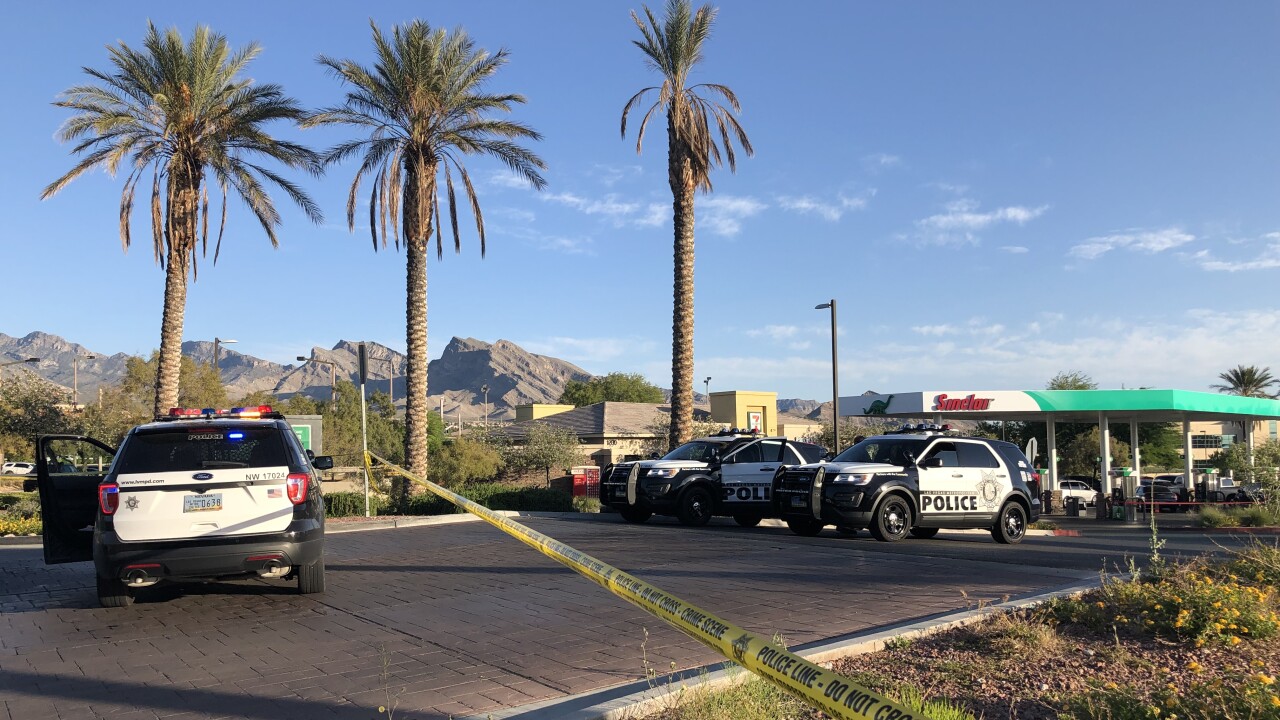 UPDATE JUNE 3: Assistant Sheriff Brett Zimmerman met with members of the media to discuss additional details of the May 31 shooting that occurred in the 1200 block of North Town Center Drive.

LVMPD detectives were undercover in the May 31 officer involved shooting and were not required to wear body worn cameras.

.@LVMPD holds press conference on officer involve shooting that happened May 31. Police say detectives were following up on a series of robberies when they encountered David Randazzo in the gas station parking lot. @KTNV pic.twitter.com/uLDHE1BbcC

Metro police said the shooting which was not fatal, was captured by aerial and surveillance video.
39-year-old David Randazzo was pumping gas at a 711 store in Summerlin.

LVMPD said detectives blocked Randazzo's vehicle to make an arrest but Randazzo did not surrender and pulled out his fire arm.

LVMPD said between all detectives, 30 shots were fired, striking Randazzo.

At the time of the shooting, the suspect's girlfriend was inside the truck.

She sustained a minor injury and both were transported to UMC Trauma. The suspect's girlfriend is 16 years old, police was unable to release her identity, and she is booked in at the Clark County Juvenile Detention Center.

Assistant Sheriff Brett Zimmerman said R andazzo was wanted for a string of at least nine robberies across the valley in which victims were robbed at gun point.

"In those robberies the suspect Randazzo would approach victims and demand property at gun point. A lot of these robberies occured in, some were in parking lots, and distractions were used. A female individual would get out, do a distract and the male would rob with a firearm and take the property of the victims," said Randazzo.

Randazzo is currently at UMC Trauma, and faces several charges including robbery with a deadly weapon, kidnapping, and assault.

ORIGINAL STORY
Las Vegas police are on the scene of a shooting involving the department.

It happened at a Sinclair gas station near Covington Cross and Town Center drives on the west side of the valley in the Summerlin area.

Police say that detectives were following up on a series of robberies when they encountered the suspects in the gas station parking lot.

HAPPENING NOW: @LVMPD still investigating an officer-involved shooting in Summerlin on Convington Cross Drive and Town Center. This area will be shut down for the next several hours @KTNV pic.twitter.com/78U7witvXk

One of the suspects pulled a gun on the officers and they opened fire, striking the suspect multiple times.

The suspect was transported to UMC Trauma and is stable.

A female inside the car received minor injuries and was also transported to the hospital.

No injuries to officers reported.

The officers involved will be placed on paid leave during an investigation into the shooting per department policy. This is the 9th officer-involved shooting in 2019.