Running water returns for families after more than 48 hours 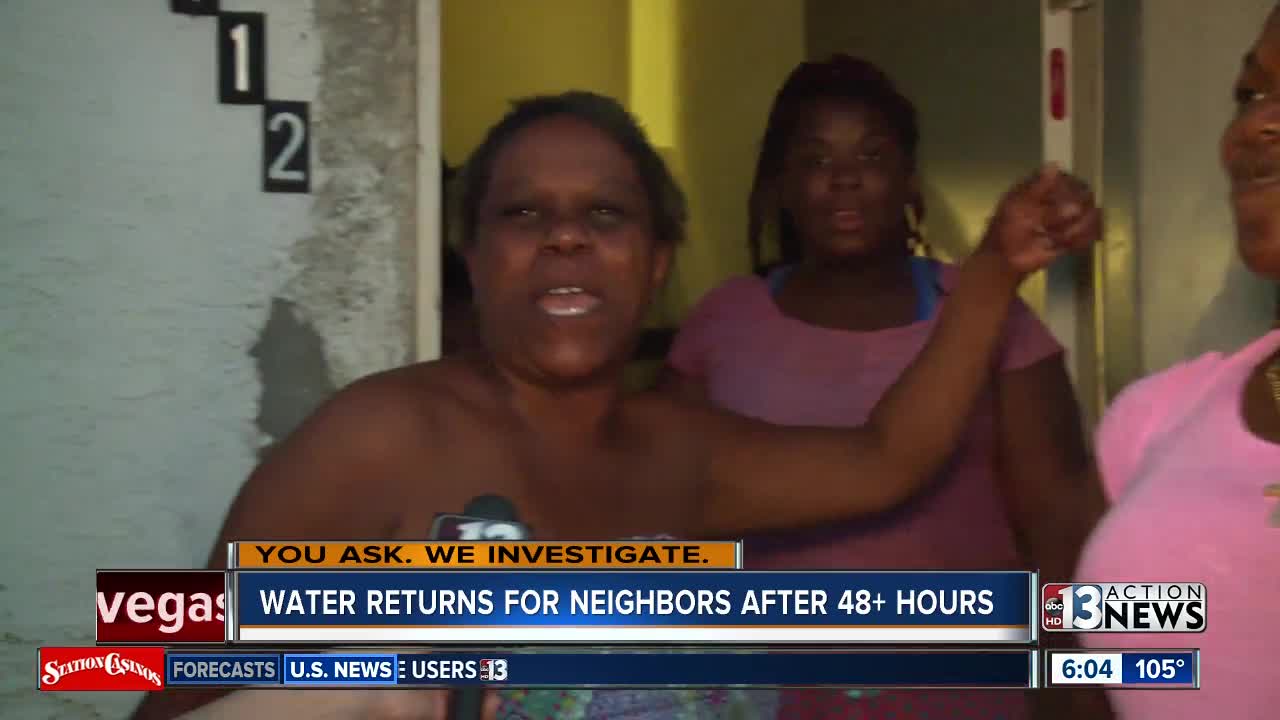 After more than 48 hours, the water is running again for neighbors near MLK and Bonanza. Mahsa Saeidi reports. 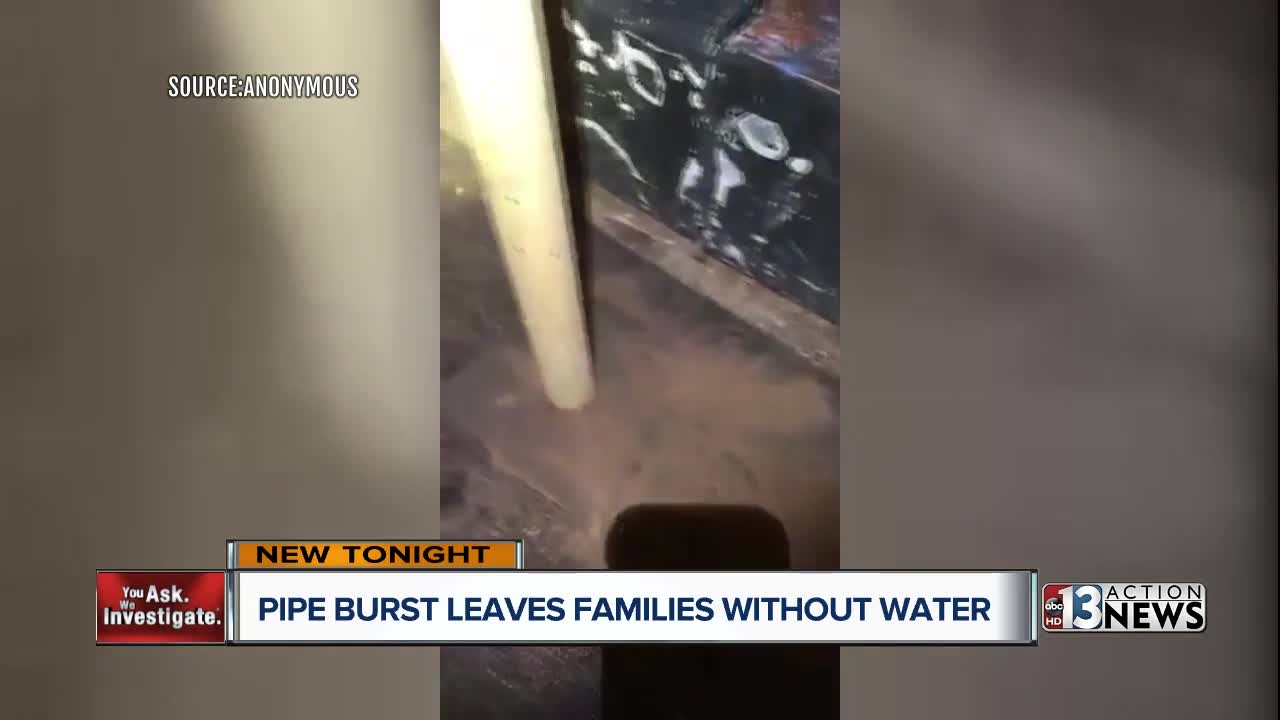 LATEST:  Residents tell 13 Action News the water was turned back on Tuesday night.

Tenants are not just feeling grateful for the running water.

"The community is really awesome for sticking together in this terrible time," said one neighbor.

A burst pipe Sunday night forced the water to be shut off for more than 48 hours.

Remember the families who were living without running water for more than 48 hours? Good news at 6 on @KTNV #YouAsk #WeInvestigate pic.twitter.com/vZGO5mgRga

Benita Palmer contacted 13 Action News for help.  She said the situation made it unbearable for her grandkids.

Palmer brought in buckets of water from a nearby complex.

On Tuesday night, she was busy cleaning up.

13 Action News has been in touch with management throughout this ordeal.

ORIGINAL:  Las Vegas families are left without water for more than 24 hours after a pipe burst near Bonanza Road and Martin Luther King Boulevard Sunday night.

"I haven't been able to wash any dishes," said Caretha Saldana.

Saldana just moved into her unit last month. Right now, her pregnant daughter is also living in the complex.

Despite this intense summer heat, families haven't been able to take a cold shower or even flush the toilet.

Families are left without water for more than 24 hours. It’s not fun in this summer heat. Tonight we are working to get them answers and some relief. Live at 11 on @KTNV pic.twitter.com/hRxGhkr6Zh

As of Monday night, the water was still not back on.

Several crews have been contacted, according to the property manager.

They are working to fix the issue as soon as possible. A pipe apparently needs to be replaced.

Neighbor Benita Palmer lives with her grandchildren in her unit.

The Red Cross has delivered water bottles to the family, according to Palmer.

13 Action News spoke with the owner of the property on the phone Monday evening.

We went there for one issue—no water. But neighbors did have other complaints. They’re now starting a petition. We spoke with on-site property manager. Also, property owner on phone. Latest on @KTNV pic.twitter.com/3GGqw1RWTW

He said he expects the water to be back on in the next day. However, the lack of water was not the only complaint tenants had.

"You can come through, it's messed up anyway," said Shannon Smith.

Smith showed our crews another unrelated issue. She says a leaky pipe has flooded her apartment. The carpet in her living room was soaked. She says the issue has been ongoing for days.

The on-site property manager says the leak has been fixed.

13 Action News will stay in touch with all parties about these two separate issues.