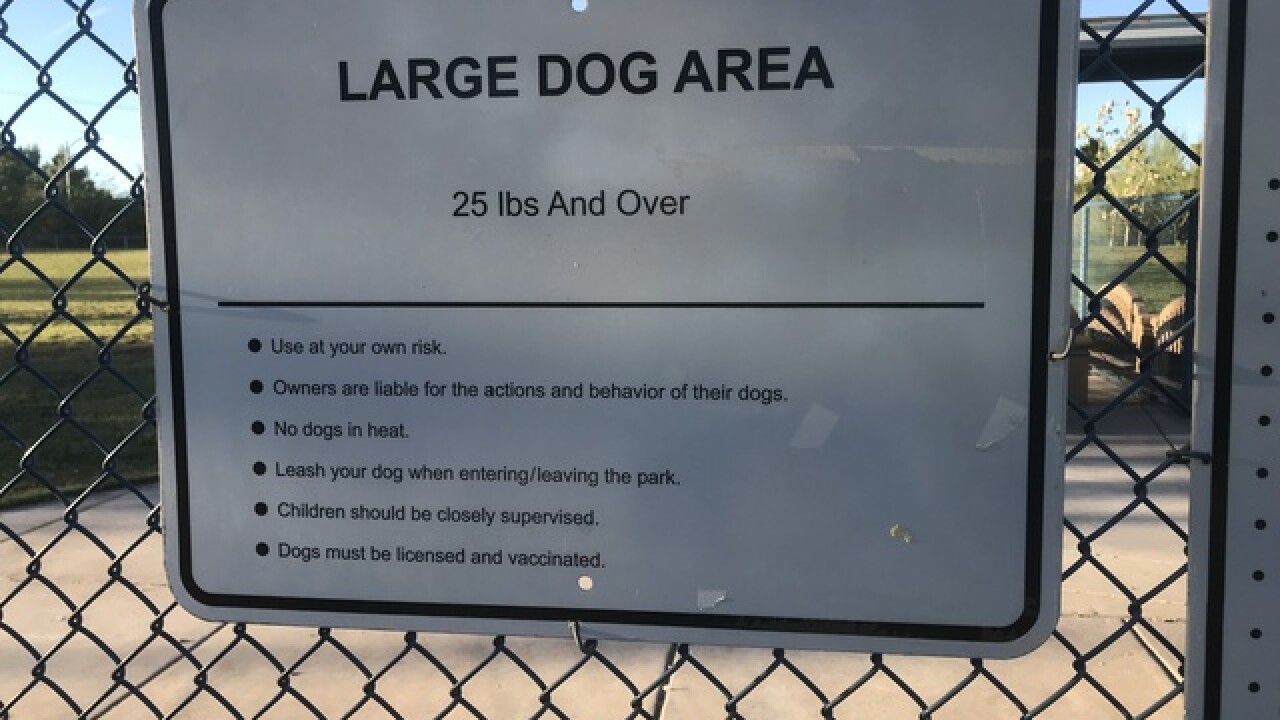 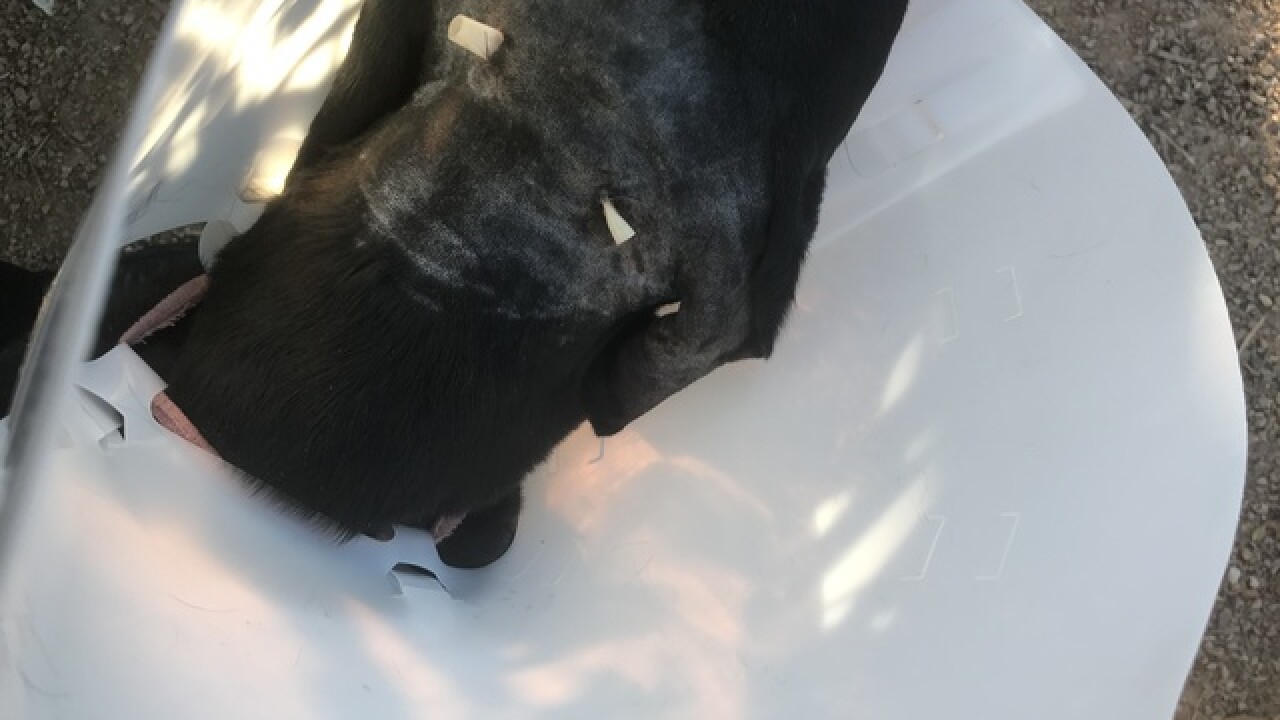 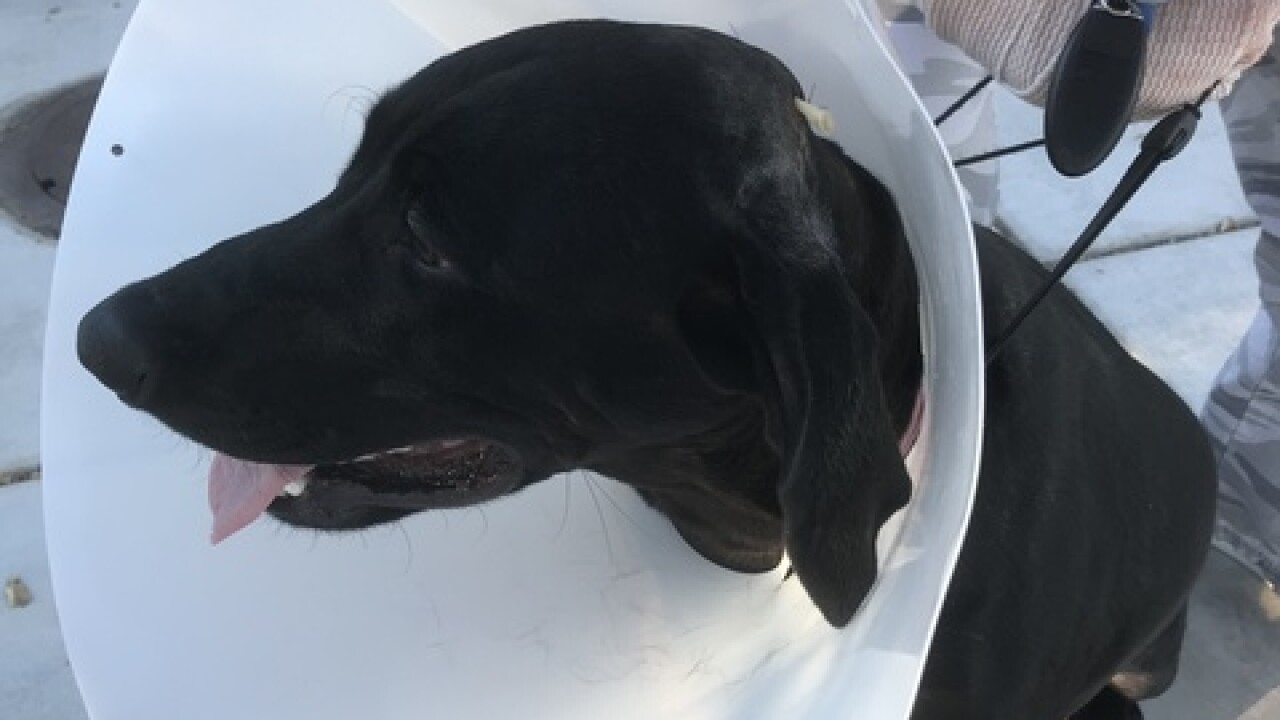 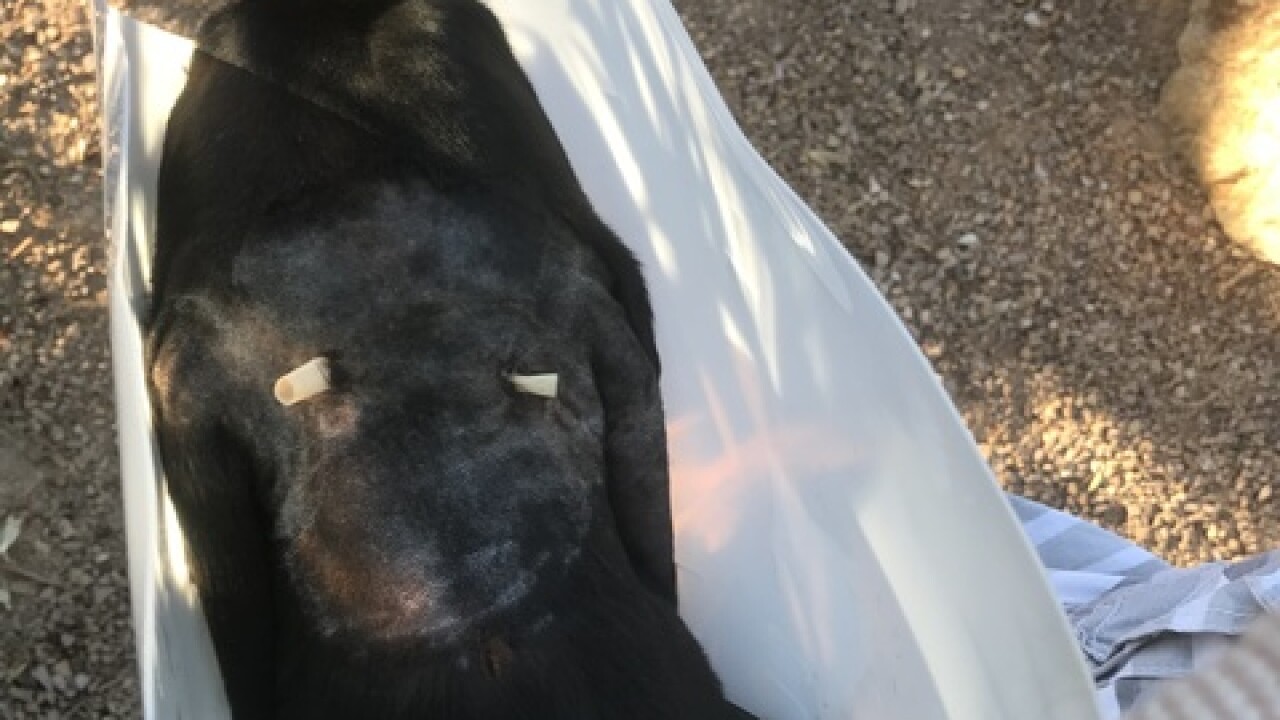 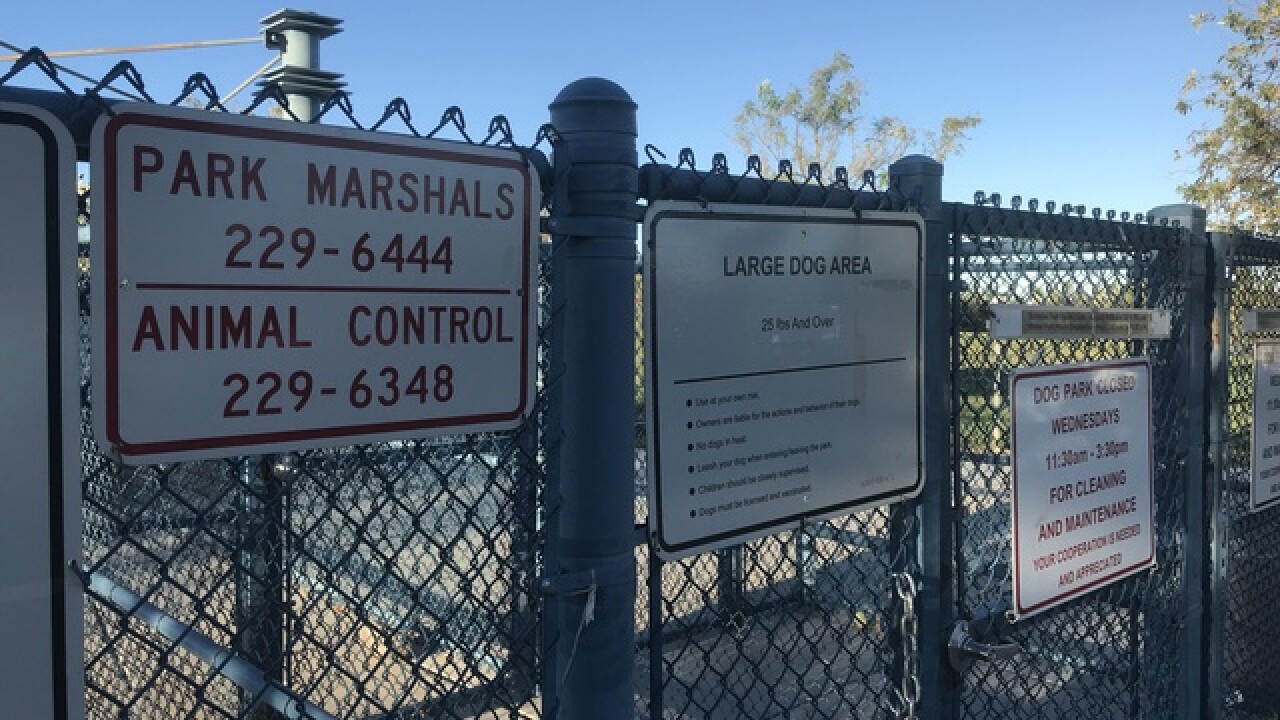 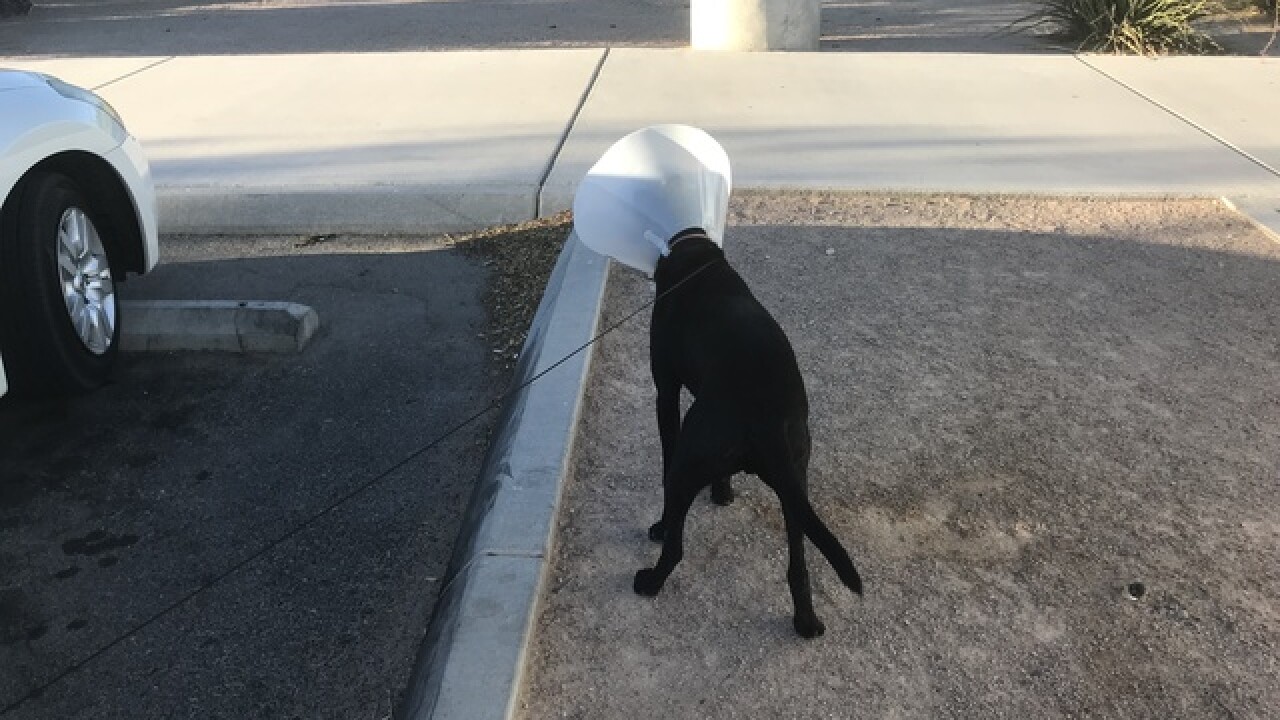 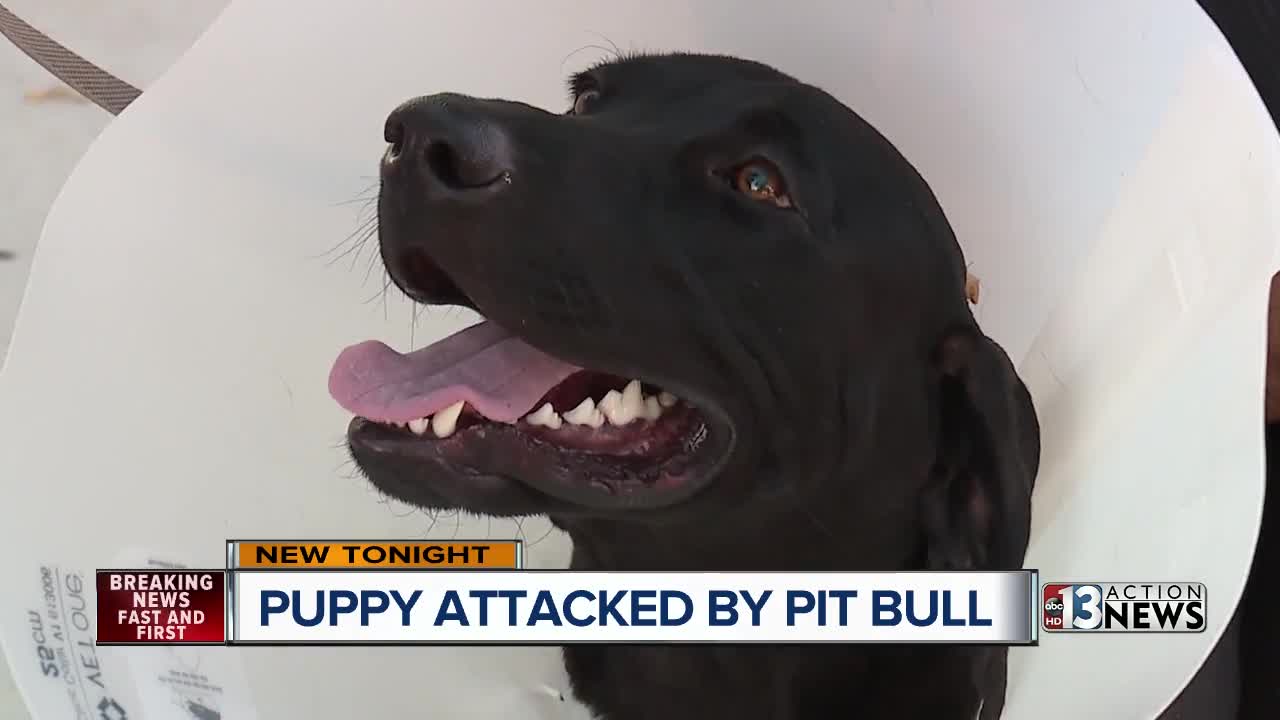 A local dog owner is left with a broken hand and an injured puppy after she says a pit bull attacked her 9-month-old Labrador Retriever, Prince.

"It was very frightening," said dog owner Catherine Love. "It was something I've never experienced in my life. The dog latched right on him and wouldn't let go and there was three men trying to get him off."

One of those three men was (unlicensed) dog trainer Randy Ketcher.

"There was four of them kinda chasing the pit bull and he started getting...I could see it coming right then...and then the three went off and this little Lab is playing with him and next thing you know he's got him right by the neck," said Ketcher.

"I broke my hand trying to get the dog off of him," said Love.

The pit bull finally let go. Love was in hysterics. 13 Action News is told the pit bull owner took off and hasn't been heard from since leaving Love to pay the $550 bill for Prince.

"I think the person who owns the dog should stand up and come back and talk to me," she said.

Ketcher comes to Kellogg Zaher twice a day and says he sees situations like this way too often. He says something needs to change.

Ketcher says that the pit bull involved was a dog that had been rescued.

"A lot of these rescue dogs, they go and adopt them and they bring them here thinking because they got them to sit after giving them a Milk Bone that they are trained," he said. "And it ain't the case."

He believes rescue groups and shelters need to be more up front with adopters.

"I really think the rescue has a little more responsibility to tell people if that dog has any propensity for violence."