Robocalls on the rise in Las Vegas: How to stop them

Across the country, Americans have been bombarded with more than 28 billion robocalls so far this year, according to YouMail, a company that tracks and blocks robocalls and offers a free app for iOS, Android and landlines.

The number has nearly surpassed all of the robocalls in 2017, and it’s only getting worse.

“I don’t know how they get my number, so that’s the annoying part,” Mckensie Smith said.

In September alone over 38.3 million robocalls were placed to the 702 area code. That's an average of 27.9 calls per person.

You may think it's all due to the upcoming election, but according to YouMail, the top robocaller to 702 is a carpet cleaning company, followed by a cable company and then a political survey.

Las Vegas (area code 702) ranks #15 in the top 20 metro areas for the total volume of robocalls in September. But the volume of calls you get could be even higher if you have an area code from Florida, Georgia, Texas or New York. 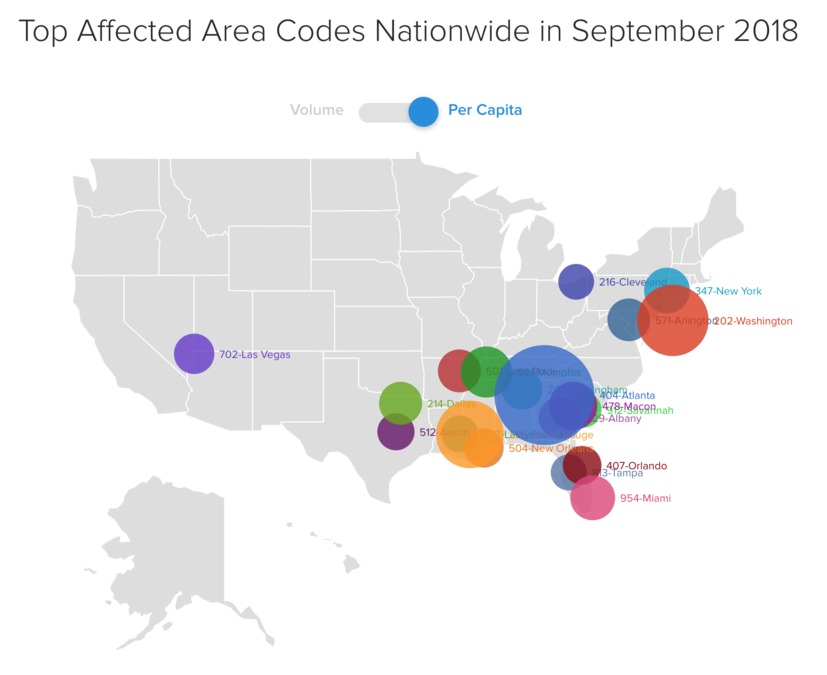 Often, the number calling is similar to a person’s own number. It’s a practice called spoofing, which is designed to trick people into answering the call.

Charlie McKinney said he receives the calls all the time.

“It’s like they’re robbing somebody else’s phone number. You can call them back and it's somebody that didn’t make the call,” he said.

There are some tips people can use to try to block the calls. The National Do Not Call Registry is a good start, but it’s not 100 percent effective.

“There are ways to stop some of it through the Do Not Call Registry, but that won’t stop criminals because they don’t pay attention to the registry,” Shawnee police detective John Sterling said.

There are also a number of apps aimed at tackling the issue. The cost for those apps ranges from free to $30 per year. One app, called Jolly Roger, allows you to patch robocalls through to a fake recording of a person.

Other apps, such as Hiya and RoboKiller, intercept robocalls so you never get them.

“What they’re wanting to do is create a blacklist of all the calls that come into your smartphone,” Kelso said.

Nevada Attorney General Adam Laxalt announced this month that the state has joined a bipartisan coalition of 34 states that called on the FCC to create new rules that allow telephone service providers to block more illegal robocalls being made to people in Nevada and across the country.

Most cellphone companies offer their own tools and services to handle robocalls. But ultimately, the best advice may be just to ignore calls from numbers you don’t recognize or from unlisted numbers.