UPDATE: Juvenile killed in crash involving trucks on I-15 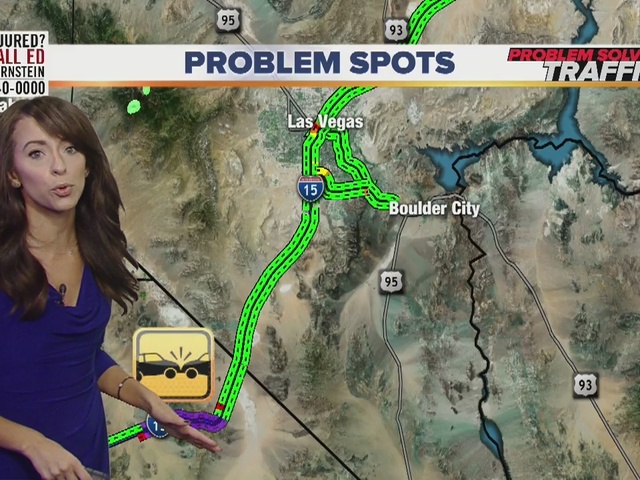 A semi-truck carrying hazardous materials crashed near the California-Nevada border. 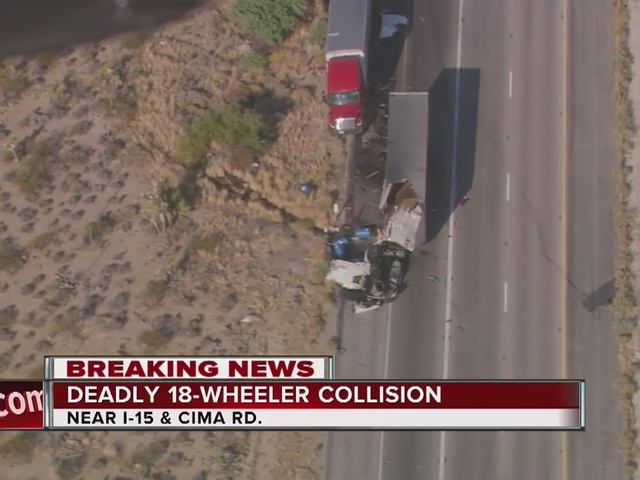 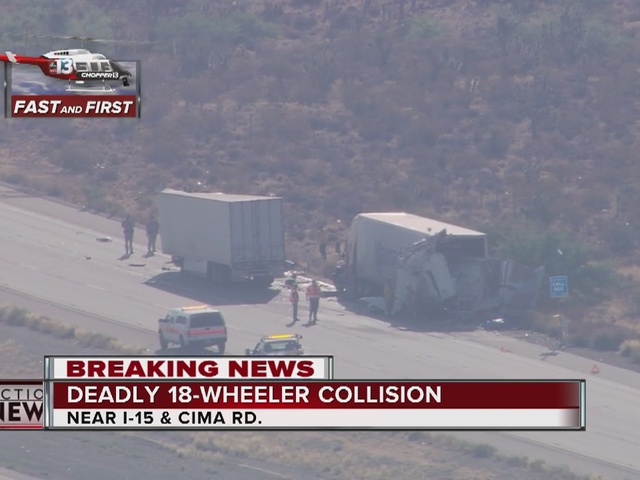 LATEST UPDATE: According to California Highway Patrol, a juvenile passenger of a semi-truck was killed and its driver was seriously injured when their vehicle veered out of lanes and slammed into another semi that was broken down on the shoulder of I-15.
Preliminary reports indicate that the driver of the semi may have fallen asleep.
UPDATE: Interstate 15 opened around 8 a.m. Wednesday near the California-Nevada border.
Reports say that that two semi-trucks collided. It appears as if one rear-ended the other.

At least one person has been confirmed dead.
Blue barrels were spilled onto the roadway after the crash. Hazmat was called to the scene after reports of a chlorine smell.
ORIGINAL STORY
SAN BERNARDINO COUNTY, Calif. (KTNV) -- Both lanes of Interstate 15 are shut down 20 miles south of the California-Nevada state line, according to the Regional Transportation Commission of Southern Nevada.
A semi-truck full of hazardous materials crashed near the area Wednesday morning, thus prompting the shutdown.
The San Bernardino County Fire Department is responding to the scene.
Copyright 2016 Scripps Media, Inc. All rights reserved. This material may not be published, broadcast, rewritten, or redistributed.