HISTORY: A look at the housing bubble burst and long-term impact on Las Vegas 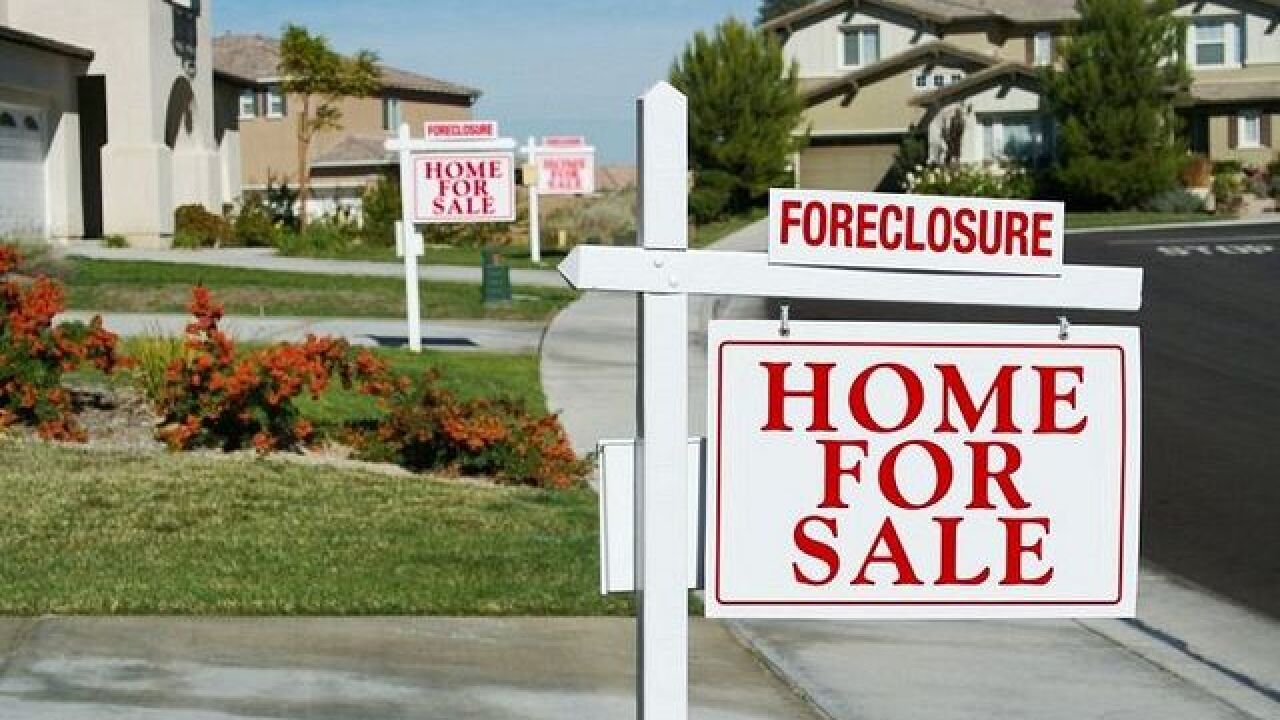 A housing bubble is when prices for houses rise rapidly because of demand and a limited supply or supply that can't keep up with the demand. Speculators enter market, further driving up demand. At some point, the demand decreases or stagnates at the same time that the supply increases. That results in a sharp drop in prices and the bubble bursts.

The United States housing bubble, which began around 2003, affected over half of the U.S. states. Housing prices peaked in early 2006 (June 2006 for Las Vegas) and then started to decline (biggest price drop reported on Dec. 20, 2008), reaching new lows in 2012. The credit crisis resulting from the bursting of the housing bubble was one of the main causes of the 2007-2009 recession in the U.S.

RELATED: Home prices, rent continue to go up across the valley

Out of 20 of the largest metropolitans areas in the U.S., 6 markets saw very little appreciation (less than 10 percent). They included Dallas, Cleveland, Detroit, Denver and Charlotte.

Prices in Las Vegas (along with Tampa, Miami, San Diego, Los Angeles, Phoenix and Washington D.C.) went up 80 percent. That meant that houses that once sold for $150,000 in Las Vegas began selling for $270,000.

The housing boom was great for Las Vegas for quite a while. It meant more construction jobs (there was almost nonstop building for about 5 years) and other jobs related to the buying and selling of homes. People were also making money by selling their homes for a huge profit. Those people then turned around and bought another house. Sometimes two or three. People were able to walk into houses and buy them with no money down (mortgage lenders were extremely generous at the time because of prior low delinquencies in the market).

Other people built their dream homes because they thought prices would keep going up and it was a good investment for the future. Las Vegans also borrowed heavily against their homes for other luxuries because they thought the value of their homes would keep going up.  But, the bubble burst and suddenly these people owed way more on the houses they bought or built than what they were worth.

Sales began falling when the prices got too high for most potential/non-investor buyers and Las Vegas became a member of the "dead zone." That's when formerly frantic markets grew eerily calm. And the people who got quickest in the market were also the ones that got out the quickest, which was mostly investors.

The amount of residential mortgage debt doubled in the U.S. between the years of 2000 and 2008.

Las Vegas was one of the hardest hit because it had the biggest gains. When the bubble burst and the country went into a recession, people were forced to give up their homes. Home prices in Las Vegas plummeted by 60 percent, which was nearly twice the national rate.

A contributing factor was that many people had taken out unreasonable loans, thinking they could sell the new houses at a profit. People either became stuck with a crazy mortgage they could not actually afford or they were forced to give up their houses. Some people did short sell their homes but many just walked away. It was so bad in Nevada, that we became No. 1 for highest number of foreclosures and stayed at the top of that list for years. One in four people lost the homes they had purchased when the price was high.

The hardest hit areas including neighborhoods in the west and northwest. It was not uncommon to drive through those neighborhoods and see for sale and for rent signs on every other house (or so it seemed).

Many renters were hurt during this period because the people who bought houses and then rented them often did not tell the renters that they were in danger of losing their homes. The owners would stop paying the mortgage but would still take the money from the renters. Eventually the bank would decide to foreclose and renters would come home to find foreclosure notices, telling them to get out even though they had been paying rent and had leases.

In 2015, Las Vegas was still ranked last in a report on housing market health. At that time, people whose mortgage debt outweighed the value of their home was 39 percent. Las Vegas also had the second-longest amount of time until the average homeowner's mortgage was paid off (24 years).  Nevada still had the fourth-highest foreclosure rate in the nation during the first half of 2015.

By 2016, one in four homeowners in Las Vegas owed more than their homes are worth. At that time, that was the 3rd highest rate in the nation (behind Cleveland and Akron, Ohio). Prices are obviously recovering but they are still below the all-time high.

House flipping is currently on the rise and that includes here in Las Vegas. House flipping is currently at an 11-year high. New research shows that flippers contributed to the housing crash more than originally believed. The flip rate reached nearly 19 percent in Las Vegas (and some parts of Florida) in the mid-2000s. Many people believe that flippers are contributing once again to the rising costs for homes in Nevada.

The housing market in Las Vegas is once again gaining speed. Prices are rising at one of the fastest rates in the nation. Home prices climbed in every ZIP code in the valley last year (2017). The biggest price jumps were seen for older homes in central locations. New houses in the more affluent neighborhoods posted the highest overall prices. Prices are being bolstered by the improved job market (Nevada also had one of the highest unemployment rates in the nation during the recession and for a long time after) and growing population.

The highest median sales price (for the third consecutive year) in 2017 was in the 89138 ZIP code (around Alta and Desert Foothills drives in Summerlin). The median price for a home there was $385,000.

Despite the growth, prices still aren't up to what they were in 2005.

In March 2018, the median price for an existing single-family home in Southern Nevada was $280,000, which was up 1.8 percent from January and 15.7 percent from March. Prices are currently going up faster than normal, which is what happened during the previous housing bubble. According to CoreLogic, homes are currently overvalued in Las Vegas. That means that home prices are at least 10 percent higher than the long-term, sustainable level.

“Home prices grew briskly in the first quarter of 2018,” says Frank Nothaft, chief economist for CoreLogic, in a release. “High demand and limited supply have pushed home prices above where they were in early 2006. New construction still lags historically normal levels, keeping upward pressure on prices.”

According to CoreLogic Market Condition Indicators (MCI) data, an analysis of housing values in the country’s 100 largest metropolitan areas based on housing stock, 37 percent of metropolitan areas had an overvalued housing market as of March.