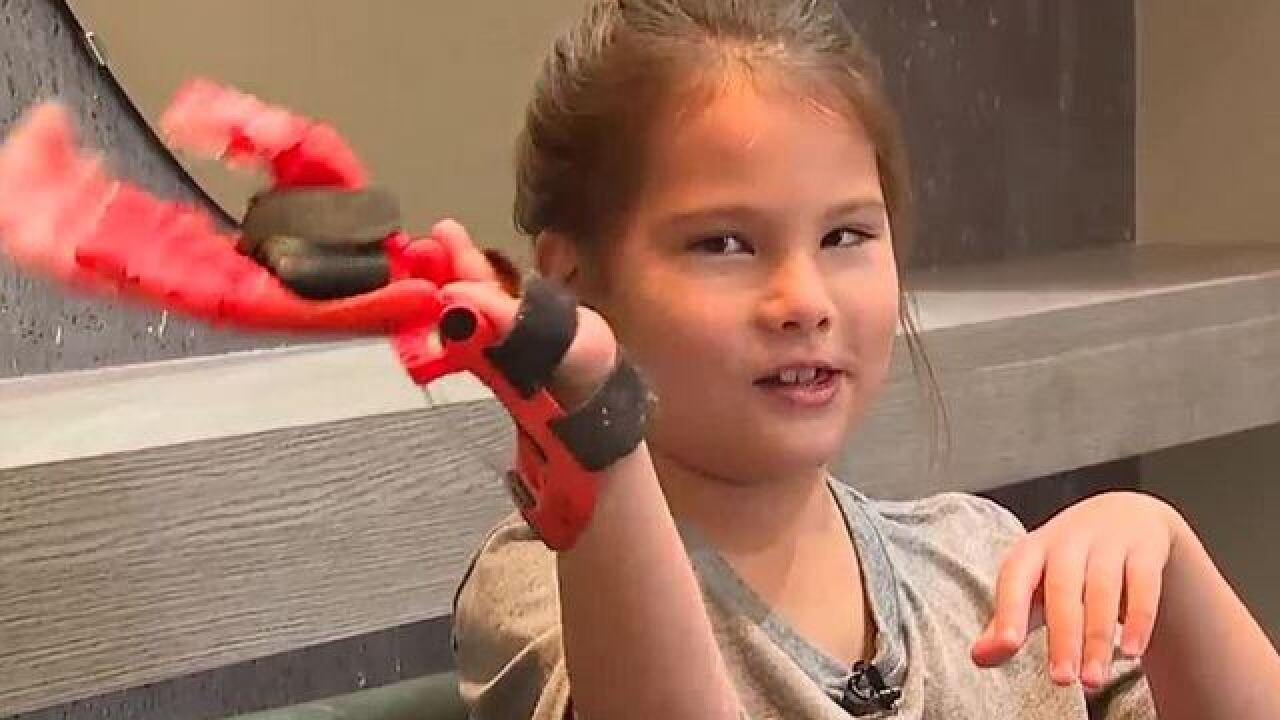 UPDATE: Hailey Dawson is preparing to throw out the first pitch at Game Four of the World Series this weekend. All of this is due to a partnership with the UNLV College of Engineering which helped create a 3-D printed hand for the little girl.

HENDERSON (KTNV) --  A Henderson girl born without all of the fingers on her throwing hand is living out her baseball dreams thanks to an amazing piece of technology.

Hailey Dawson, 7, is slated to throw out the first pitch at a World Series game this fall.

Dawson is no stranger to the major league spotlight.

She's thrown out first pitches before at Baltimore Orioles and Washington Nationals games.

She's able to do it because of a 3D-printed hand designed by UNLV engineers.

Dawson's mother, Yong, says Hailey has Poland Syndrome, and she was born without three of her fingers.

Hailey's story got national attention this month when her dream to throw a first pitch at each ballpark went viral.

Responses from MLB teams on Twitter poured in. Every team invited her to its park.

The tour starts next season so it's going to be a busy summer for Dawson and her family.