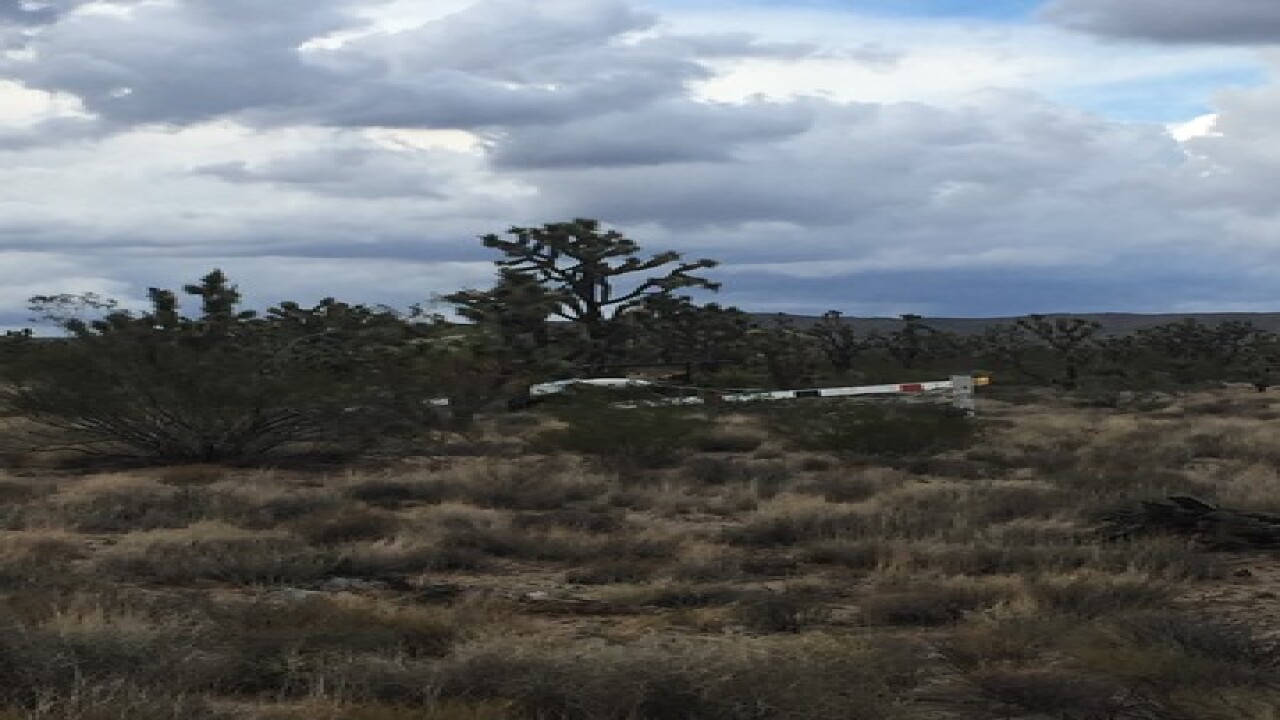 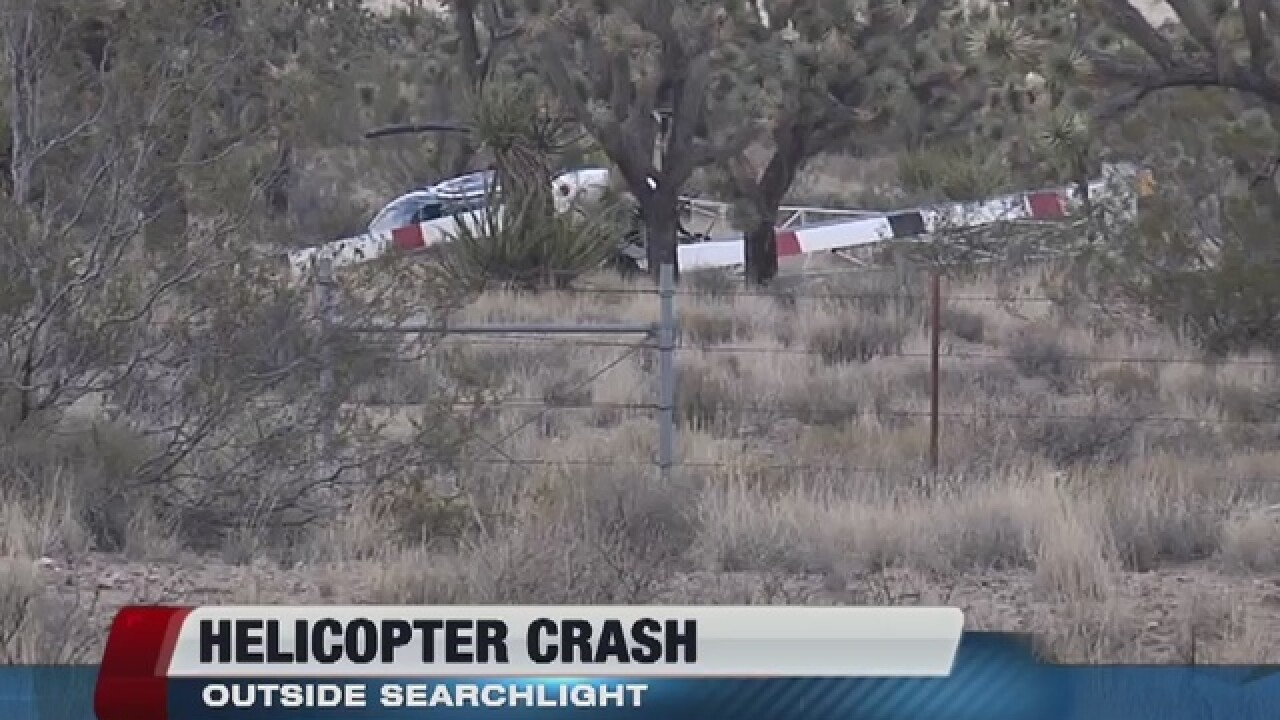 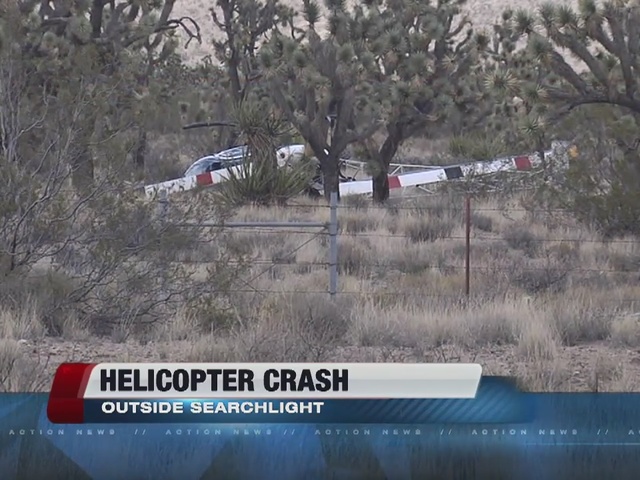 A helicopter crash was reported near Searchlight early Sunday afternoon.

The crash was reported just after noon along State Route 164 on Bureau of Land Management property. The Las Vegas Metropolitan Police Department said the helicopter went down Sunday morning.

A driver told the Nevada Highway Patrol about spotting a helicopter down. The trooper saw a 2-person helicopter but no pilot.

NHP reported about 30 minutes later, the pilot walked up to the scene. The pilot did not have any injuries.

Police said the pilot was in the area doing cattle roundup for the Bureau of Land Management when the helicopter crashed.

"The NTSB and FAA have been notified," said Lt. John Healey with Las Vegas police. "We're gonna turn it over to the BLM because just off the roadway is their jurisdiction."

This is a developing story. Check back to Action News for updates.