Gaming in Strip casinos not performing as well as last year

Gaming in Strip casinos not performing as well as last year

The latest gaming revenue numbers from the Nevada Gaming Control Board point toward a new trend in the Las Vegas valley.

For the second month in a row, Strip casinos saw a decrease compared to the same month in 2016.

Downtown casinos performed better in November 2017 than November of 2016. 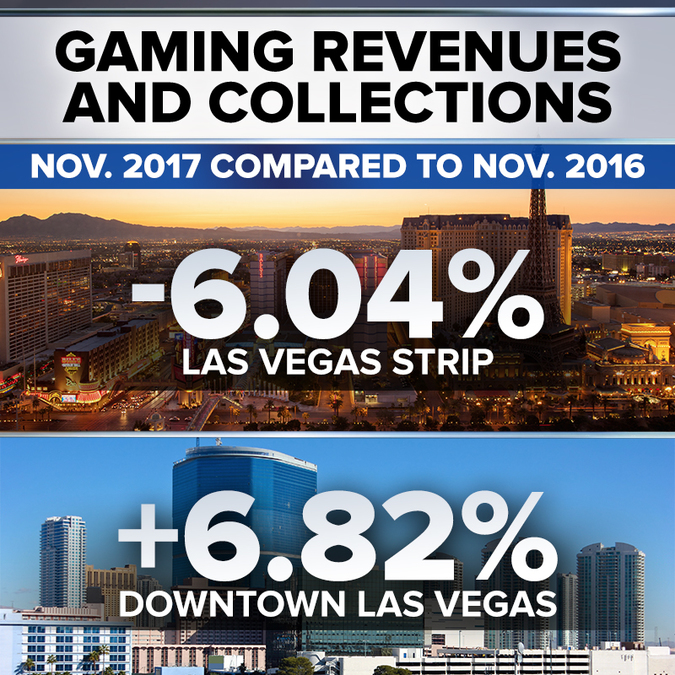 "It's really about the experience," said Kevin Glass, the general manager of Downtown Grand. "You go to the Strip and in some cases the table minimums are so high."

Glass says when people are gambling, there's a domino effect on the rest of the business, including hotel, food and beverage and entertainment.

The gaming supports employees in those areas, and in turn, the money can go back into more development downtown, which also brings jobs.

Derek Stevens, the owner of the D Casino, was encouraged by November's statistics, and what it means for his large project on the site of the old Las Vegas Club.

"It's good to see some of the impacts and some of the investment we're seeing downtown," Stevens said. "There's an awful lot of companies making investments down here."

For a closer look at the gaming statistics, click here.