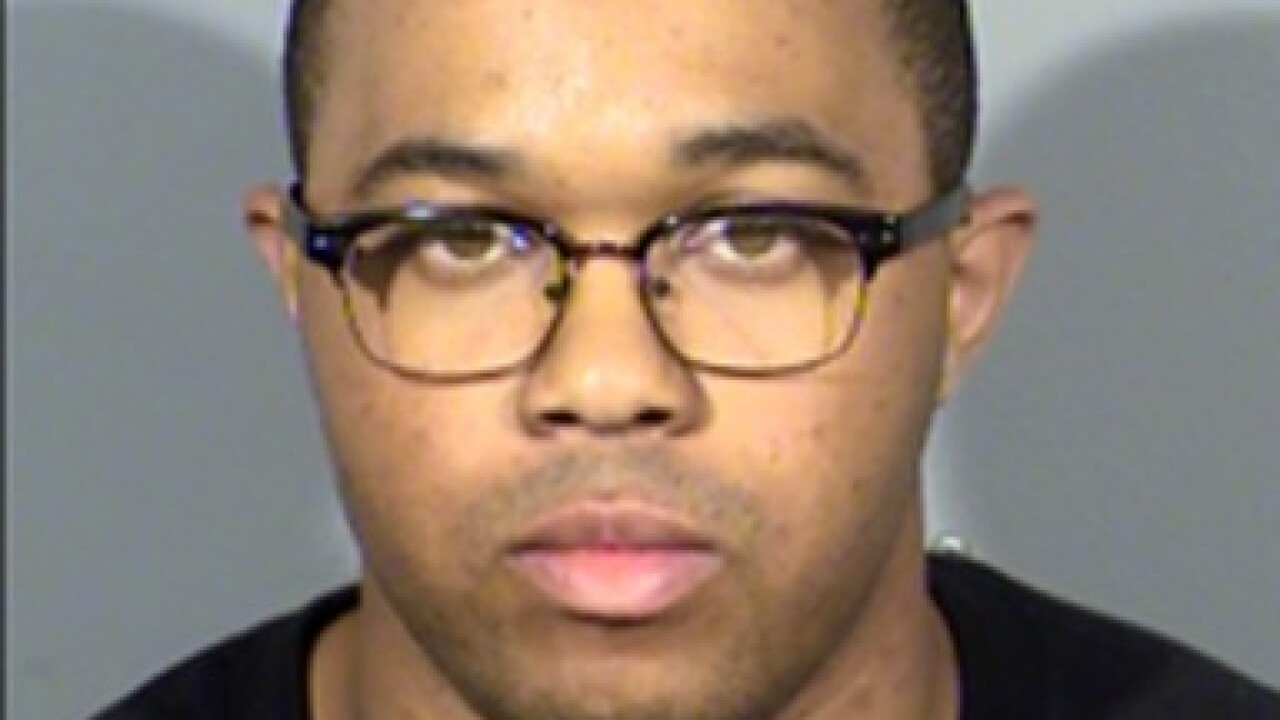 Copyright 2018 Scripps Media, Inc. All rights reserved. This material may not be published, broadcast, rewritten, or redistributed.
<p>George McMurry was sentenced for bringing meth into the Southern Nevada Correctional Center while he was an employee there. <strong><a href="https://www.ktnv.com/news/former-nevada-corrections-officer-sentenced-for-bringing-meth-into-prison">READ MORE</a></strong></p>

A former Nevada corrections officer has been sentenced for bringing methamphetamine into a state prison outside Las Vegas.

The incidents occurred between January and February 2016 when McMurry worked as a correctional officer for the Nevada Department of Corrections.

In a prior hearing, McMurry pleaded guilty for his role in introducing a controlled substance, meth, into Southern Desert Correctional Center, which is off Cold Creek Road northwest of Las Vegas. The crime was uncovered by the Nevada Department of Corrections, Office of the Inspector General through the surveillance of inmate phone calls.

Eighth Judicial District Court Judge Michelle Leavitt sentenced McMurry to 2 to 4 years in prison for each of his two counts. Both counts will be run concurrent to each other.