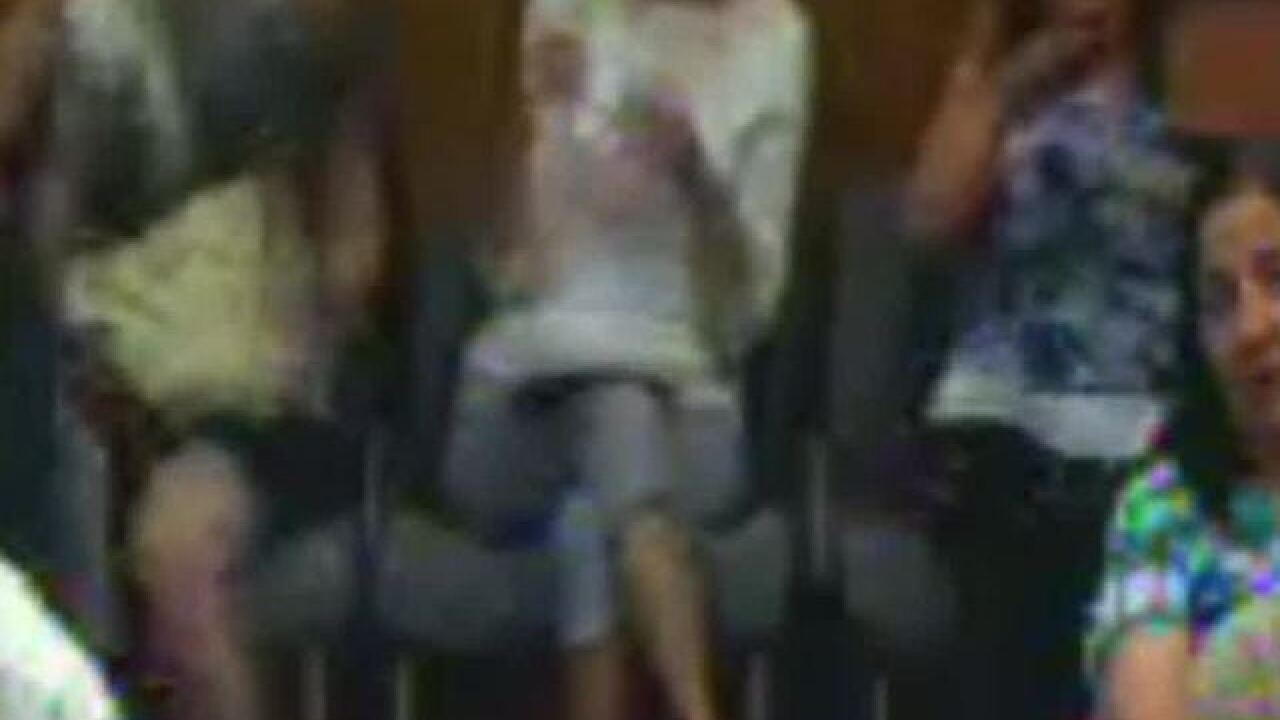 By: Mahsa Saeidi , Lesley Marin
Posted at 11:55 PM, Aug 08, 2017
UPDATE AUG. 9: Video showed the moment a woman's purse caught fire during a city council meeting in Boulder City.
In the video you can see the bag smoking along with flames shooting from her purse.
Boulder City Fire Chief Kevin Nicholson couldn't confirm what exactly cause the fire, but said it started from batteries attached to a device in the woman's purse.
13 Action News spoke to a woman who did confirm the fire was started by batteries that belong to a vape pen or e-cigarette.
We visited a vape shop in Boulder City to ask just how safe batteries and vape pens are and what could cause such a quick explosion.
"For most the time, it will probably be a user error," said owner Dominic Laspino.
Laspino suggest people always take out the batteries of their e-cigarettes or vape pens and never leave them in their purse or pockets.

One woman was treated for burns after her purse caught fire at a city council meeting in Boulder City Tuesday night.

Boulder City Public Information Officer Sue Manteris said an audience member, seated in the back, suddenly jumped from her seat.
Witnesses describe sparks and fire shooting out from the woman's purse.
Boulder City Fire Chief Kevin Nicholson was on hand as part of his usual attendance at council meetings.
13 Action News was told he jumped into action, ushering the woman outside.
"There was a battery malfunction in her purse that ignited her purse," he said.
The woman was treated for minor burns on scene and released.
Copyright 2017 Scripps Media, Inc. All rights reserved. This material may not be published, broadcast, rewritten, or redistributed.