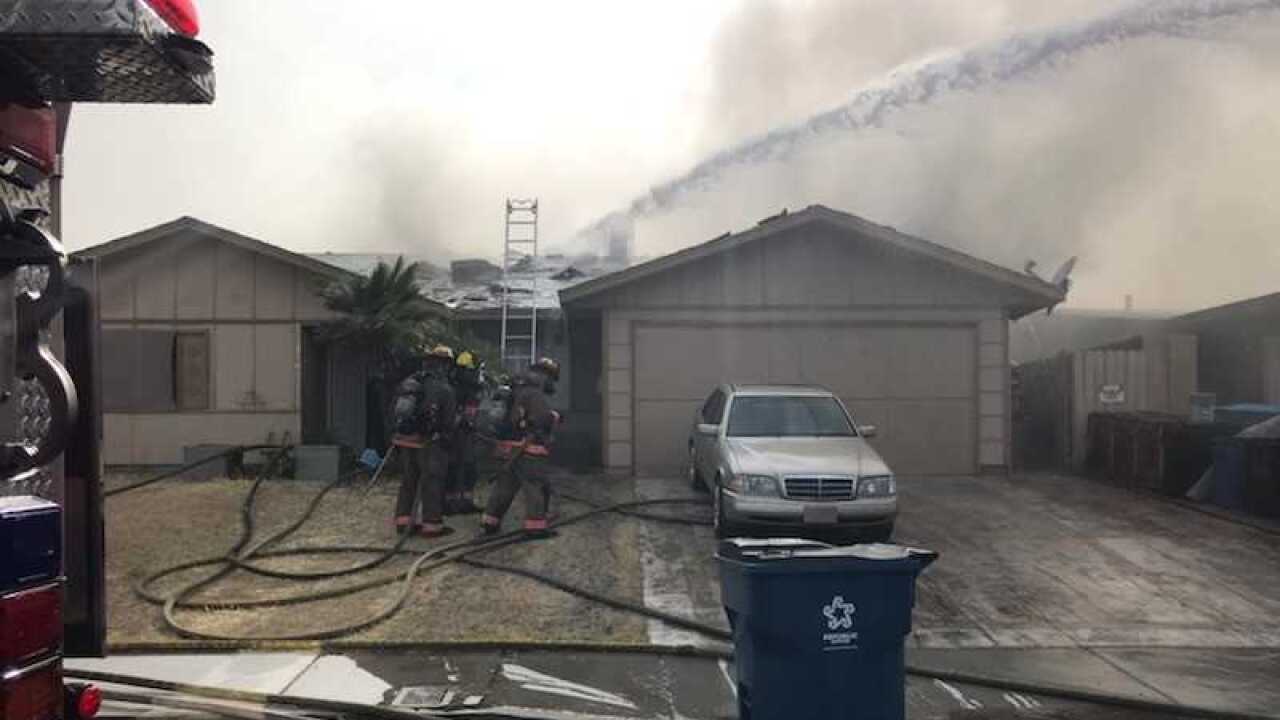 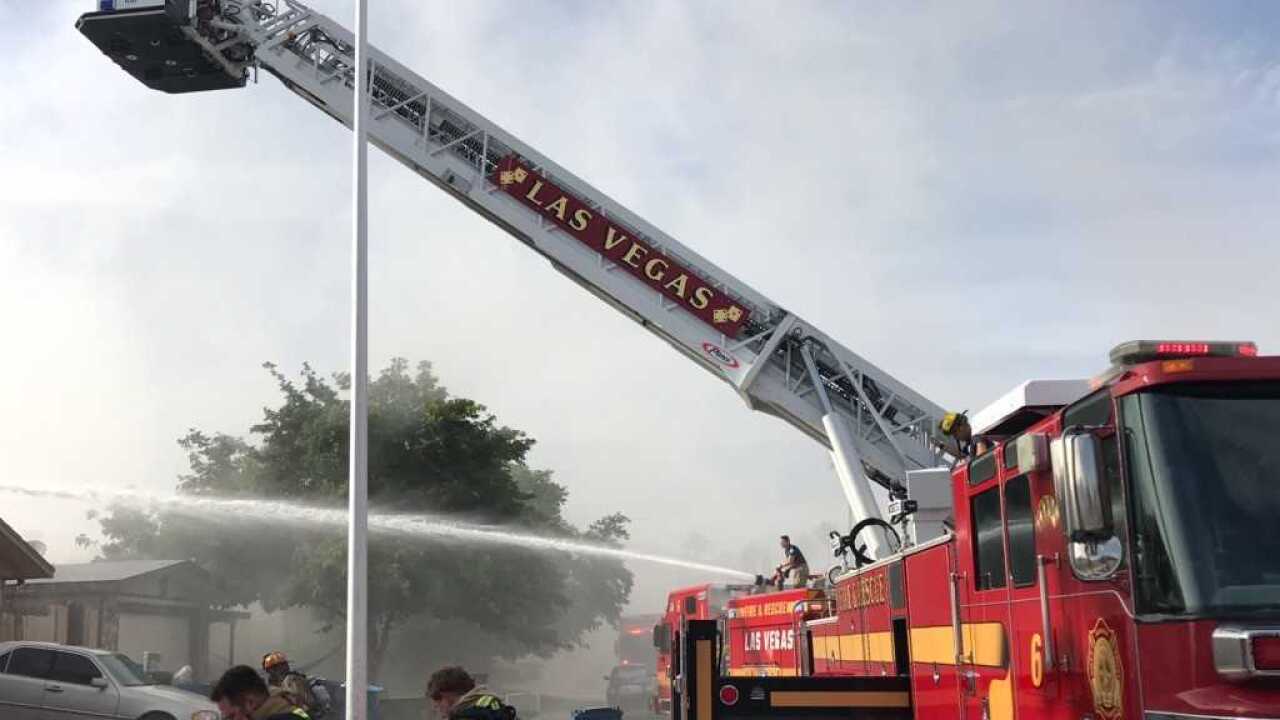 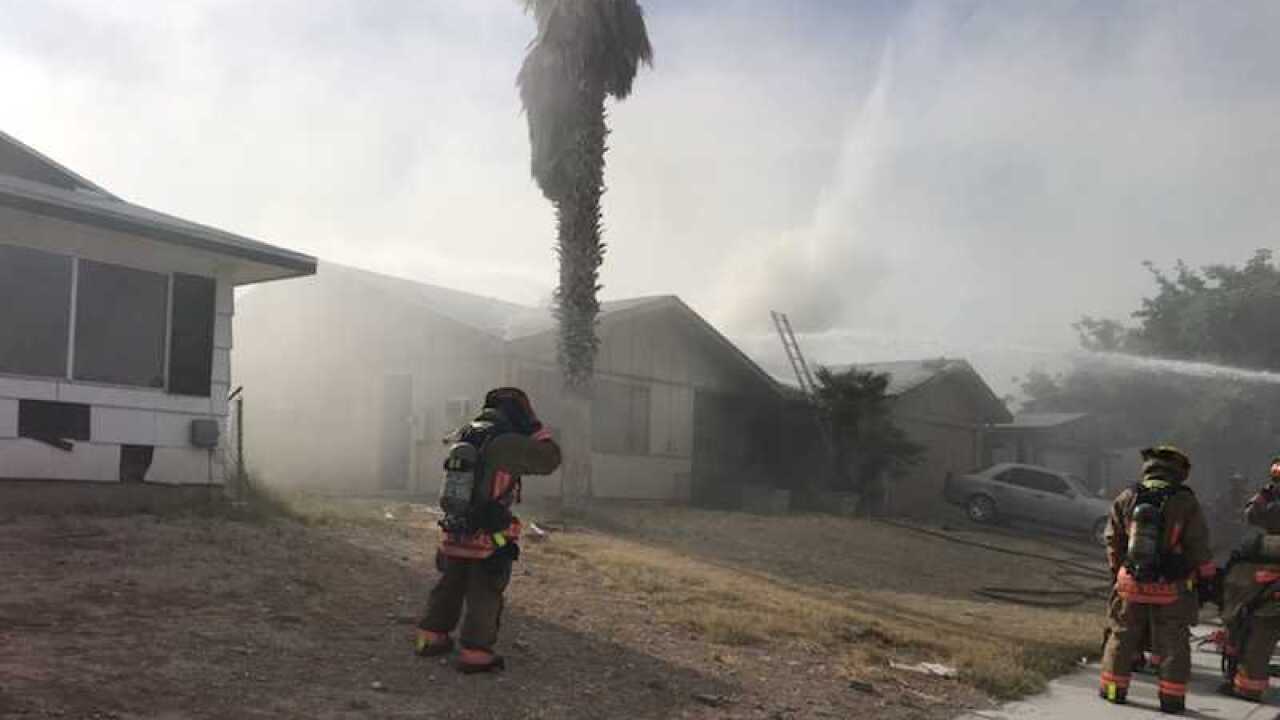 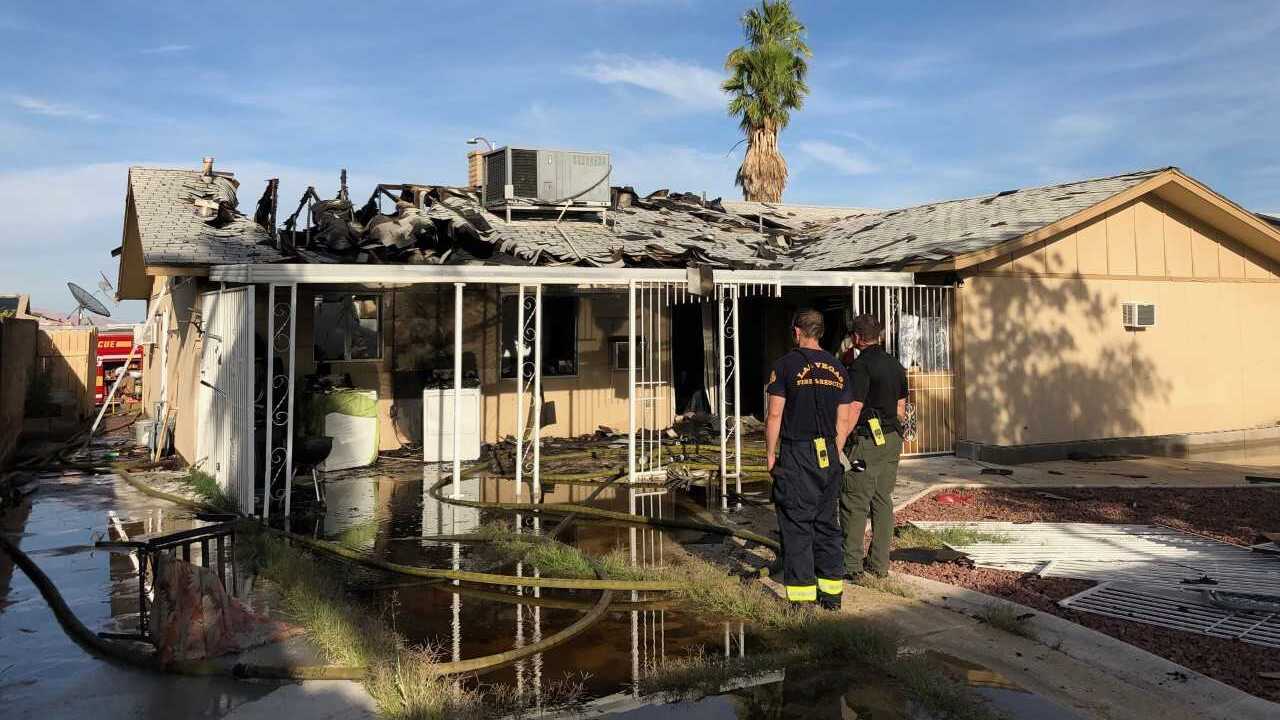 LAS VEGAS (KTNV) — A family of five and their two dogs are without a home, and two people are recovering from injuries, after a house fire in Las Vegas.

Crews responded to a fire on Lakehurst Road near Buffalo and Alta drives shortly before 5 p.m. on June 10.

Authorities say several calls were made to 911 of smoke coming from the back of the house, possibly involving a bar-be-cue.

When firefighters arrived there was heavy smoke coming from the home. Flames began to appear through the roof.

It took firefighters about 20 minutes to bring the blaze under control.

The cause of the fire is unknown though investigators say it may be electrical.

One of the occupants told crews that they saw flames coming from the back patio from a clothes dryer.

One of the occupants burned their hand during the incident and a fire investigator injured their ankle while conducting the investigation.

The American Red Cross is assisting two adults, three children and two dogs that are displaced by the fire.