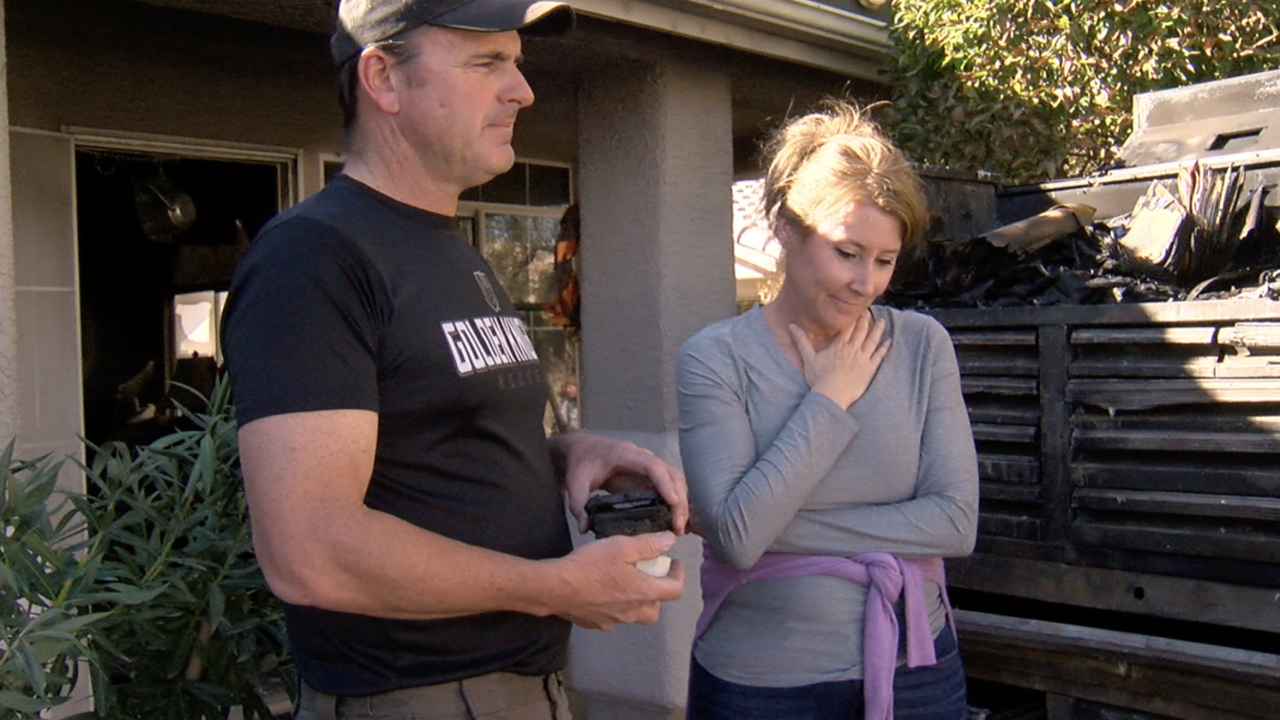 HENDERSON (KTNV) — A Henderson couple says firefighters saved their wedding by recovering a wedding dress and ring from their burning home on Saturday night.

Mimi Marois and Kevin Lister returned home on Sunday a day after a fire broke out. They say they are grateful for the swift work from Henderson firefighters.

“They were spot on. They attacked this blaze like nobody’s business,” said Lister.

The couple's wedding is only a week away. They say the fire put a wrench in their plans, destroying much of the home.

“Talking to her about it I said, 'Baby, we can push this back and postpone.' And the vibe last night was amazing,” Lister said.

In a moment captured by neighbors, firefighters were able to rescue the wedding dress from the burned home.

“It was in good condition. It’s just the smoke. It’s amazing, with everything that we had inside burned out -- all those stayed intact,” Marois said.

Also intact, the engagement ring and the wedding ring Lister has been hiding until their big day. He says the firefighters went above and beyond when they told them about their wedding plans.

“I can’t imagine them looking around for a little ring in the bedroom, and he comes out with a ring and a dress,” he said.

With the remarkable recovery of the precious symbols of their relationship Lister and Marois are pushing forward.

“It’s a sign. They came out with the ring and dress. You guys got to keep going, and we had the best friends ever for support,” Lister said.

Neighbors made sure the couple had a place to stay and kept their spirits up. Lister says while he’s glad to have the wedding dress and rings, He wanted to make sure his fiancee was okay.

“I said that’s great. The best thing made it out,” he said.