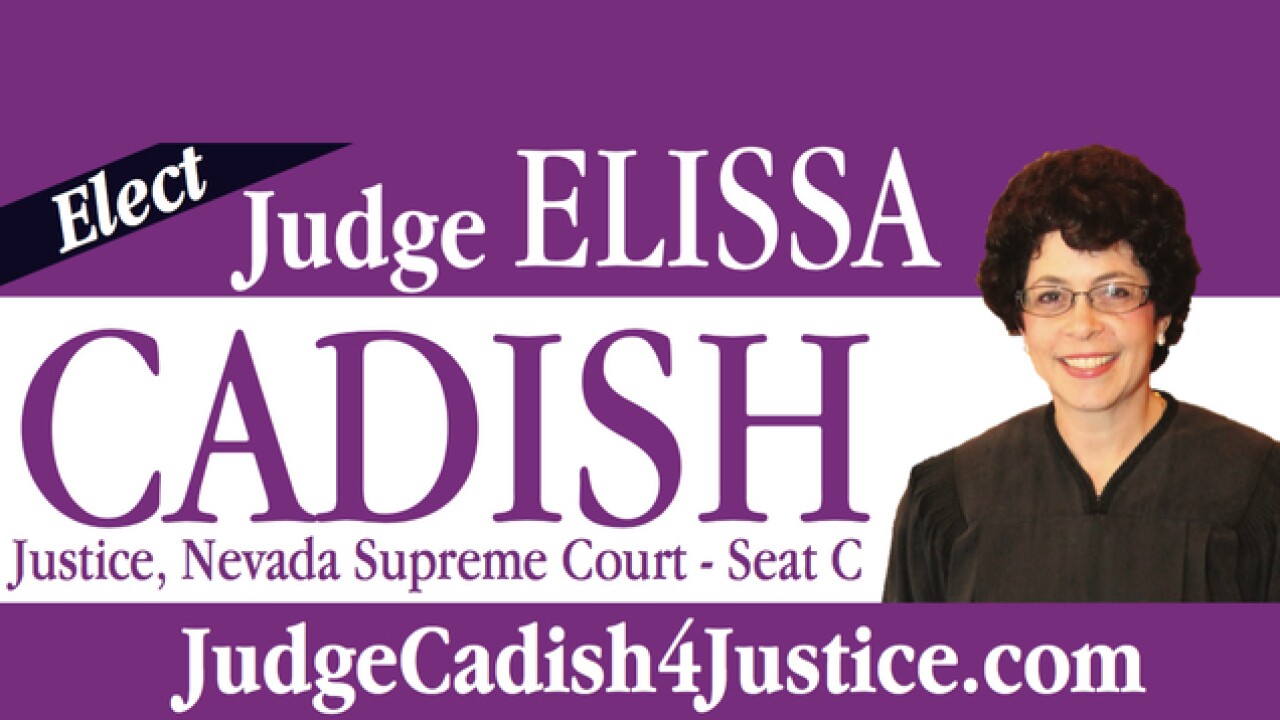 Elissa Cadish has been elected to the Nevada Supreme Court.

Nevada is just one of 14 states that use contested, nonpartisan elections to select judges.

District Court Judge Elissa Cadish threw big money at the race for Seat C, which was formerly held by Michael Cherry who did not seek re-election. Cadish was endorsed by the Nevada State AFL0 CIO, the Nevada State Education Association and Culinary Workers Union Local 226.

According to the Las Vegas Review-Journal, she raised more than $626,000 for her campaign. That was $500,000 more than opponent Jerry Tao.

Tao was appointed to the Nevada Court of Appeals by Republican Gov. Brian Sandoval in 2014. Cadish, who is a Democrat, has served as a Clark County district judge since 2017. Both Cadish and Tao have ties to former Republican Sen. Harry Reid.

Tao said during his campaign that he his concerned about the huge backlog faced by the state's highest court. Tao has also described himself as a "textualist," which means he gives more weight to the Constitution vs. the intent or purpose of a law. Tao was endorsed by the National Rifle Association during his campaign.

Cadish said during her campaign that she supports judicial efforts to study the bail system, which has been widely criticized for keeping the poor in jail.

Harter called himself a "strict constructionist" during his campaign and said that courts need "to start following laws rather than creating the law." Harter was very critical of his opponent during the campaign and of Gov. Brian Sandoval.

Justice Stiglich has consistently received high marks since her appointment. Stiglich is known for her concern about access to justice for those who lack an attorney and she is on the committee that oversees funding of specialty courts.

The Associated Press predicted Stiglich would be named the winner with 46 percent of the vote on Wednesday morning.

Judicial races in Nevada are nonpartisan and the code of conduct for judges states that it is impermissible for judges to align themselves with a political party.