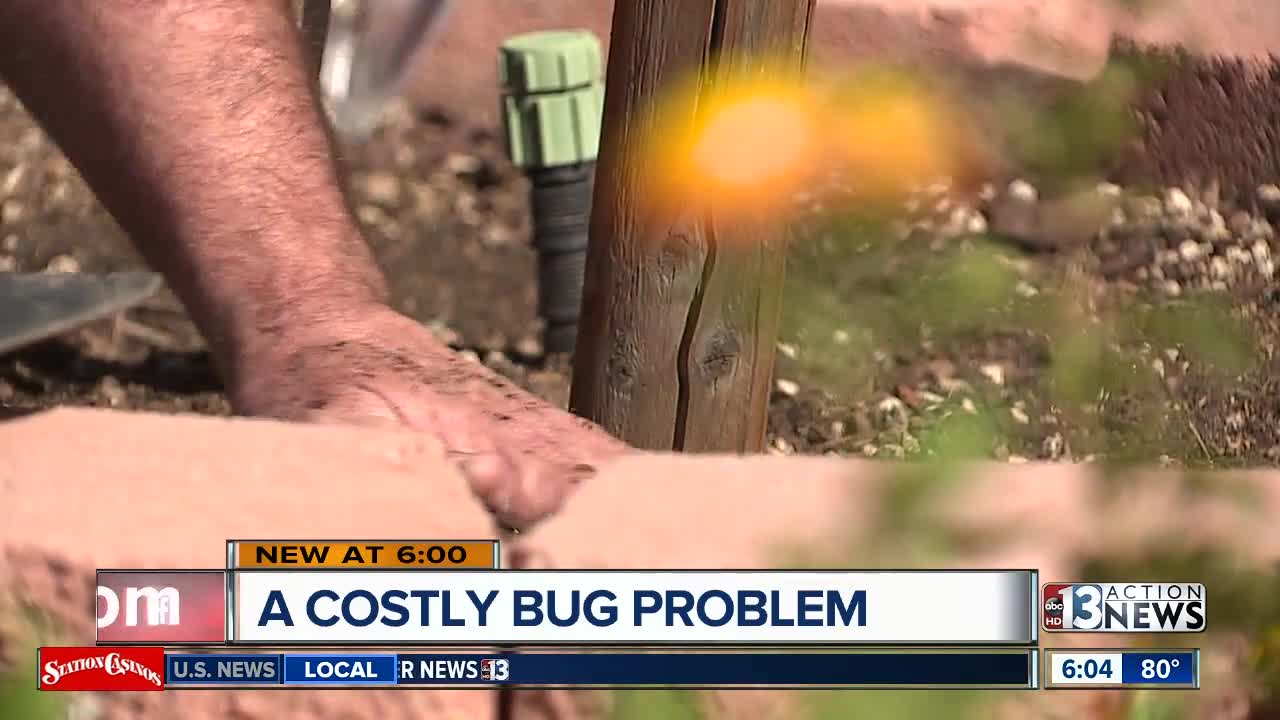 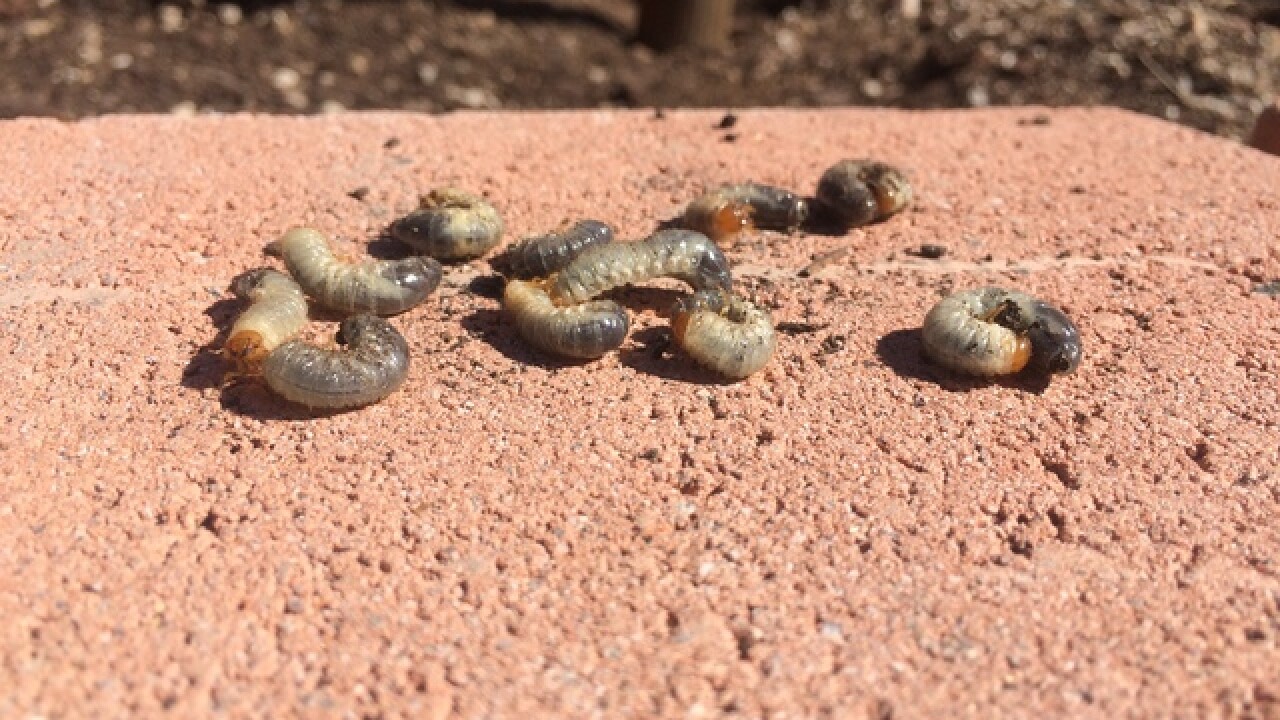 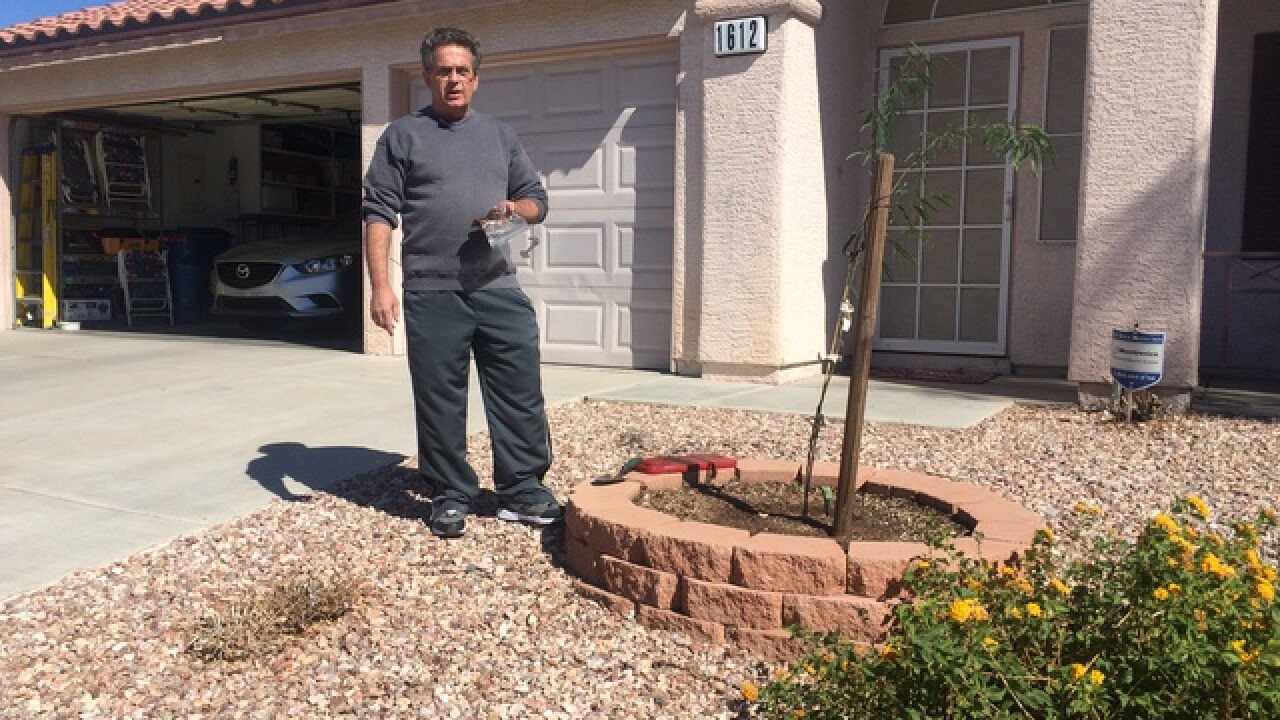 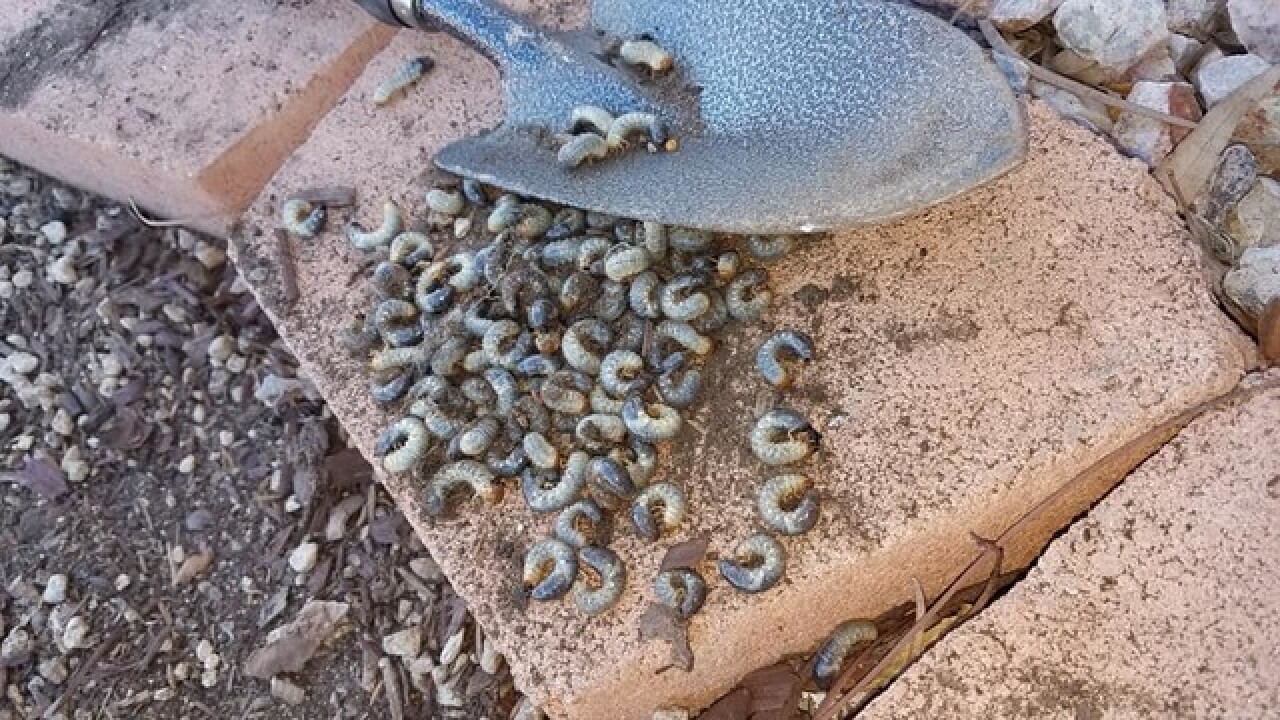 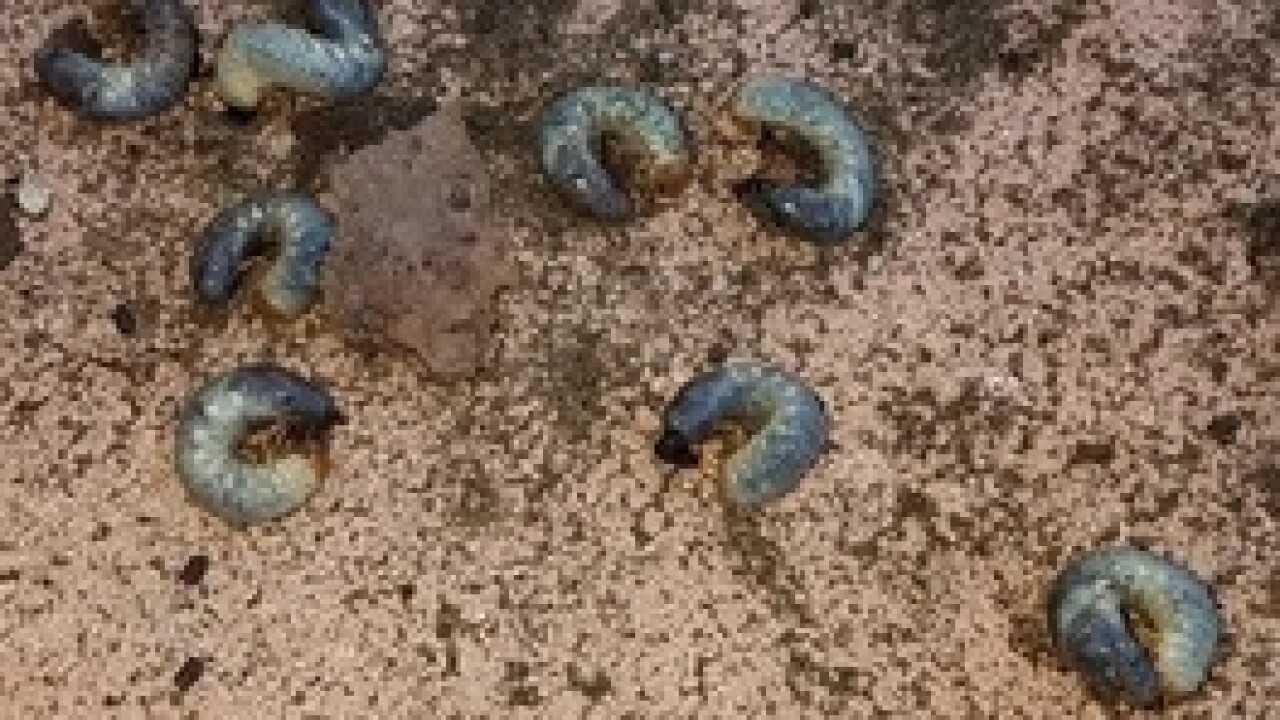 Residents in an east Las Vegas neighborhood are dealing with a costly bug problem that many say are destroying their yards.

Greg Downing has a home with expansive landscaping. He takes pride in his yard but also has been fighting off an unwelcome guest that’s been trying to make itself at home.

Slimy, crawling grub have been eating away at nearly everything outside of his house and others in a neighborhood near Charleston and Hollywood Boulevards, according to neighbors.

“When I dug this out, these things came right to the surface,” Downing said.

Residents said the grub are feeding on the roots of trees and plants in the neighborhood and have spent hundreds of dollars to replace lost vegetation.

“When I pulled that last dead tree out of here I dug the hole out and it was inundated with these worms," Downing said.

But he isn't the only one with this problem, as at Vernon Campbell's home she said she is dealing with a similar situation.

“I lost half my front yard and all of my backyard," Campbell said. “It’s very frustrating when I have to keep redoing the yard every year and I'm getting to tired and too old to keep doing this."

Folks have been fighting off the bugs by spraying pesticides, which seems to be working, but many said they just can't keep up with the growing number of critters.

“Maybe I should have figured this out a little sooner because it would have saved me on buying all the trees,” Downing said.

13 Action News reached out to the Nevada Department of Agriculture to see if they had any advice for these neighbors.

“Based on the photos, these appear to be the larvae of a type of June beetle, commonly known as white grubs,” said Jeff Knight, state entomologist.

“To accurately identify which specific species, and whether it’s causing trees to die or feeding on the already-decaying material, members of the public can send or drop off samples to our office.”

Click here for more information from the Nevada Department of Agriculture.