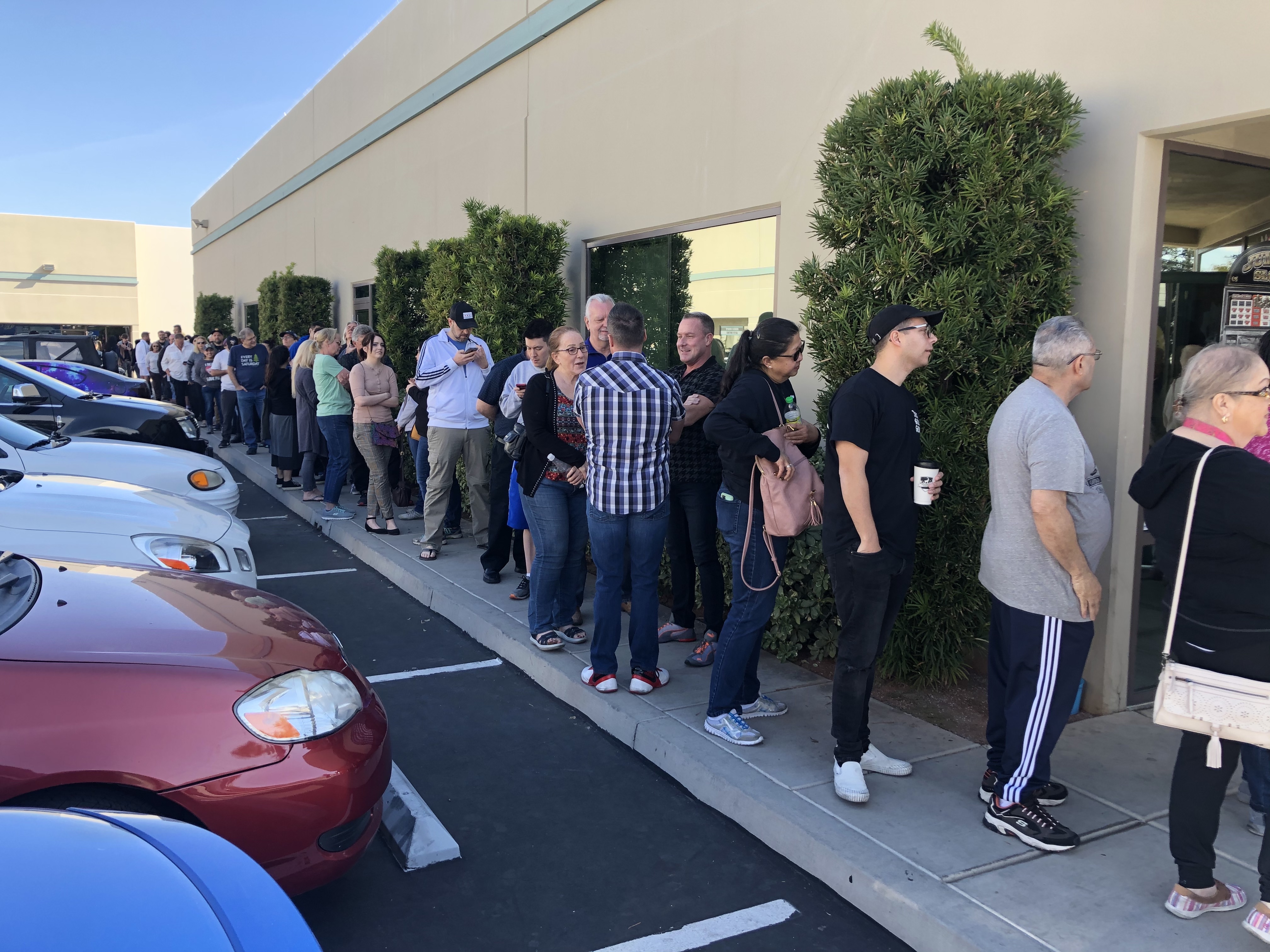 There were 26,000 people who participated in early caucus voting the first two of four days.

LAS VEGAS (KTNV) — The third day to vote early in the Nevada caucus fell on Presidents’ Day, with lines of people filling voting locations across the state.

According to the Nevada Democrats, the first two of four days of early voting brought 26,000 people. Tuesday is the final day of early voting, and Caucus Day is on Saturday.

At one early location near Spring Valley on Cameron Street, people waited one to two hours on average.

New York City Mayor Bill de Blasio made a surprise appearance there, shaking hands with voters and thanking them for taking the time to wait in line.

“This is an amazing thing." said de Blasio. "Right now Nevada is the most important place in the United States of America. This is where the future is going to be determined."

He also addressed the concerns looming over Nevada after Iowa’s caucus issues.

“What happened in Iowa was wrong and it’s painful for all of us as Democrats," he said.

"But I think the fact that it happened woke everyone up to the idea that you’ve gotta really plan this stuff carefully and have a backup system," said de Blasio. "I don’t have a doubt in my mind that the Nevada Democratic Party has accounted for that."

Chair of the Nevada Democrats, William McCurdy, also spoke at the same location, addressing the Iowa concerns as well.

“We’ve done a lot of work here and what happened in Iowa will not be in Nevada," said McCurdy.

"As soon as we heard what was happening on the ground in Iowa, we put our heads down and we got to work," he added. "We made sure we put together a process and allowed for the training for our volunteers and our precinct chairs to feel confident."

Visit NVDems.com for a list of early caucus voting locations.