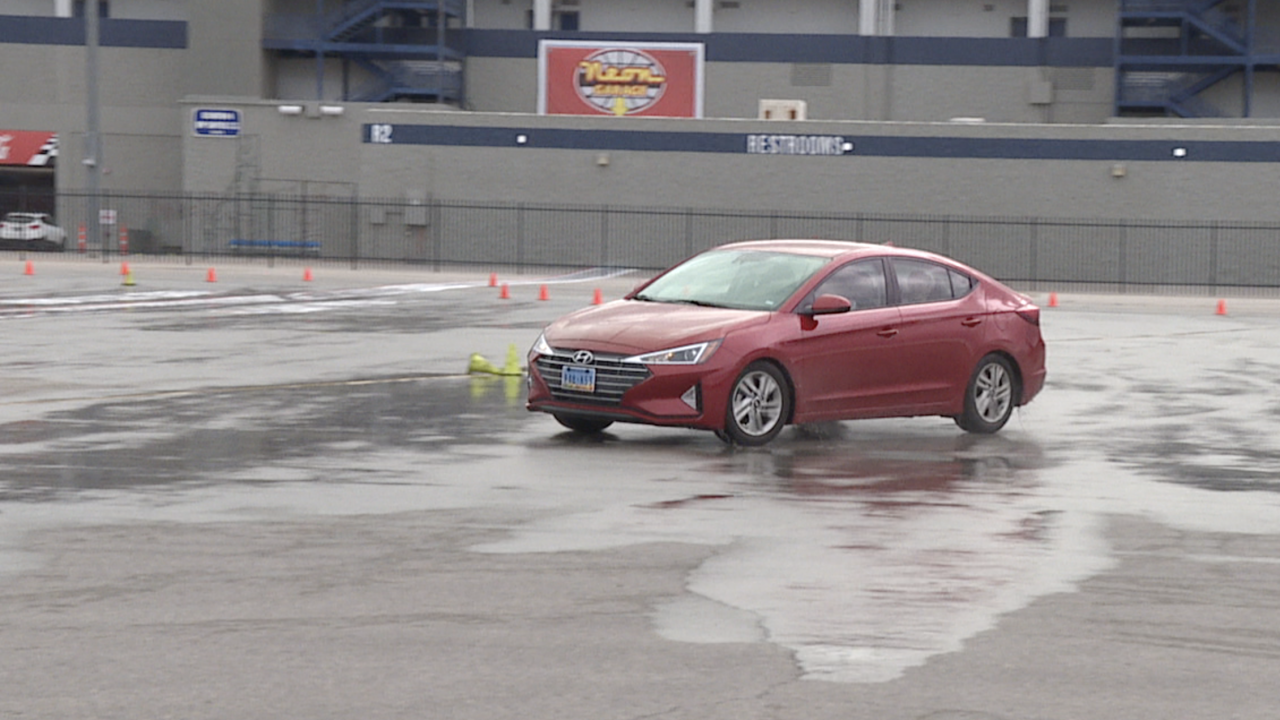 Young drivers were given lessons that could potentially save their lives and others. It’s all to make young drivers more aware and safer on the road. LAS VEGAS (KTNV) — With his car sliding sideways, it may have looked like 16-year-old Chris Schwarz is training to be a rally course driver.

But over the weekend Schwarz was actually learning valuable skills on a skid course.

“He just kept on saying keep your eyes where you want to go, and I was keeping the eyes on the prize. I was just staring at it. I wanted it,” said Schwarz moments after taming an an out of control vehicle with help from his instructor.

“It’s extremely helpful to know how to drive in any condition and know how to do evasive maneuvers, or whatever you have to do to protect yourself,” he said.

It’s all part of Driver’s Edge, a free half day program that teaches real life emergency avoidance and overall driver safety. It’s aimed at anyone 21 or younger getting their license or permit.

The organizer says it gives the young drivers real-world skills.

“The whole idea with the Driver’s Edge program is to get young drivers behind the wheel and experience what can happen in emergency situations. What happens if your vehicle loses traction? What do you need to do to avoid that obstacle?” said Todd Payne, CEO of Driver’s Edge.

The nonprofit partners with organizations like the Nevada Highway Patrol to ensure young drivers are prepared for the road.

NHP says teen drivers are considered high-risk due to their relative inexperience and more teens die from car crashes nationwide than any other cause.

“They only make up 6.4 percent of all drivers, but they’re involved in 15 percent of all crashes and 13 percent of all fatalities. We’re trying to get those numbers down and get some of that experience,” Sgt. Travis Smaka said.

Parents and grandparents alike say they are glad to see a program like this.

“This will alleviate some of the fear, and the awesome part is, I’m also learning,” Pam Sylvan of North Las Vegas said.

13 Action News reporter Jeremy Chen even took it upon himself to learn a few things about controlling a skidding car, failing the first time before getting the hang of it.

Schwarz says the program has taught him skills that he feels can not only save his life, but the lives of others.

“It’s life. You only have it once, so you need to do anything you can do to prevent that, and obviously this is extremely helpful.,” he said.

To learn more or register for a Driver’s Edge class visit DriversEdge.org.