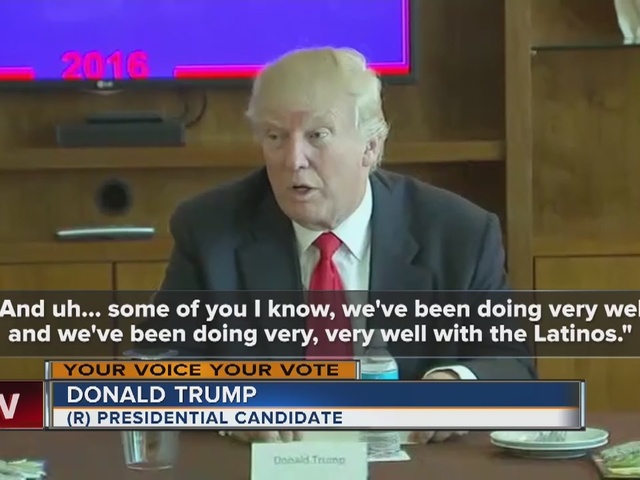 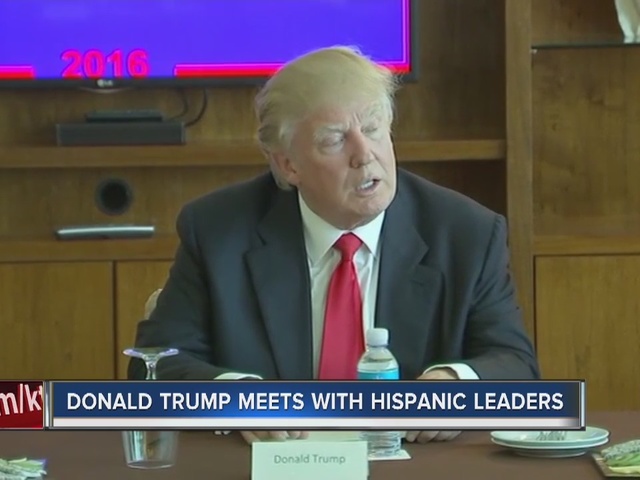 "We've been doing very, very well with the Latinos," said the Republican nominee for president. “They want to see jobs come in. We're going to bring jobs."
The low-key meeting comes after Trump canceled a previously scheduled campaign stop in the valley, where he was supposed to talk about immigration reform.
"It was a very productive meeting," said Jesus Marquez, who's on an advisory committee to Trump, was in that meeting. "He was listening to all the suggestions. He was taking notes."
Marquez tells says immigration was low on this list this time. “Trump was acting very attentive for us," he said. "[Trump] was very concerned about Hispanics in terms of jobs, the economy. And he's also concerned about securing the border."
Trump is taking a hard-line on immigration reform, promoting controversial policies, vowing to deport undocumented Mexican immigrants and build a wall on our southern border. He has also suggested a Hispanic judge overseeing cases against Trump University is incapable of being fair and referred to undocumented immigrants as rapists and robbers, leading many to blast Trump as anti-Hispanic.
When asked if he thinks Trump is creating an atmosphere of bigotry or divisiveness, Marquez responded, "No. I really believe he needs to change his tone, his rhetoric. If he focuses on policy, on jobs, education, border security, those things can resonate among regular hard-working Americans, including Hispanics who are hard-working Americans."
ORIGINAL STORY

Trump's Nevada campaign confirmed that the candidate met with several dozen local Hispanic leaders for a round table discussion Friday afternoon at the Trump Hotel Las Vegas near the Strip. The event was closed to local media members, including KTNV.

A portion of the event was open to national press, who reported Trump saying the campaign was doing "far greater than anyone understands" in attracting Latino voters.

The Republican presidential nominee is also scheduled to appear and speak at a fundraiser for the campaign and Nevada Republican Party at Harrah's Lake Tahoe in Stateline. A spokesperson for McCarran International Airport confirmed to KTNV that the candidate's plan flew into Nevada around 8 p.m. last night.

Pretty sure that's Irma Aguirre, a Vegas biz owner, in that pic. https://t.co/vD2jc2218j

Trump was originally scheduled to be in Las Vegas for a rally at the South Point Arena. However, he canceled the rally earlier this week.