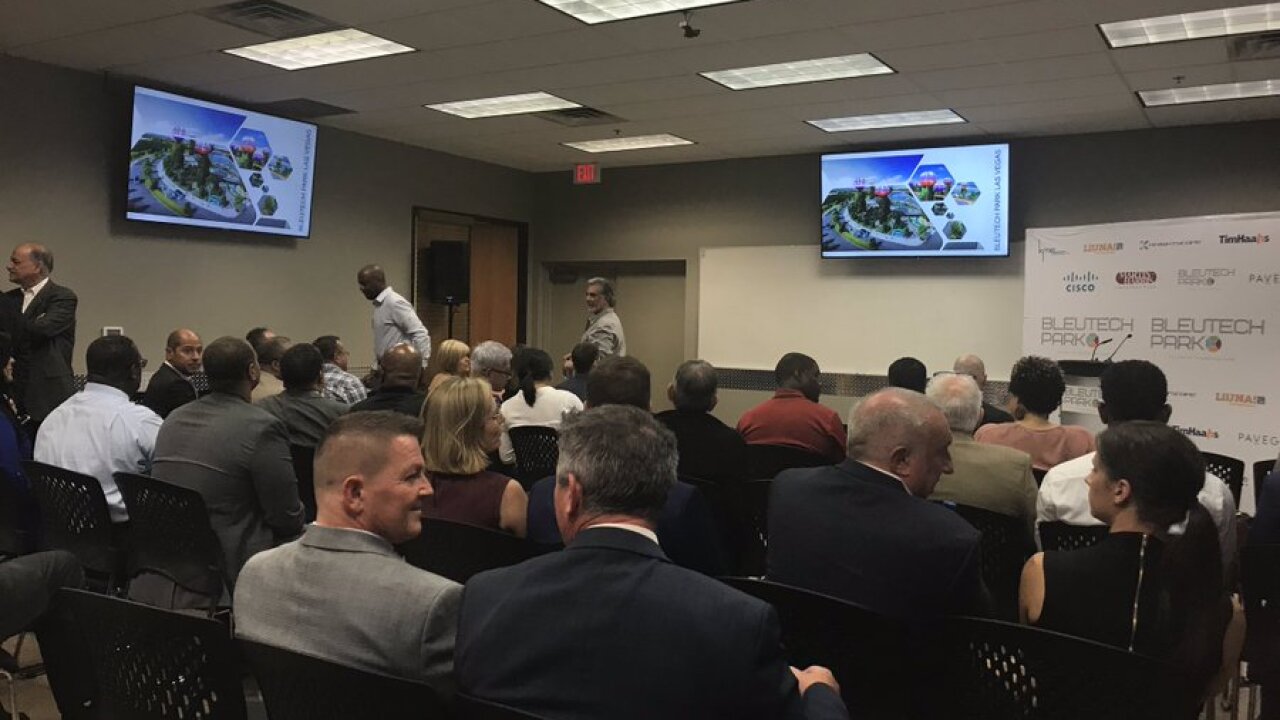 Once completed, the property is set to include workforce housing, offices, retail space, a hotel and entertainment venues.

The project is estimated to cost $7.1 billion.

Some of the new technology includes renewable energy sources like solar, wind and water to autonomous vehicles and robotics.

“Las Vegas will once again be at the forefront,” says Tom Letizia, spokesperson.

“This project came at the right time, it’s utilizing these technologies that have been sitting there for someone to put them together and this group has been able to do this.”

The big question remains: where will BleuTech sit?

BleuTech Park was set to make that announcement Wednesday but later said they would not disclose the location because of one holdup.

Job creation is expected to exceed 25,000 and provide on-the-job training programs with the latest technology to train the construction workforce of the future.