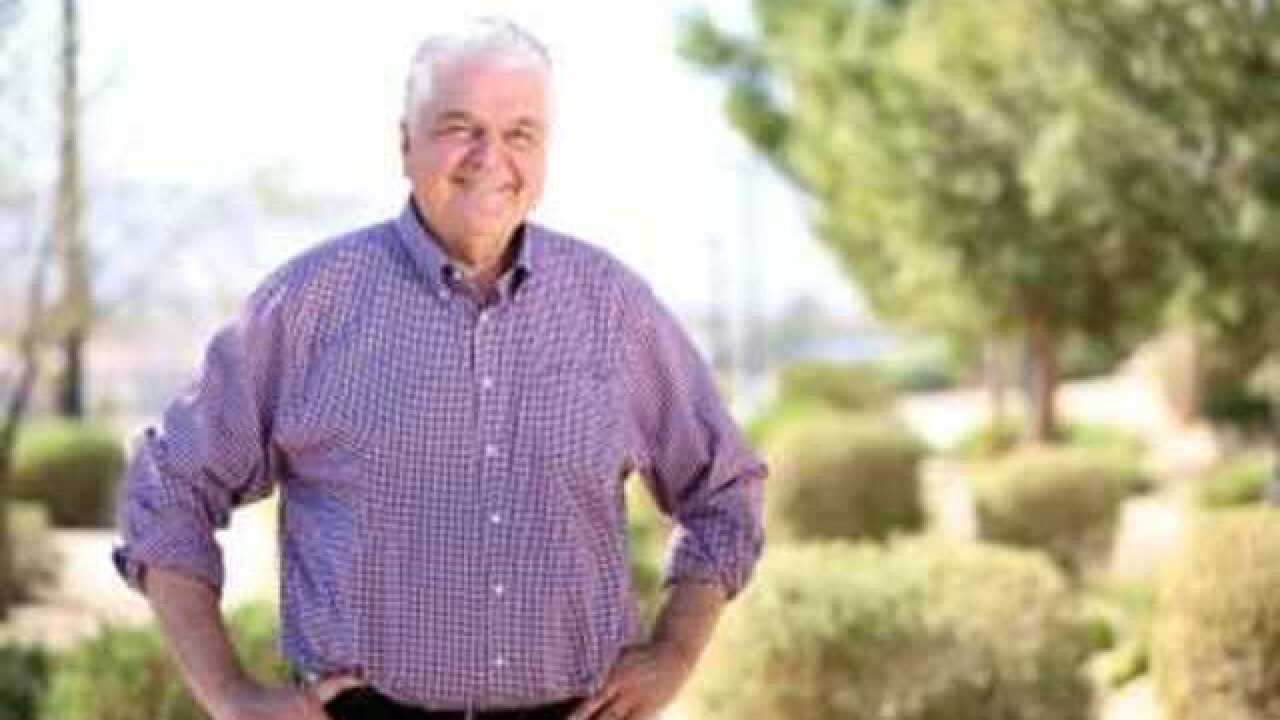 Democrat Steve Sisolak has been declared the winner in the race for Nevada governor. Sisolak received 49,78% of the vote compared to 45% for Republican opponent Adam Laxalt as of 11:52 P.M.

Nevada’s past 3 governors have all been Republicans. The last Democrat to serve as Nevada’s governor was Bob Miller who ended his term in January 1999.

Sisolak was elected to the Clark County Commission in 2008 and currently serves as chairman. Prior to that he served for 10 years on the Nevada Board of Regents.

During the campaign, Sisolak advocated for increased funding for public schools. Like many other Democratic candidates, he is also in favor of healthcare that covers pre-existing conditions.

He is known for creating the Las Vegas Victims' Fund GoFundMe after the 1 October shooting. Sisolak was also a big advocate for the Oakland Raiders move to Las Vegas.

What an incredible night to call the Silver State home!

Because today, you did it. Today, people from every corner of the state stood up and turned out to say it’s time to bring people together; it’s time to prioritize our schools, our jobs, and our health care; it’s time to stop the petty politics and get things done!

And that’s exactly what we’re going to do, Nevada!

I received a call earlier from Adam Laxalt, who congratulated our team on a hard-fought campaign. The truth is Adam and I have very different views about where Nevada needs to go, but I appreciate his call.

And I want all of you to know that no matter who you voted for, I will work my heart out for you.  Because this election is about you. It’s about putting your priorities first and that’s what I’m determined to do as your next governor!

Now, I can’t say another word without first thanking some people who helped get us here tonight:

Thank you to my campaign team and all our volunteers. You certainly kept me going — whether I liked it or not. I’m so grateful for your hard work that got us here tonight.

To all my teammates on the ballot — you made the ticket stronger and the party stronger, and you will make the state stronger. Thank you.

Now, to the most important people in my life.

There are two stars of the campaign, whom you should all recognize by now. In fact, after all those TV ads, I think some folks were wishing they could vote for the two of you instead of me.

Ashley and Carley — I’ve watched you grow into amazing, talented, beautiful women.  And you’re absolutely the two best daughters a dad could ask for.

You both willingly stepped out into the public spotlight when I made the decision to take on this challenge and have been with me every step of the way.

Tonight is special, but I want you to know that being your dad, raising you on my own, is the most important job I’ll ever have. I love you.

And, Kathy, my soul mate, I simply couldn’t have done this without your love and support. Having you by my side has kept me going through this tough campaign; I love you and I can’t thank you enough.

You know, growing up, my family didn’t have a whole lot, but we had each other. And I’m so happy we have each other still. My mom, and my sister, Sue — I love you both.

To my mother, you made me who I am today, and throughout this entire campaign, you never let me forget who I was.

My mom turned 92 just the other week, so I’ll say it again, and hopefully this time it’s just a little more special — Mom, happy birthday.

And, finally, I want to talk about my dad. He’s not with us anymore, but I know how proud he’d be if he were.

He was a blue-collar guy, a worker on the GM line. And the reason I ran — the reason I’m standing before you right now — is because of something he used to say to me. He’d say, “you need to leave your community better than you found it.”

I’m here because I know the promise and hope of what we can accomplish when we work together to improve the lives of our families, our neighbors, our communities.

I’m here because of those words, and because of hardworking folks just like my dad.

I’m here because of all of you.

In June, I stood at a podium and said our next governor needs to be bold. Needs to bring people together to get things done. Needs to deliver.

Well, Nevada, it’s time to deliver. And that’s what I’m going to do.

I’m going to deliver for every Nevadan. And I’ll tell you what — we’re going to do it together, as one Nevada.

Because this isn’t about politics.

It’s about giving every family the chance to succeed.

It’s about our educators! It’s about supporting our teachers who’ve been digging into their own pockets to buy snacks and school supplies for their students. Educators, I’ve got your back.

It’s about every family who sits at the kitchen table worried about a medical bill or wondering if the coverage they have today will be there tomorrow.

It’s about the elderly couple I met who couldn’t afford two copays, so they cut their blood pressure medication in half. No family — regardless of income, pre-existing conditions, or zip code — should have to choose between getting the care they need and putting food on the table. I heard you — and I’ve got your back.

It’s about the young woman I met, Daisy, a special education teacher and a DREAMer. Daisy is there every day for her students — and as governor, I’ll be there for her. DREAMers, I’ve got your back.

It’s about the young man I met earlier this year, working at the Raiders/UNLV stadium site, who jumped down from his truck to shake my hand and tell me it was the first job he’d had in 18 months. It’s about Denise, a welder who found work in Washoe County, and is now forging a future in Nevada. Nevada, we’re going to keep building. We’re going to keep moving forward.

It’s about all of our union men and women making Nevada union strong!

And it’s about all the folks who saw some of what’s been going on in this country and said enough’s enough. They sacrificed their time, made phone calls, knocked on doors, gave rides.

It’s about every single one of you.

No matter who you voted for — if you call Nevada home, I will deliver for you.

I will deliver by fighting for every family, every Nevadan, every day.

And when I say every Nevadan, I mean it.

Let me just say this. You know, we’ve seen a lot of ugliness in this world lately. From the horror we all witnessed just a couple miles from here on 1 October, to the recent violence aimed at political figures, the fear-mongering, and the hate crimes.

But here in Nevada, we knew that wasn’t who we are. We knew Nevada was better than that.

And this year, this election, you proved us right.

Right here in Nevada, we can set the standard for what better, more compassionate, more decent politics can look like in this country.

We’ll be one Nevada, working together — and that work starts now.

We did it! I’m honored by your support, and honored to serve as the 30th governor of our great state.