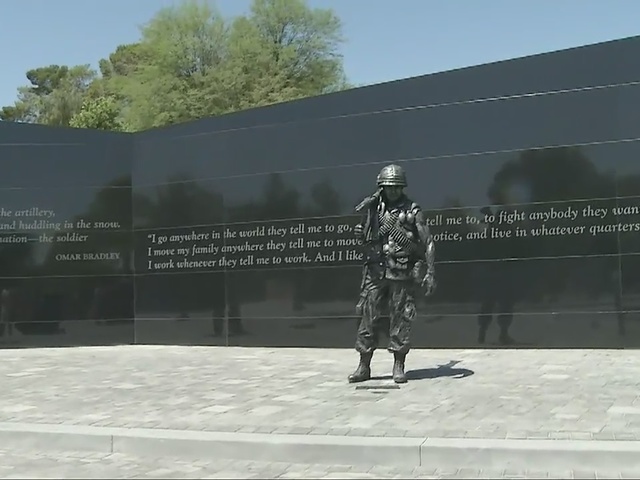 The Las Vegas Veterans Memorial was dedicated May 27 in a special ceremony. 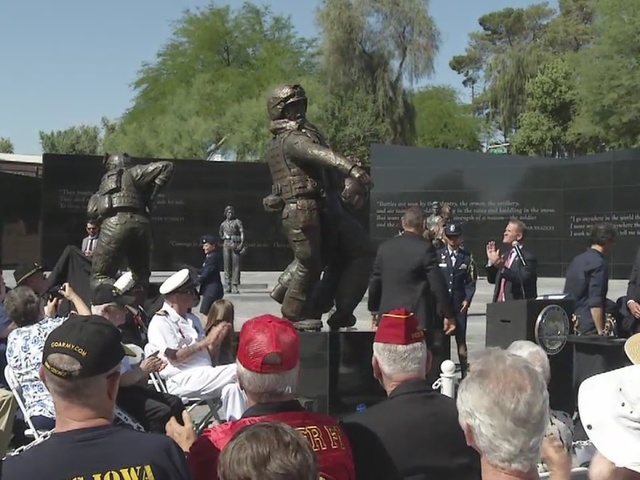 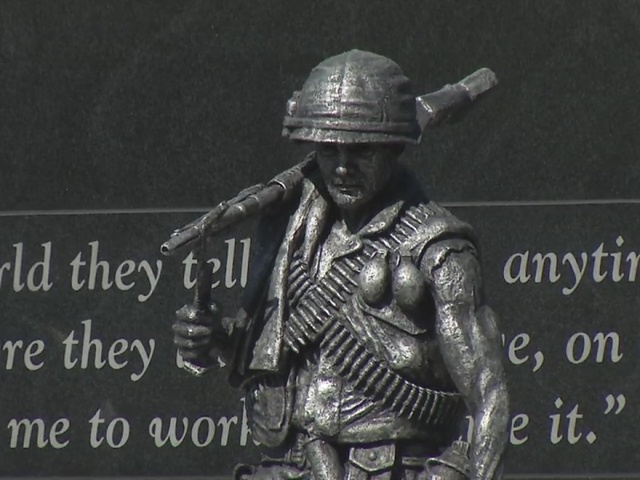 By: Parker Collins
Posted at 11:30 AM, May 27, 2016
The Las Vegas Veterans Memorial was dedicated today in a special ceremony.
The ceremony was hosted by Gov. Brian Sandoval and was attended by various officials, special guests and local veterans.
The memorial is a national monument that recognizes the service and sacrifice of American veterans and their families. The two-acre memorial and park in downtown Las Vegas features 18 larger-than-life statues representing soldiers from the Revolutionary War to the Global War on Terror.
Renowned sculptor Douwe Blumber was commissioned for this project after a nationwide search. He has been working on the project for almost 3 years. The project took nearly 5 years total to complete.
The site will be open to the public beginning May 28. The memorial is located at 555 E. Washington Ave. near Cashman Center.