UPDATE MAY 30: Clark County officials told 13 Action News that the dead chickens have been picked up. Animal Control will be investigating further.

LAS VEGAS (KTNV) -- People living in east Las Vegas have been dealing with a mystery for the past month: dead chickens are showing up in multiple areas stuffed in bags.

Joette Luiz found a chicken near Bonanza Road and Fogg Street and posted about it to Facebook.

"They've been finding them all over on the east side," said Joette Luiz who said she's heard about five or six similar discoveries so far.

Down the street from Joette, neighbors living near Sloan and Bonanza said a chicken has been rotting since Friday.

Calls to animal control went unanswered over the weekend.

13 Action News tried to reach animal control Monday, but the offices were closed for Memorial Day.

A dispatcher with 311 told us the chickens would be cleaned up, but could not guarantee when someone would be sent to do the job.

Neighbors aren't only worried about the potential biohazard. They are also concerned about where the chickens are coming from.

"We're hypothesizing whether it's some sort of a ritual or if it's just cock-fighting which isn't okay either," Luiz said.

Last week, a spokesperson for Clark County said animal control had not received any reports of dead chickens on the east side. 13 Action News plans to follow up.

Map of locations where chickens were reported 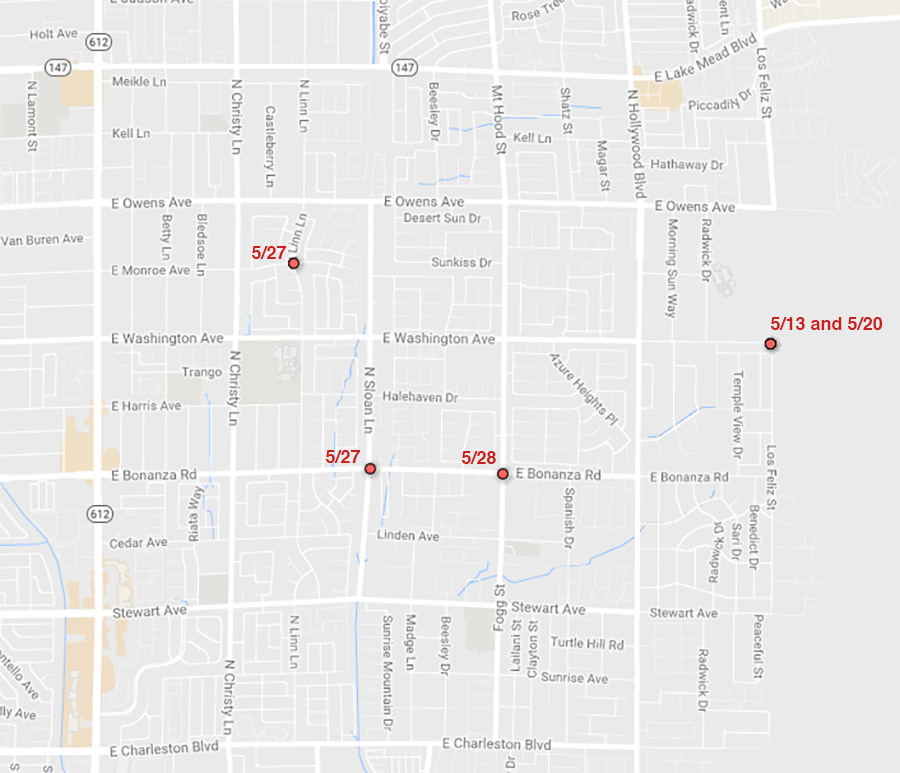