Thursday was the official unveiling of the alley in downtown Las Vegas that has been transformed. 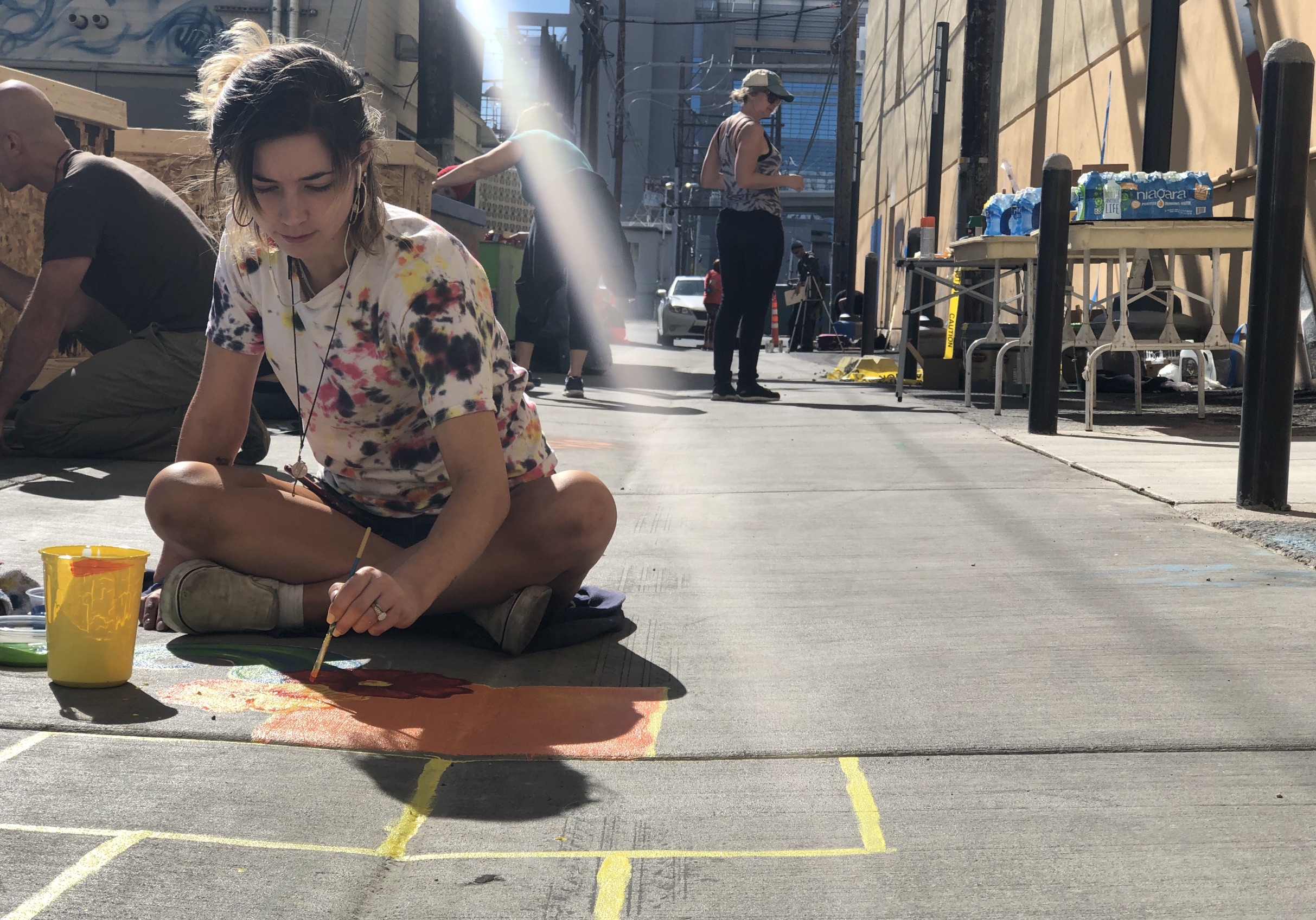 ORIGINAL STORY
Eight years ago, it started as an idea for one Las Vegas man and now, it’s finally coming true.

Todd Kessler said he’s been involved in many revitalizing projects in the downtown Las Vegas area, but this has been the most transformative. The alley behind Donut Bar and Carson Kitchen in between Las Vegas Boulevard and Sixth Street has historically been a gross and dangerous stretch filled with needles and waste. Now, Kessler is turning it into a family-friendly creative place decorated by local artists.

After multiple years of getting the idea approved by the city and local businesses, Kessler is taking the steps to add the art.

Tuesday, he hosted an open call to local amateur and professional artists to create any concept they wanted. Artists painted street lights, poles, walls and the ground, transforming the strip for a normal alley to a work of art. There will also be interactive exhibits, such as a piano for people to play, a give-a-book/get-a-book case, a puppet show and also a confessional. The displays will be locked at night to keep them safe.

“Gives people the idea that Vegas isn’t just about losing your money and getting wasted, it’s a place that you can come and see beautiful things and have a good time with people that you love in a more productive manner,” said Azia Skeen, an attendee and also First Friday’s art curator.

Another element that was painted by artists is large planters. These planters are a collaboration with Caridad, and will be maintained by veterans transitioning out of homelessness. Organizers say the produce grown in the planters will then be given to local businesses and restaurants, creating a collaboration among all.

Kessler said that another perk of the space is eco-friendly. He said that by moving the dumpsters out of the alley and into a confined space, combined with the addition of recycling, it's cheaper and also better for the environment.

There will be an official opening in the ally on Feb. 20 at 2 p.m. with special speakers and a look at the finished result.