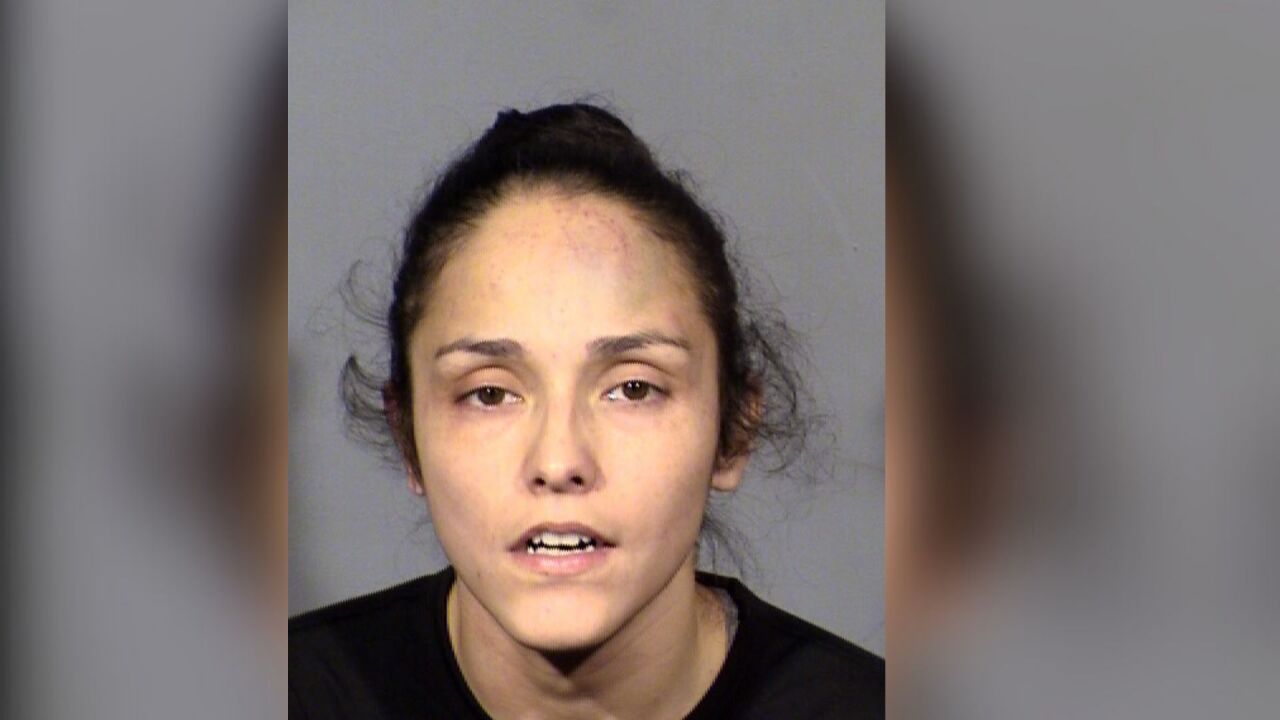 UPDATE DEC. 23: The arrest report for Grissel Gonzaga provides more details about the fight that left a man, identified as Travis Smith, dead.

The report says that Gonzaga claimed that the fight was "mutual." She said that she had traveled from California to surprise her ex-girlfriend. She told police that she entered the home through the broken slider and found her ex-girlfriend and Smith having sexual intercourse in the master bedroom.

She admitted to getting angry and yelling. The man then tried to remove Gonzaga from the residence. Gonzga told police that she went downstairs to grab a knife, but denied stabbing the victim. She did admit to kicking the victim in the head more than once.

Police say they found the victim to be unconscious and not breathing upon arrival. He was transported to a local hospital where he was pronounced deceased.

The ex-girlfriend told police that Gonzaga immediately began attacking Smith when she found them in the bedroom. She says that Gonzaga attacked Smith with a pair of tweezers at that point.

Smith was able to get Gonzaga downstairs again and pushed her out of the house. However, the woman came back inside and continued her attack. The ex-girlfriend said that is when Smith fell to the floor and Gonzaga began stomping his head. At some point, he managed to get back upstairs and call 911.

The ex-girlfriend also accused Gonzaga of chasing her and slicing at her with a knife. She sustained lacerations on her left hand, left arm, left upper thing and left calf. She also had an injury to her right eye and a bloody nose.

Police observed a broken sliding glass door and obvious signs of an altercation on the first floor. Eggs were broken along with glass jars. Contents from the cupboards had also been pulled out. There were also several knives with black handles and a knife block laying on the kitchen floor.

Upstairs, the television and lizard aquarium were knocked over and laying on the floor. A pair of silver-colored tweezers were also on the floor. A knife was found in a Tupperware container next to the bed. A man's western belt and cell phone belonging to the victim were found in the master bedroom closet, which is where officers found the victim earlier.

Police also observed a contusion to Gonzaga's forehead and a small laceration on her left index finger.

ORIGINAL STORY
LAS VEGAS (KTNV) -- A man was killed by the ex-girlfriend of his girlfriend on Dec. 7, according to Las Vegas police.

Police say they received a call at 5 a.m. about a stabbing in a home on Pine River Lane near East Silverado Ranch Boulevard and Pollock Drive.

Upon arrival, they found a man with an apparent puncture wound and head trauma. They also found a woman with lacerations. The man died at a hospital.

29-year-old Grissel Gonzaga was arrested nearby, Police say that the suspect is the ex-girlfriend of the woman who had been cut. The man who was killed was that woman's current boyfriend.

Gonzaga allegedly forced her way into the home on Dec. 7 through a sliding glass door. She found the two victims in an upstair's bedroom and they got into a fight. During the incident, Gonzaga retrieved a fight and attacked the victims.

Gonzaga is facing an open murder charge. She was booked into Clark County Detention Center.

The coroner will release the name of the deceased after notification has been made.