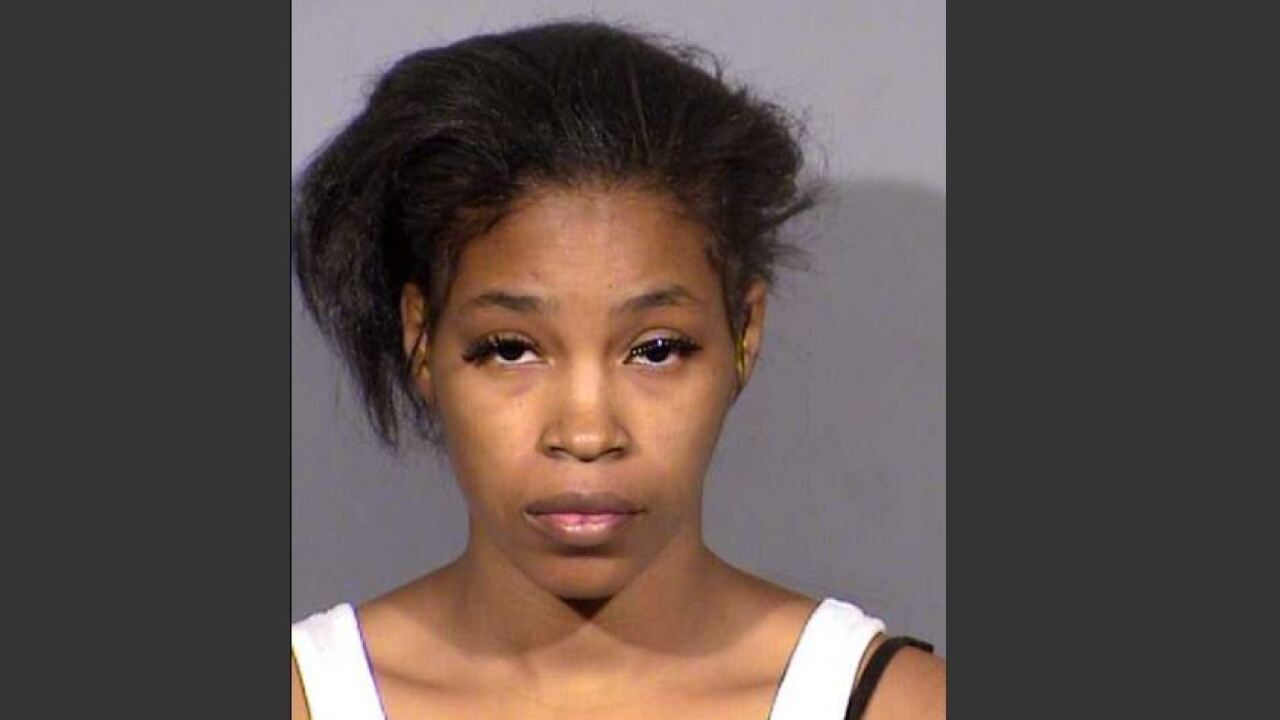 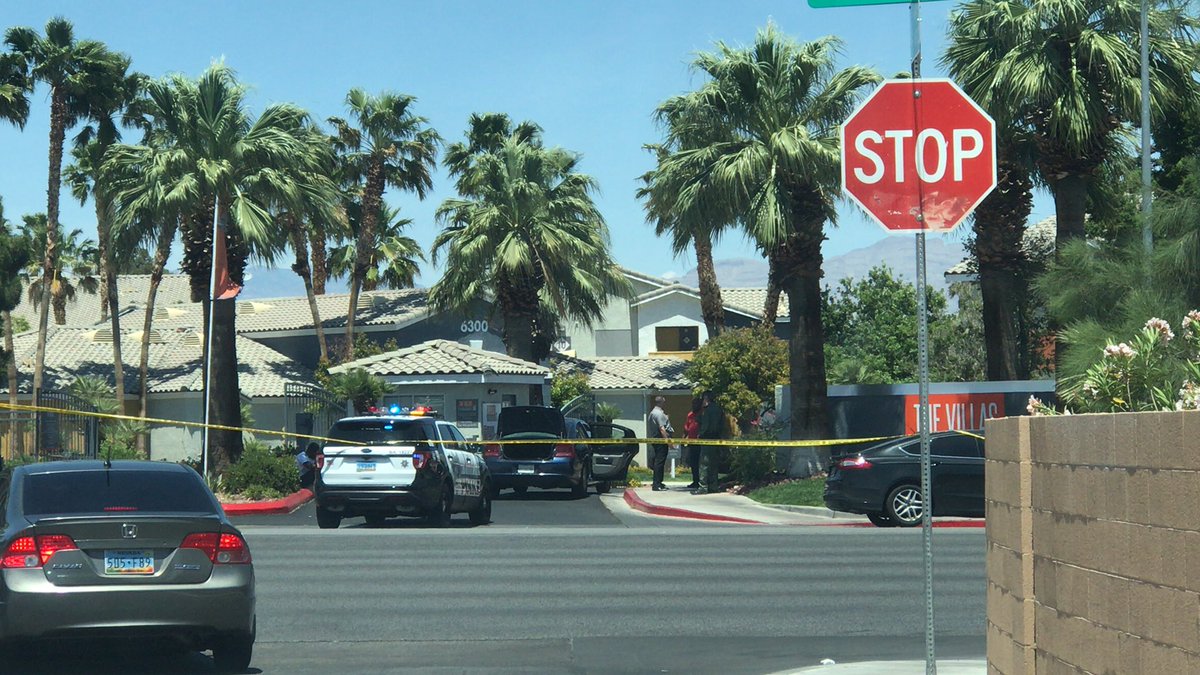 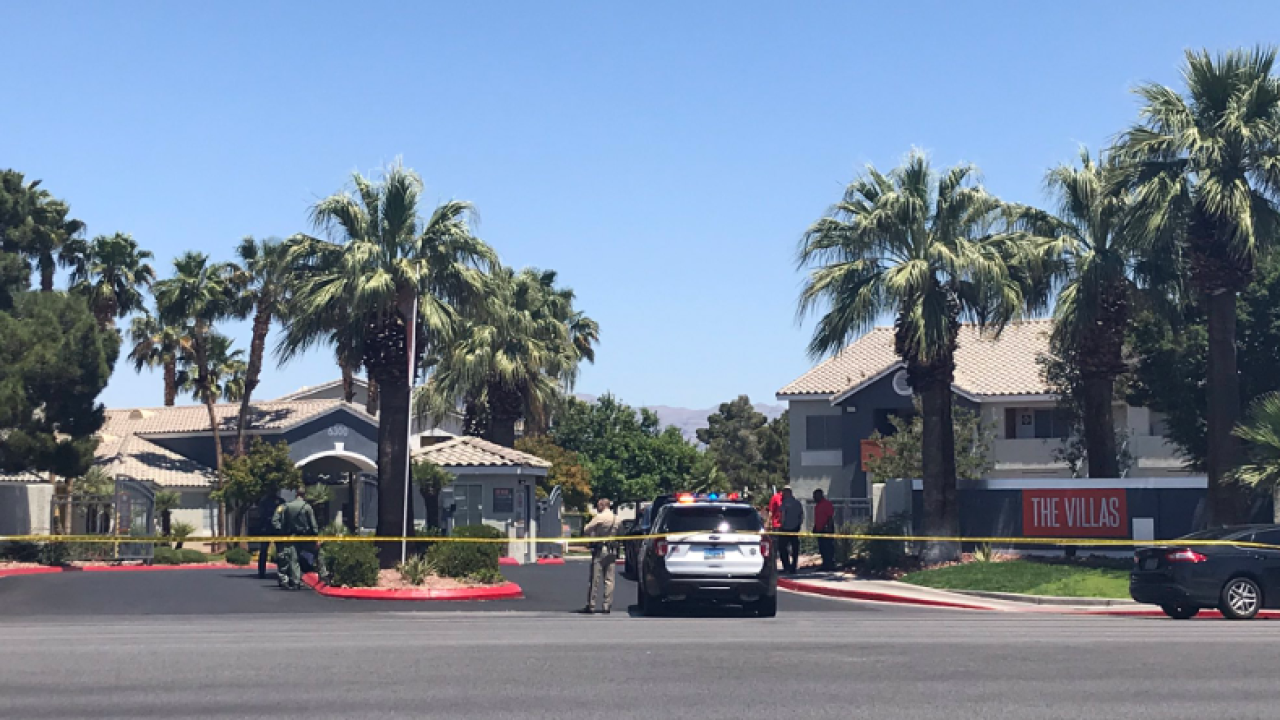 UPDATE MAY 15: The woman who who told police that a car with a baby inside was stolen on May 14 created a false report, according to detectives.

Police say 23-year-old Shavona Miller called 911 and reported the incident deceitfully. Miller was arrested for child neglect, unlawful use of emergency phone number and false reporting of a crime. She was brought into custody and transported to CCDC.

ORIGINAL STORY
LAS VEGAS (KTNV) -- Las Vegas police say that a car with a baby inside was stolen this morning in the 6500 block of Vegas Drive near Torrey Pines Drive.

The incident was reported at approximately 10:45 a.m. Police said a woman was loading groceries into a car when her blue Dodge Charger was stolen.

The car and baby were located shortly after in the 6300 block of West Lake Mead Boulevard near Torrey Pines Drive.

A woman told police she was unloading groceries in the 6500 block of Vegas Drive when a man drove off in her car, child was in back seat. Missing child found, stolen car suspect in custody. @KTNV pic.twitter.com/cns52uU9wD

The Las Vegas Metropolitan Police Department's main concern was for the child's safety as they put out a task force for all police agencies to help with the search.

"To basically converge on the area we call it a grid search. We basically search every street, corner, and every apartment complex, every store - we were looking at every nook," said Lt. Chris Holmes.

He also said this all started with a domestic dispute of some sort between the mother and the supposed father in a parking lot.

Investigators believed at some point, the man drove off with the mother's car with the baby still inside.

Officers then located the stolen car and the child about 15 min after the search began.

Child advocates said in a situation like this it is best to keep your keys close to you, or on you.

"I think the most important thing is to remember to not have the car running," said Jeanne Marsalla, director of Safe Kids at Sunrise Children's Hospital.

She admits hot days in Las Vegas can be a struggle but to avoid your car from being stolen it is best to put children in first.

"Don't put your purse and your keys in the car first. Especially, if you have a car that has a fob," Marsalla said.

Fob keys make it easier for someone to drive off with your child and car since the key has to be within range anywhere inside the car.

"Once they reach out of range without the fob the car will not operate any longer," said Marsalla.

.@LVMPD say it’s a domestic dispute. Child will remain in their custody until investigation in done. LVMPD’s main concern was the child’s safety. @KTNV pic.twitter.com/dHnX2geVSh

And keeping the keys on you at all times will decrease those chances.

"I want to make sure that you keep your keys actually on your body. If you're a woman with a purse you could put the purse in the car as long as it's locked but make sure the keys are kept on your body," Marsalla said.