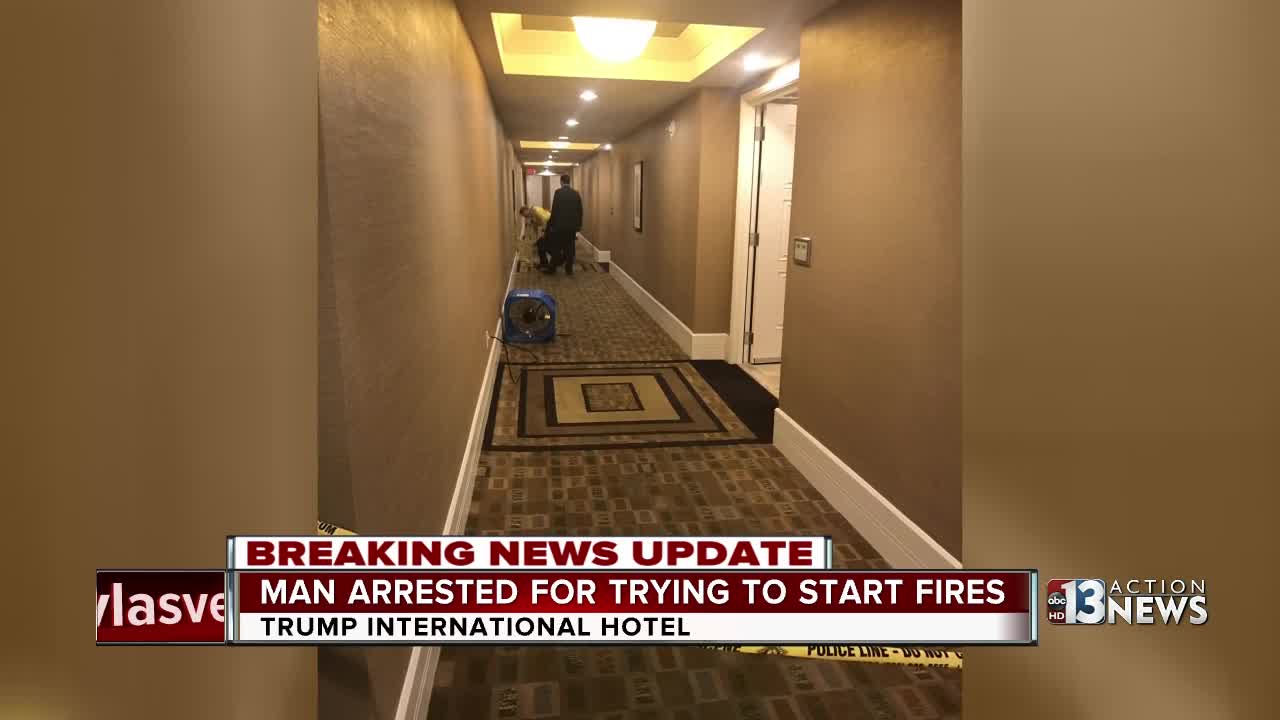 Officials found four devices, two in the bathroom of the pool deck and two others on the 17th floor. Clark County fire said the devices were toasters used to intentionally set fires in these locations. 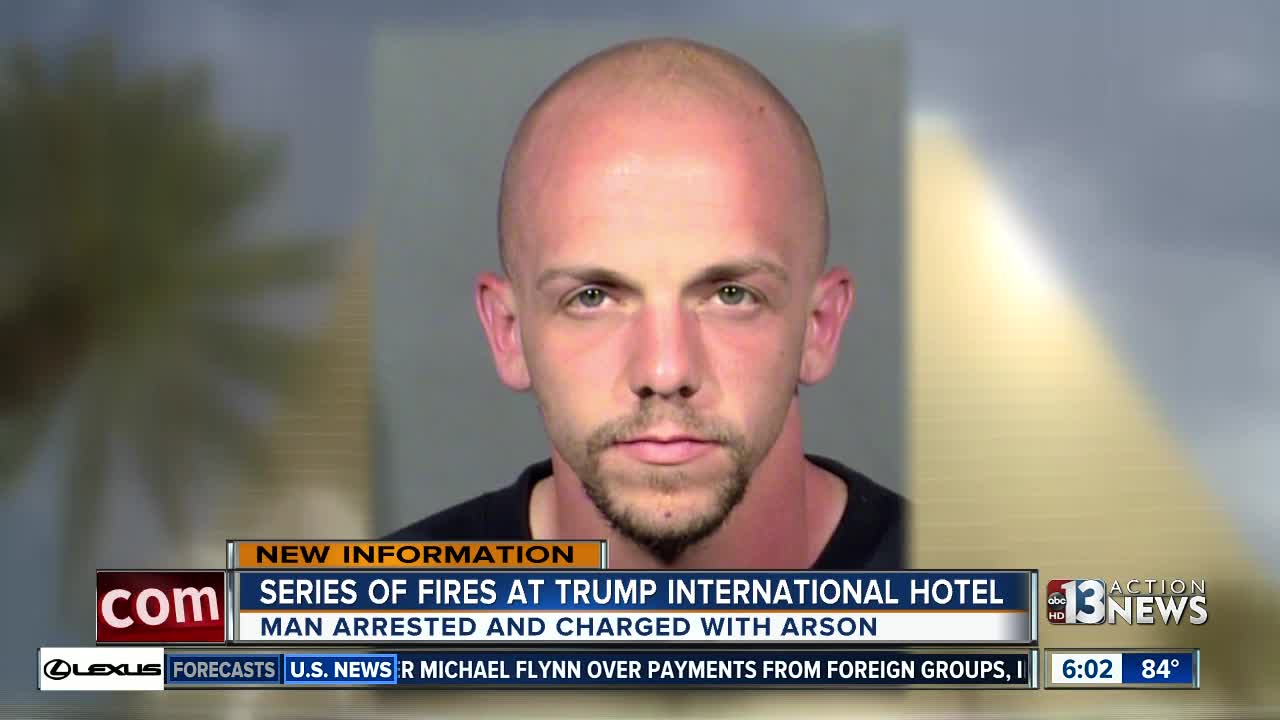 UPDATE ON APRIL 28: The man who was arrested for setting a fire at the Trump International Hotel told police that he had not slept prior to the incident and that he believed he was hearing people talk about him.

Fraley also said he felt "f----- up" from being awake for so long and was also feeling burnt from being out in the sun. He told police he entered the hotel and just started to walk around to see what type of "dumb-f---ery" he could get into on the day of the fire. He admitted that he saw the toasters sitting on a shelf in a closet and said an idea came to him. Although he admitted to taking the toasters from the closet, he would not go into detail about what he did with them.

Fraley was first observed by a hotel employee in an employee only area. According to the report, the employee saw the suspect with 2 toasters in his arms and attempted to make contact with him. However, he walked away. The employee then walked out into the area where the pool deck bathrooms are located, observed smoke, and alerted the hotel's security.

Security was also alerted of possible fires in rooms 1705 and 1706, which are two floors above the pool deck. Security went to the 17th floor and saw 2 toasters with paper products and towels stuffed into them. The toasters were smoking.

Security personnel were able to obtain an image of the suspect through their security system. They then spotted him coming out of a tower elevator in the lobby.

Fraley was booked into Clark County Detention Center after being interviewed by police. No one was injured by the fire by a member of the hotel's security team received minor injuries when Fraley fought back when being detained.

UPDATE ON APRIL 27: Police have identified 28-year-old Roger Fraley as the man they believe set the fires at the Trump International Hotel on Wednesday.

A security guard was apparently injured trying to take Fraley into custody.

Aside from an arrest a few years ago for drug possession, Fraley doesn't have any other criminal history with Las Vegas police.

As for a motive, police do not believe the fires were politically motivated or a message against the president.

A man has been arrested after fires were set at Trump International Hotel in Las Vegas Wednesday evening.

Officials found four devices, two in the bathroom of the pool deck and two others on the 17th floor. Clark County fire said the devices were toasters used to intentionally set fires in these locations.

Witnesses said it looked like the man stuffed towels in the toasters.

The fire did not active the sprinkler system but did activate the smoke alarms.

One security officer was injured as a result of the fire but officials have not specified how the officer was hurt.

The man, whose identity has not yet been released, faces charges of first degree arson and burglary.