Most Wanted in Las Vegas for week of Jan. 7

At 12:45 a.m. Jan. 10, a man approached a cashier at the New York-New York hotel-casino cashiers cage and demanded money. The cashier complied and gave the man cash from the cash drawer. After receiving the money, the man left out the south entrance on foot.

The man was armed with a handgun that he kept in his waistband the entire time and is still at large. Police said the man is 30 to 35 years old, wearing a black beanie cap, black hooded jacket, dark jeans, black shoes, black mechanics gloves and black-rimmed glasses. 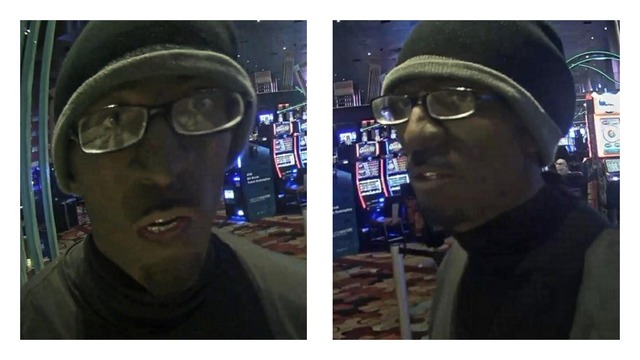 Around 11 p.m. Jan. 9, a man entered a business in the 3100 block of North Rainbow Boulevard, near Cheyenne Avenue. He entered the business, threatened the employee with a firearm, and forced the employee to give him money.

The man is described as 5'10" to 5'11", medium build, with a goatee, wearing a black hoodie, black jacket with circle emblem on the left arm, reflective vest, blue jeans, gray shoes, and armed with a
small framed black revolver. 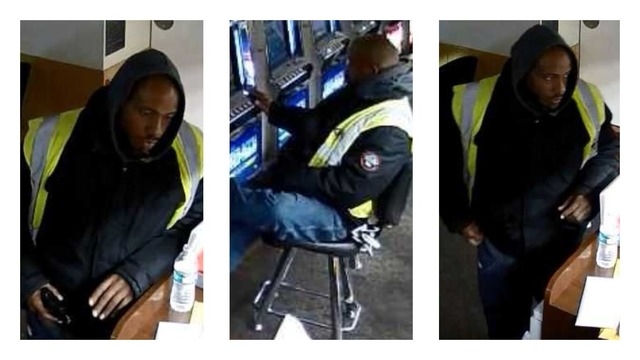 Police looking for man who asked for a cookie before committing a robbery. It happened at a business near Sierra Vista Drive and Maryland Parkway. When the manager began ringing up the cookie, the man pulled out a gun and demanded money. The suspect is between 25 and 30 years of age, 6 foot tall, and about 180 pounds. Last seen wearing a gray hoodie, blue jacket with red stripes, dark pans and red and white shoes. 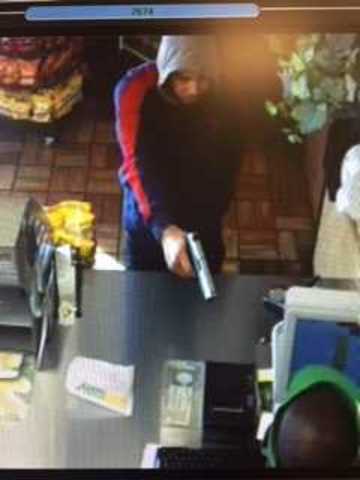 On Nov. 10 at approximately 7:35 p.m., a man entered a business located at the 6800 block of South Eastern Avenue, near Sunset Road. Police said he threatened the employee with a firearm and demanded money from the register. The clerk complied and the man fled the business with an undisclosed amount of money.