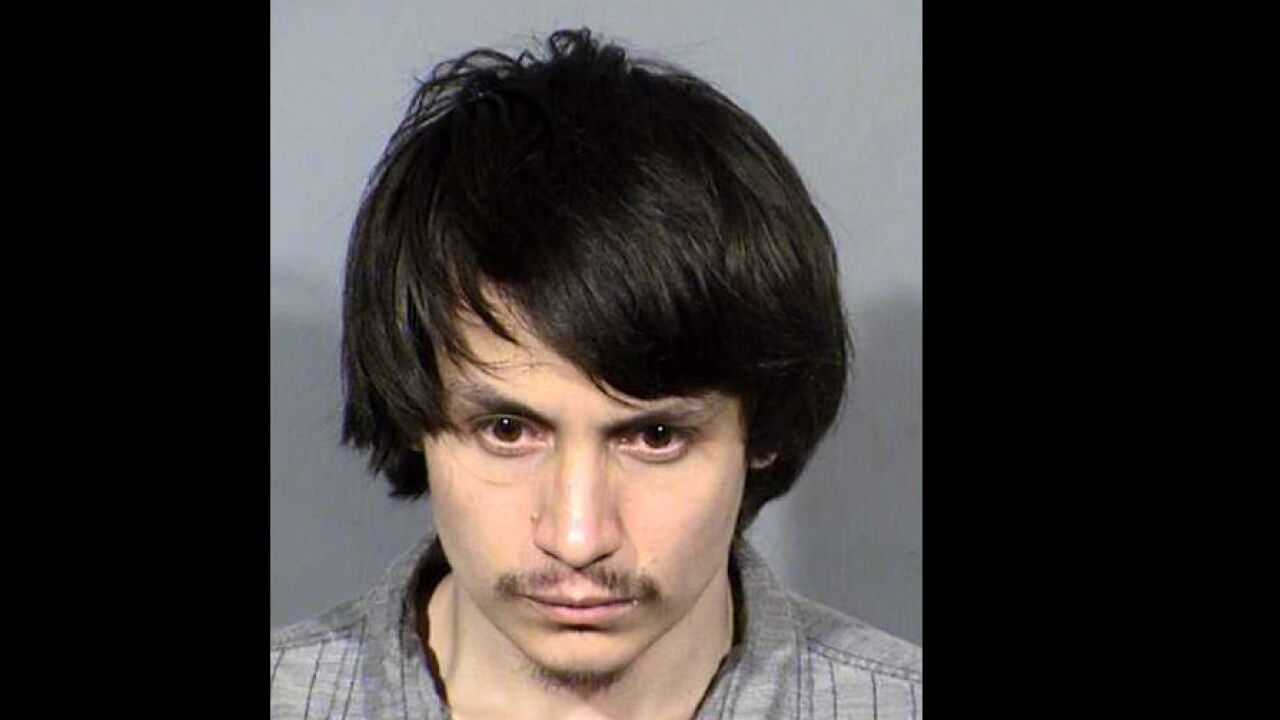 UPDATE JUNE 17: Daniel Lopez killed his female roommate and put her body in a Christmas tree box, according to his arrest report.

Lopez told police at the time of the incident that his female shot herself with one of his rifles. He said that he "freaked out" because she used his gun and put her in the box. He also told police that he didn't want his grandmother, who has dementia and lives in the same house, to see the woman. So, he waited until someone he trusted showed up. Lopez told officers that he heard a gunshot about 6 hours before another roommate called police.

The woman had moved into the house about 2 months prior to the incident. Lopez said that she initially slept with him but she started sleeping on the couch after he "touched her thign a few times."

He told police that he believed that the woman was concealing her true identity and that she was really a murder suspect from Colorado. He believed that she had cut a fetus out of a woman before killing her. Lopez says he told the woman to move out on Jan. 17 and she became upset and began cutting at her wrists with a decorative rock.

At the time of the shooting, Lopez was temporarily detained before being released.

On March 2, a man contacted police and told them that on Jan. 18, he heard a woman yelling for help. He claims that he found Lopez standing over the murder victim in a bedroom and the woman claimed Lopez had just tried to strangle her.

The man also told police that he had asked Lopez a few weeks after the woman's death about why he didn't call 911 and Lopez told he that he was "thinking at the time of death" and had planned to kill the woman that day. The man also told police that Lopez had spoken many times about killing himself because of the woman's death and that he believes that Lopez was in love with her.

According to the autopsy report, there was no soot found in the gunshot wound, which usually indicates a "contact or close contact wound."

Injuries to her neck also indicated that someone had tried to strangle her.

Lopez was arrested on June 13 for murder. He is being held at Clark County Detention Center.

ORIGINAL STORY
A man has been arrested for the murder of his roommate in January.

It happened on Jan. 18, 2019. A woman was found shot to death in a residence in the 3700 Bronco Billy Court near Durango Drive and Alexander Road. The woman was found by a roommate and another roommate was identified as the suspect.

33-year-old Daniel Lopez was arrested for the woman's murder on June 13 by the Criminal Apprehension Team at an apartment in the 3900 block of Lazy Pine Street. He was taken into custody without incident. He has been booked into Clark County Detention Center.