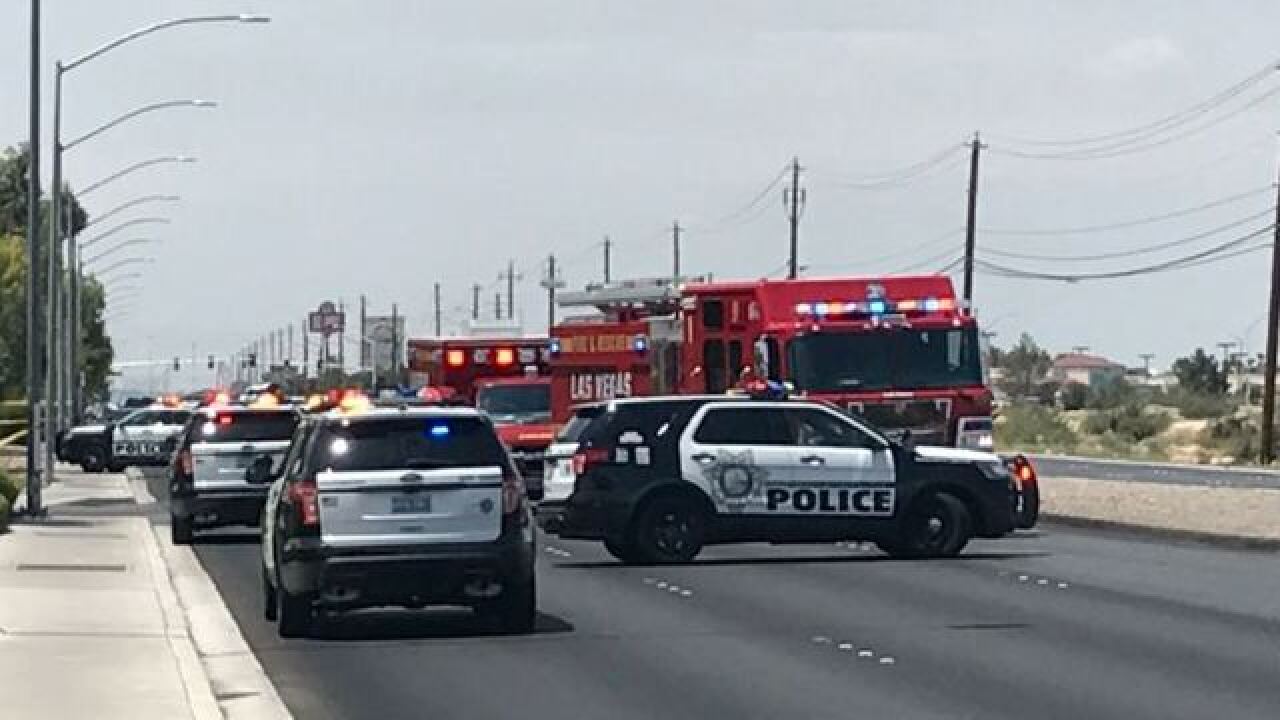 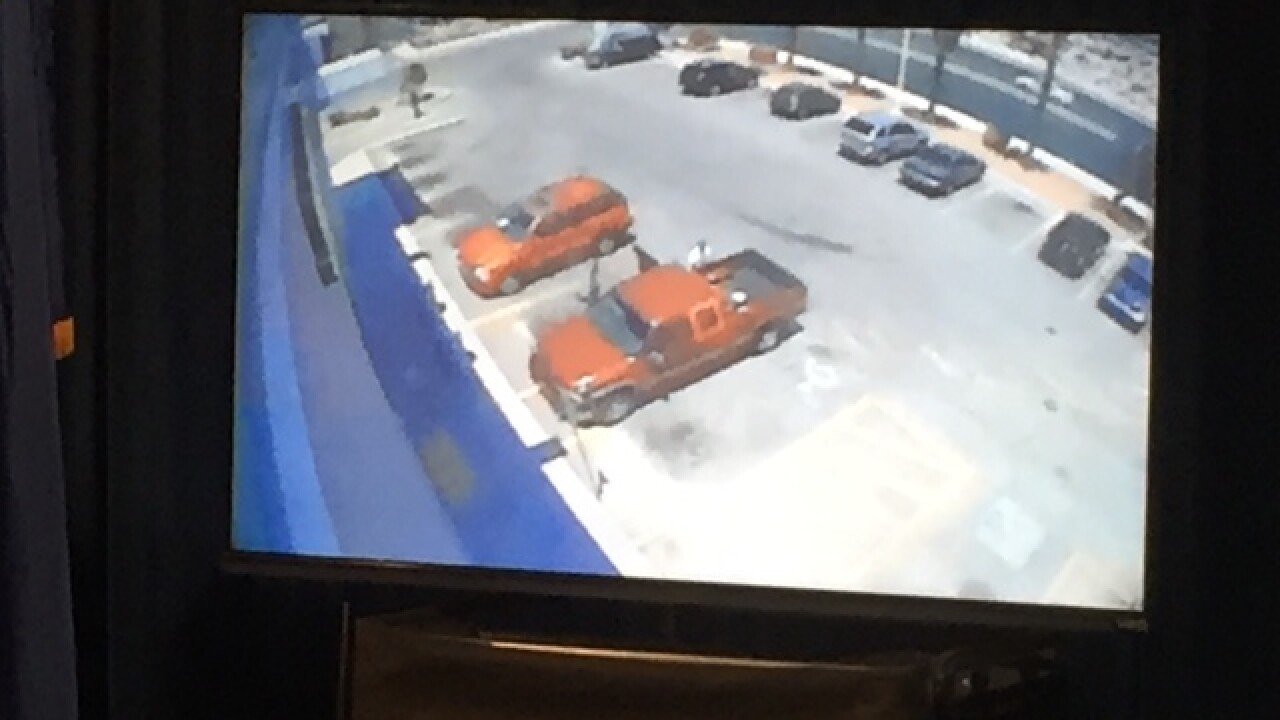 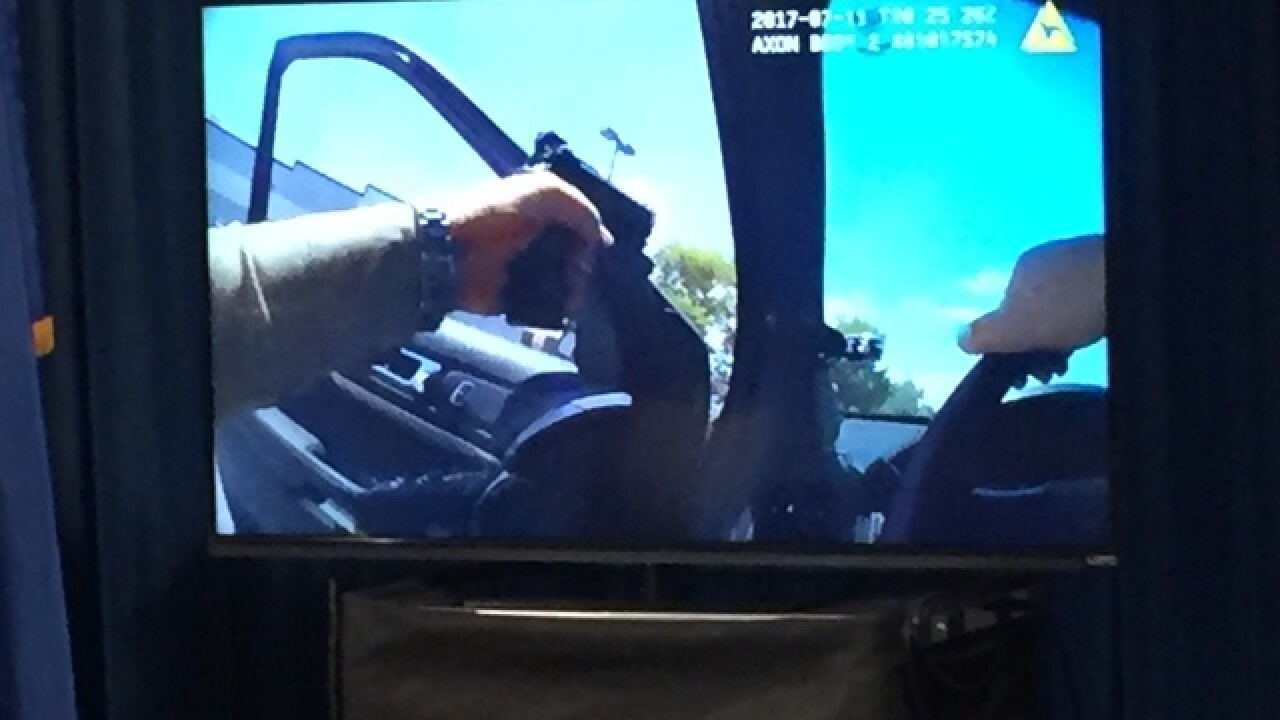 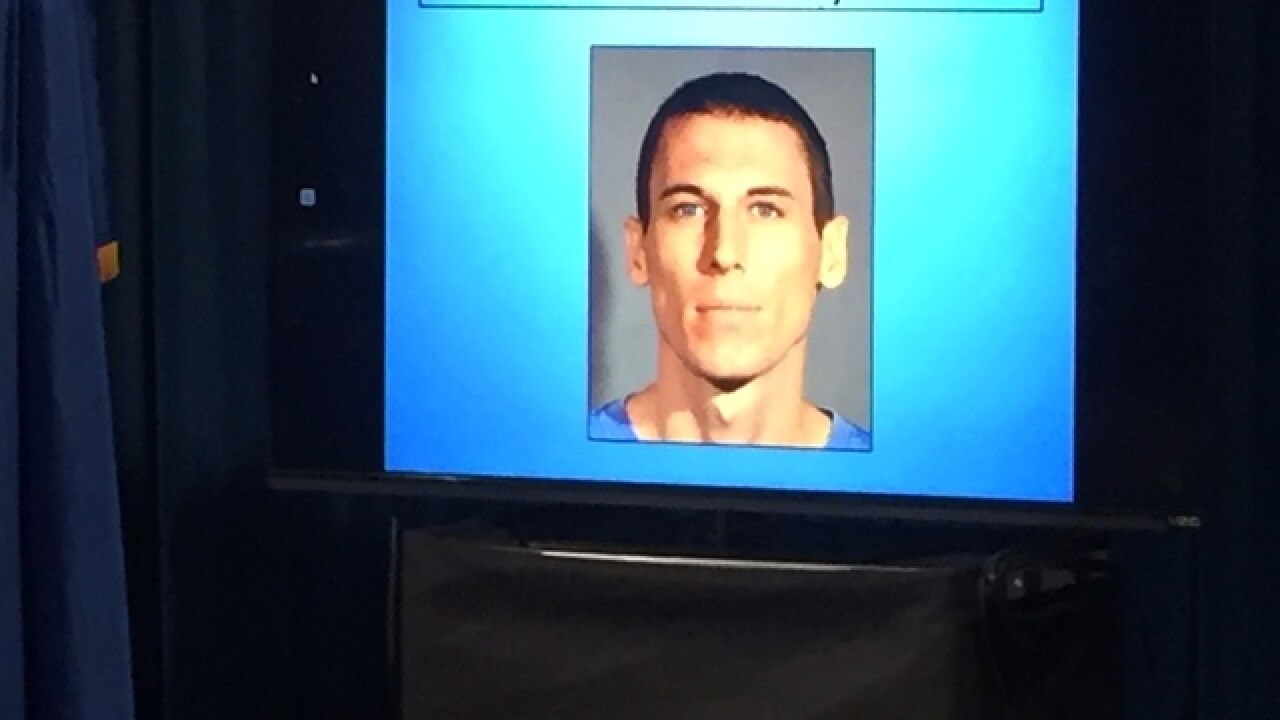 Around 1 p.m., police received a call from a person reporting an attempted carjacking of a citizen in the parking lot of 4111 North Rancho Drive.

The caller described the suspect, later identified as 27-year-old Caleb Blaylock, as being armed with a 10-inch knife. It was further reported that the victim of the attempted carjacking hit the suspect with a hammer and that the suspect fled the parking lot on foot.

At 1:23 p.m., Officer William Pollock responded to the call in a marked patrol vehicle. Upon arrival he observed Blaylock walking northbound on Rancho Drive on the west side of the street. As Officer Pollock approached Blaylock, he saw the suspect pull out a knife, which appeared to be a butter knife. He immediately gave Blaylock verbal commands to stop and drop the weapon.

Blaylock refused to comply and continued walking northbound. From his patrol vehicle, Officer Pollock saw that Blaylock began to repeatedly stab himself, and broadcast the information over the police radio. He continued to issue verbal commands from his vehicle to Blaylock, which were ignored.

Officer Pollock stopped his vehicle and was beginning to exit when Blaylock, who was within nine feet, raised the knife and ran toward the open driver’s side door of the patrol vehicle, grabbing the doorframe. From the driver’s seat, Officer Pollock fired two rounds from his handgun, striking Blaylock who fell to the ground directly adjacent to the driver’s door of the patrol vehicle.

As Officer Pollock was issuing commands for the suspect to drop the knife, Blaylock sat up on his knees still holding the knife in a threatening manner as if he was going to stab the officer. Officer Pollock fired an additional four rounds while still seated in his vehicle striking Blaylock.

Officer Pollock exited his vehicle, requested medical attention to the scene and took Blaylock into custody. Medical personnel arrived and declared Blaylock deceased at the scene.

Police are determining how many shots actually hit the suspect.

UPDATE 2 P.M. JULY 13: The officer involved in the shooting has been identified as 56-year-old William Pollock, who has been employed with the LVMPD since February 2001.

Pollock has been placed on routine paid administrative leave pending the outcome of a review of this incident.

UPDATE 4:50 P.M. JULY 11: A man was fatally shot by Las Vegas police after failing to stop for an officer and then attempting to stab the officer, police said in a press conference Tuesday afternoon.

The suspect, who was wanted for an attempted carjacking, was walking when he was asked to stop but did not listen to the officer's commands, police said. The suspect then lunged with a knife at the officer and attempted to stab the officer as he was exiting his patrol vehicle, according to police. The officer fired multiple shots at close range and hit the suspect.

The suspect was pronounced deceased by arriving medical personnel.

A man was shot by Las Vegas police on Tuesday afternoon.

It happened shortly after 1 p.m. near the Super Pawn store in the 4000 block of North Rancho Drive.

Witnesses told 13 Action News that the incident started in the store and that the man who was shot ran out of the store with a knife in his hand. The man then supposedly charged at a police officer who was responding to the incident.

The condition of the man is not known. No police officers were injured during the shooting.

Rancho Drive will be closed in both directions between Craig and Alexander roads for several hours while the shooting is being investigated.

Rancho Drive will remain closed in both directions between Craig Rd. & Alexander Rd. while we investigate this incident.