Not including 1 October in which 58 people were murdered, police said 141 people were murdered in 2017, a decrease from 157 in 2016. 27 of the murders occurred in December, while the previous monthly high was 13 in both May and October. Police said the majority of murders -- 83 percent -- were solved with people arrested. 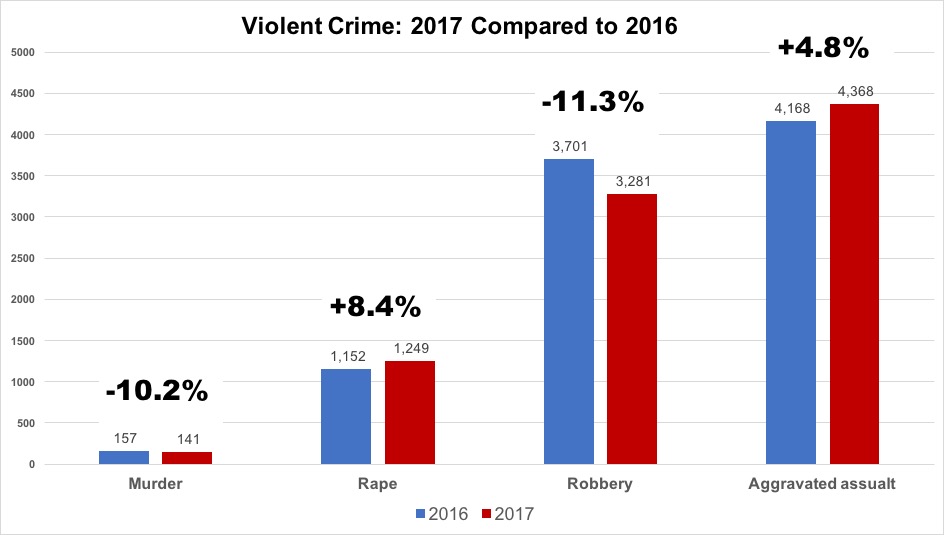 According to police, 1 October is not categorized under murder but is calculated in the overall violent crime numbers.

Police said there has also been an increase in drug-related altercations where someone gets robbed or killed over a small amount of drugs.