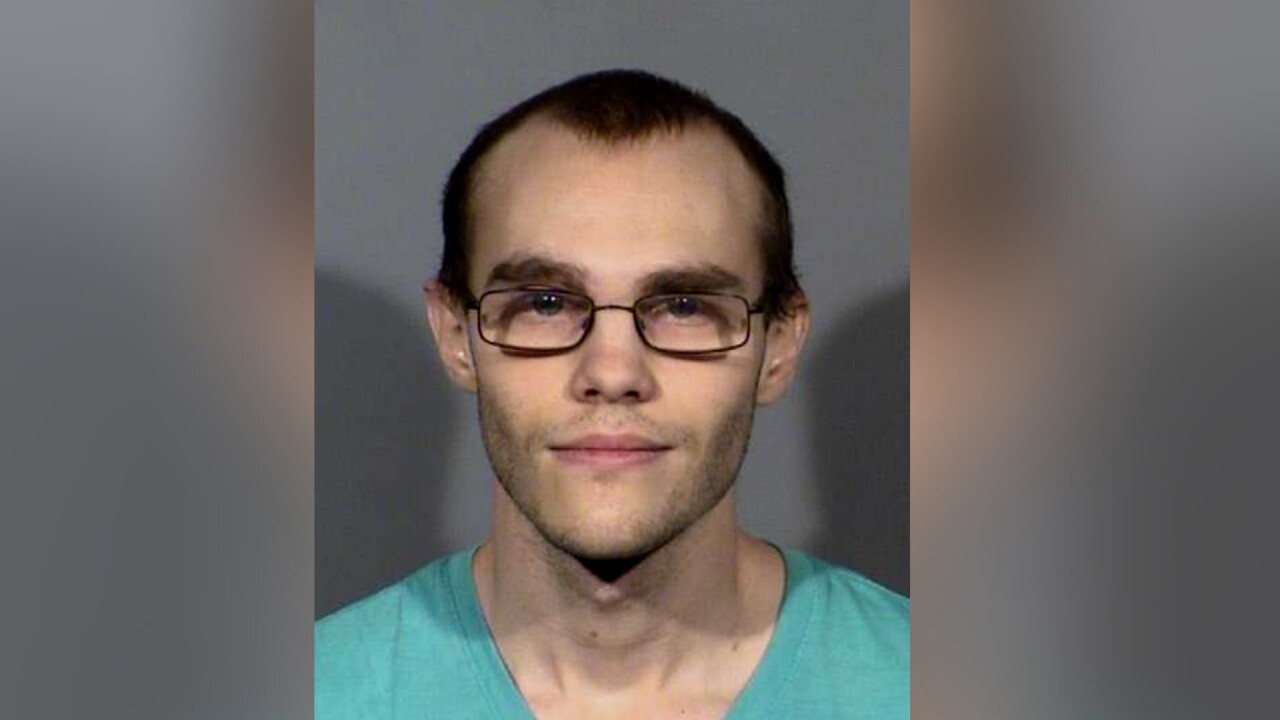 LAS VEGAS (KTNV) — A Las Vegas gamer is facing a terrorism charge after he reportedly made threats in a chat room of carrying out a mass shooting that would involve elementary school children.

The comments were revealed when the 26-year-old was logged into a multi-player online video game Heroes of the Storm and started chatting in the messaging platform, according to a Las Vegas police arrest report.

The maker of the game, Blizzard, notified authorities after a team member came across Michael Mickowski's messaging while in a chat forum during game play.

“Someday, when I have enough money to buy a gun and some ammunition I will shoot up a school where I live,” Mickowski wrote. “Imagine if I decided to go to an elementary school too. Instead of a high school or middle school imagine. I’ll buy a gun and shoot everyone I can. I’ll stream it on twitch.”

Mickowski also wrote “other dark statements,” according to the arrest report, including: “Promise, watch me blow the head off a 5-year-old with a 12-gauge shotgun.”

Police noted in the report that there are 18 elementary schools within a 2-mile radius of Mickowski’s northeast residence and that it was “only due to a lack of money that a mass casualty, active shooter event has not occurred at the hands of Mickowski.”

Authorities were able to track him down through an IP address as detectives met Mickowski on April 8 and confirmed his online screen name. During this conversation, he told detectives that he has made “bombastic statements."

The suspect was also evasive and non-specific when asked if anything had occurred in the game that would warrant police at his door, according to the arrest report.

Mickowski was then taken into custody and officers contacted his mother as a courtesy who asked detectives if her son had "hurt anyone."

He is currently at the Clark County Detention Center with bail set at $150,000 and a prelim hearing scheduled for April 25.