K-9 expected to return to work after attack 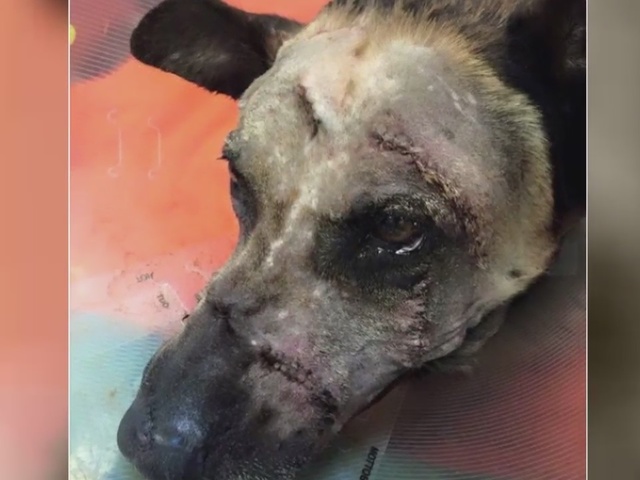 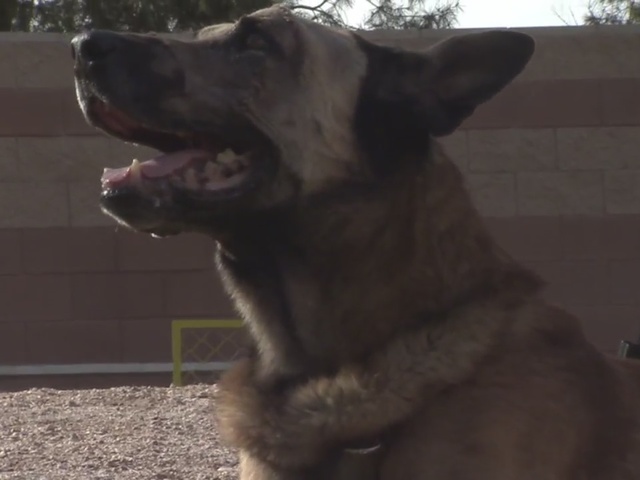 A K-9 officer with the Las Vegas Police Metropolitan Police Department is on the road to recovery, after the dog was attacked by a machete while trying to bring down a suspect Friday.

It happened during a 12 hour barricade incident.

Metro: "He's a very good police dog, very courageous, he's been up against some tough suspects, & won't back down." pic.twitter.com/Rqj1HT4KJh

K-9 Officer Nicky went inside the apartment to find the suspect and that's when he was attacked.  He suffered wounds to his head and face.

Nicky didn't cry when he got attacked, and he didn't whimper. He did his job and took down the suspect.

"He's a very good police dog, he's a very courageous dog," says Kerns. "He's been up against some tough suspects, some big intimidating people, and he doesn't care."

His partner, Sgt. Eric Kerns says he immediately took Nicky to help, but was extremely nervous for his partner of three years.

"They depend on us to make sure we'll do things safely and successfully for the, and I depend on him to do the same for me," says Kerns.  "I would never send him into a situation where I know he's going to get injured."

Metro officer when referring to partner Nicky: "he watches out for me, and protects me." pic.twitter.com/RbprnRkLT8

Kerns says Nicky is anxious to get back to work, and they hope to make that happen in a matter of weeks.