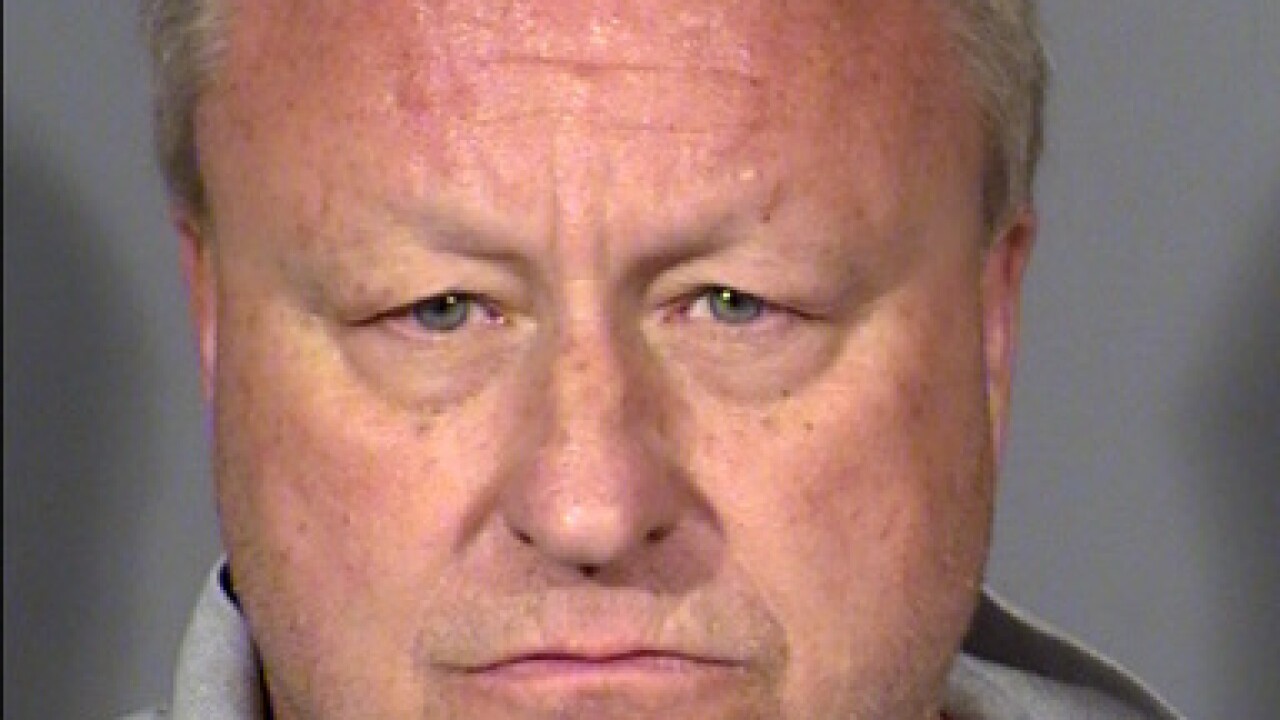 Copyright 2017 Scripps Media, Inc. All rights reserved. This material may not be published, broadcast, rewritten, or redistributed.
<p>Truancy Officer Scott Weissinger was arrested for allegedly choking a student on Oct. 18. <a href="http://www.ktnv.com/news/crime/ccsd-truancy-officer-arrested-for-allegedly-choking-student" target="_blank">READ MORE</a>.</p>

UPDATE NOV. 2: CCSD Truancy Officer Scott Weissinger says he felt threatened by the student and that is why he put his hands around the student's neck, according to the just-released arrest report.

It started when Weissinger went to the students home, walked into his bedroom, and told the student to get dressed or the student was going to juvi.

After the student dressed, Weissinger took him out to his van to transport him to school. The student got into the van and reportedly slammed the door shut.

This upset Weissinger and he grabbed the student's arm, pulled him out of the van, and told him to get in and shut the door the correct way.

The student shut the door to fast again and Weissinger opened the door, reached in, and began choking him. The student told police officers that he couldn't breathe and was scared he would die if the truancy officer did not stop.

He then allegedly told the student to walk out in the street and get hit by a car. The student told Weissinger that he had been hit before and Weissinger reportedly replied "Walk in front of my car and I will make sure you don't get up."

Weissinger was asked to come to police station for an interview. He arrived with his union rep, Debbie Staten, who refused to leave when told to do so and attempted to block access to Weissinger physically. She was arrested for obstructing a police officer and resisting arrest.

Weissinger told police when questioned that he felt threatened by the student. He also admitted to using a high level of force when dealing with student and said he felt he had no choice. But, he refused to admit that he assaulted the student.

Clark County School District Police Department has arrested 56-year-old Truancy Officer Scott Weissinger and filed three charges against him for an incident that took place at a student's home on Oct. 18.

Weissinger was reportedly on duty for CCSD when he entered a student's home illegally and committed the alleged crimes. He will be suspended without pay once he is released from custody.

Weissinger was booked into the Clark County Detention Center.