UPDATE: Employee had no history of trouble at work prior to shooting at Terrible's that left 1 dead 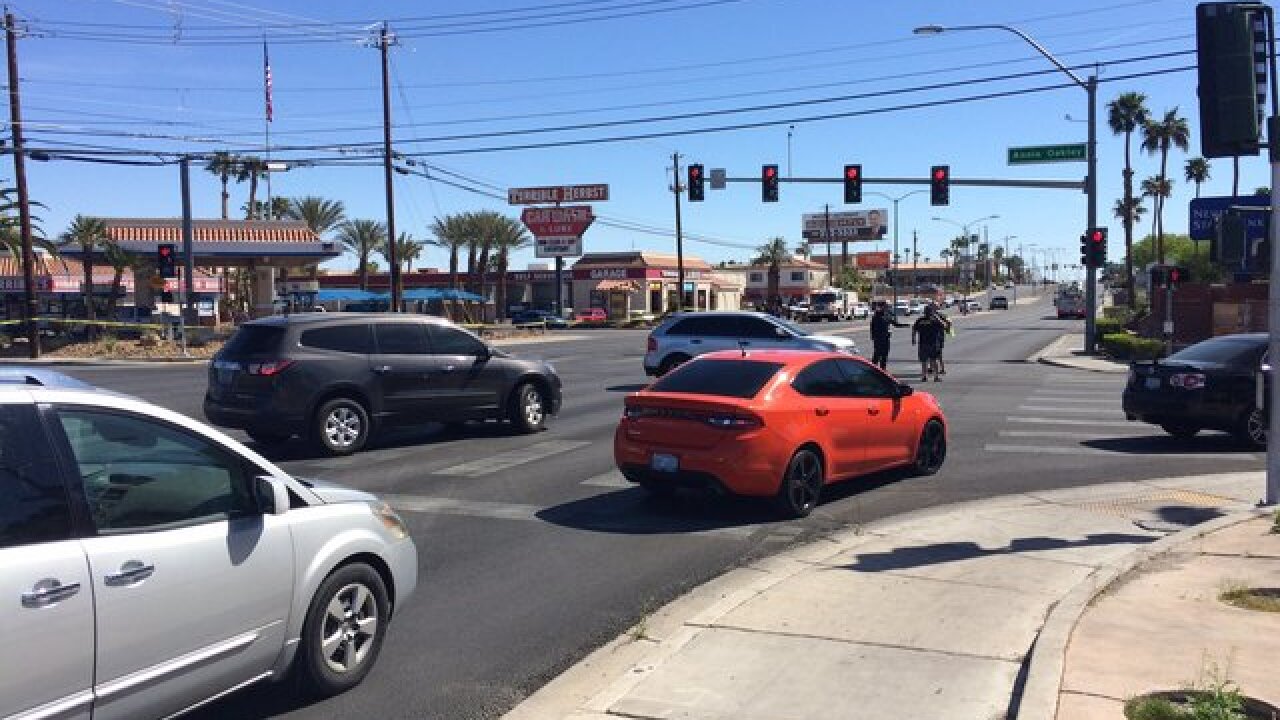 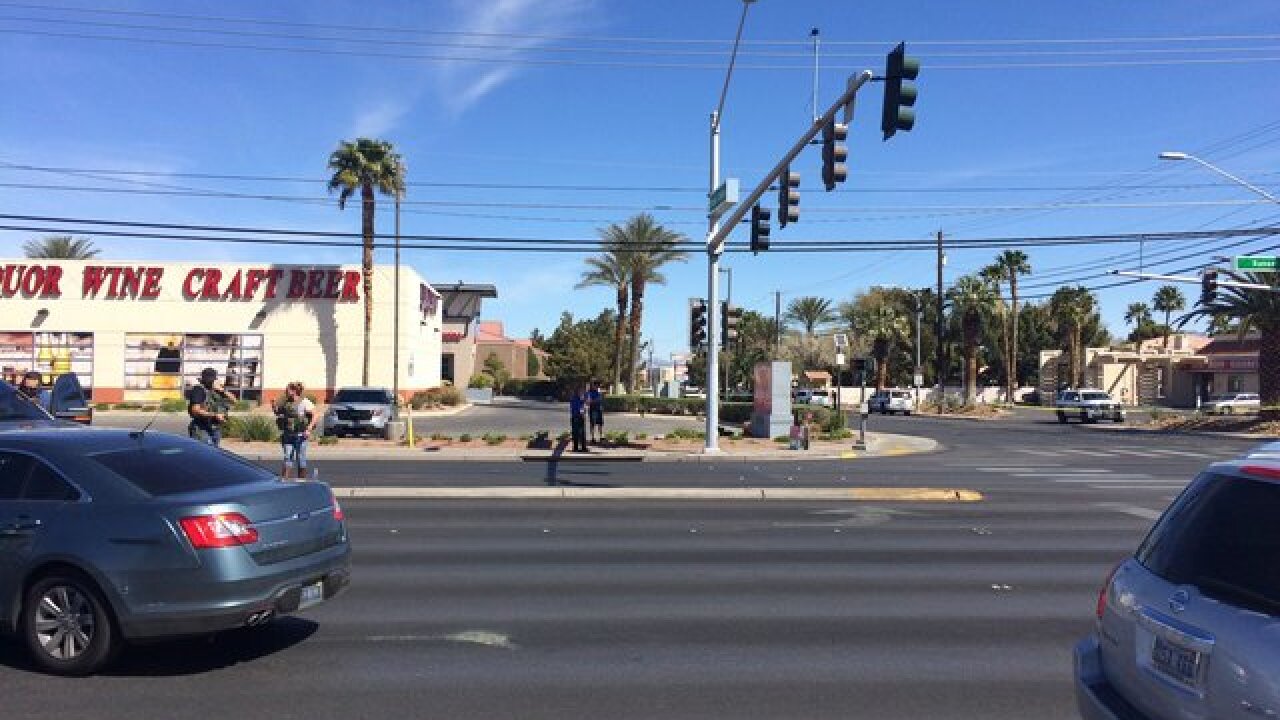 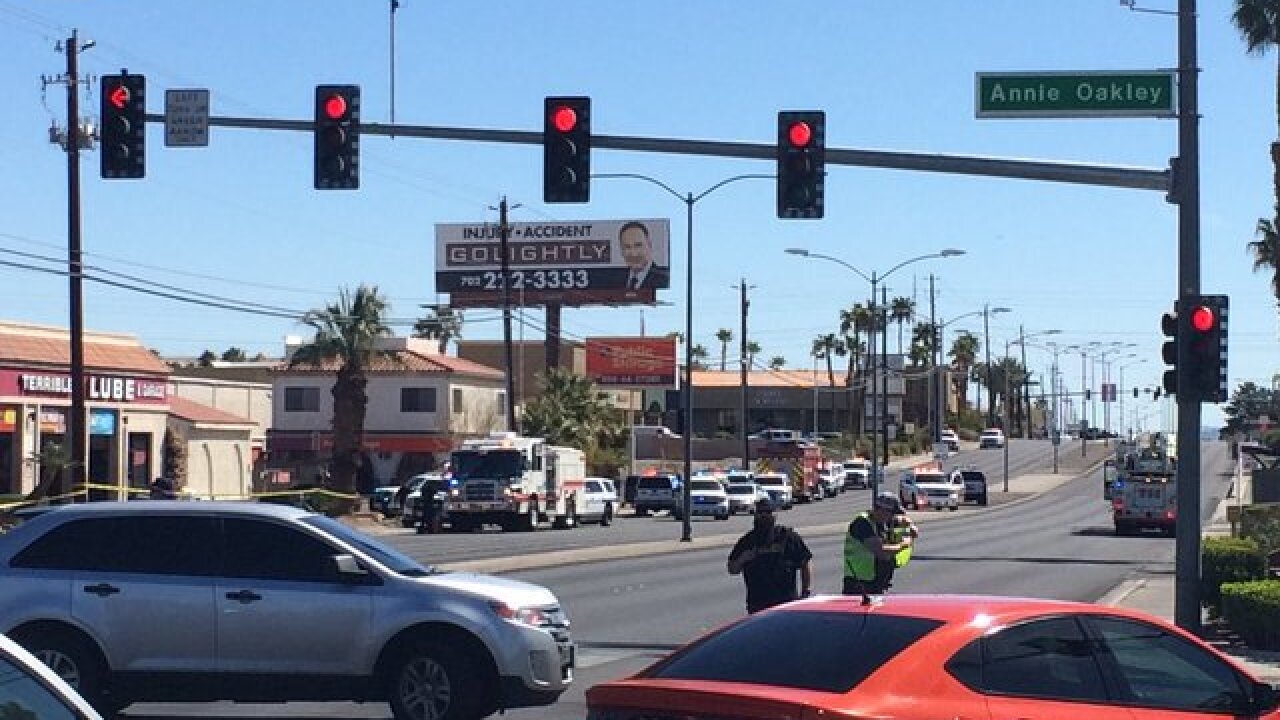 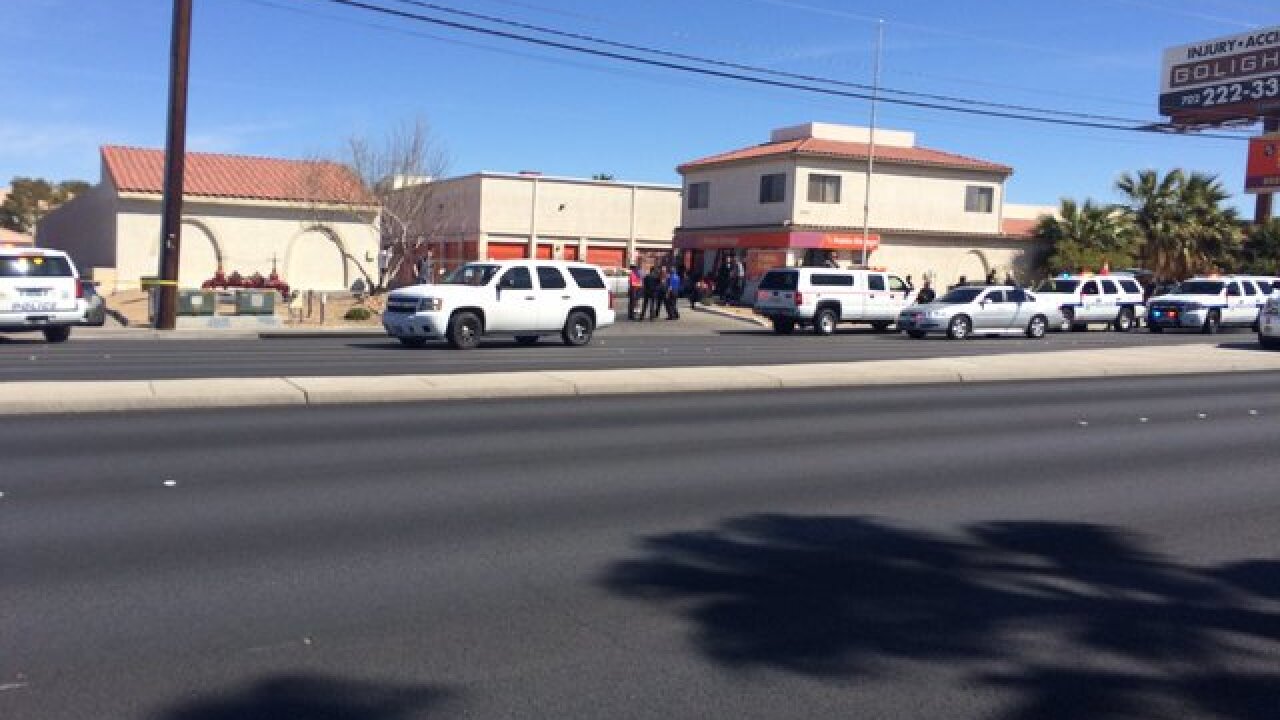 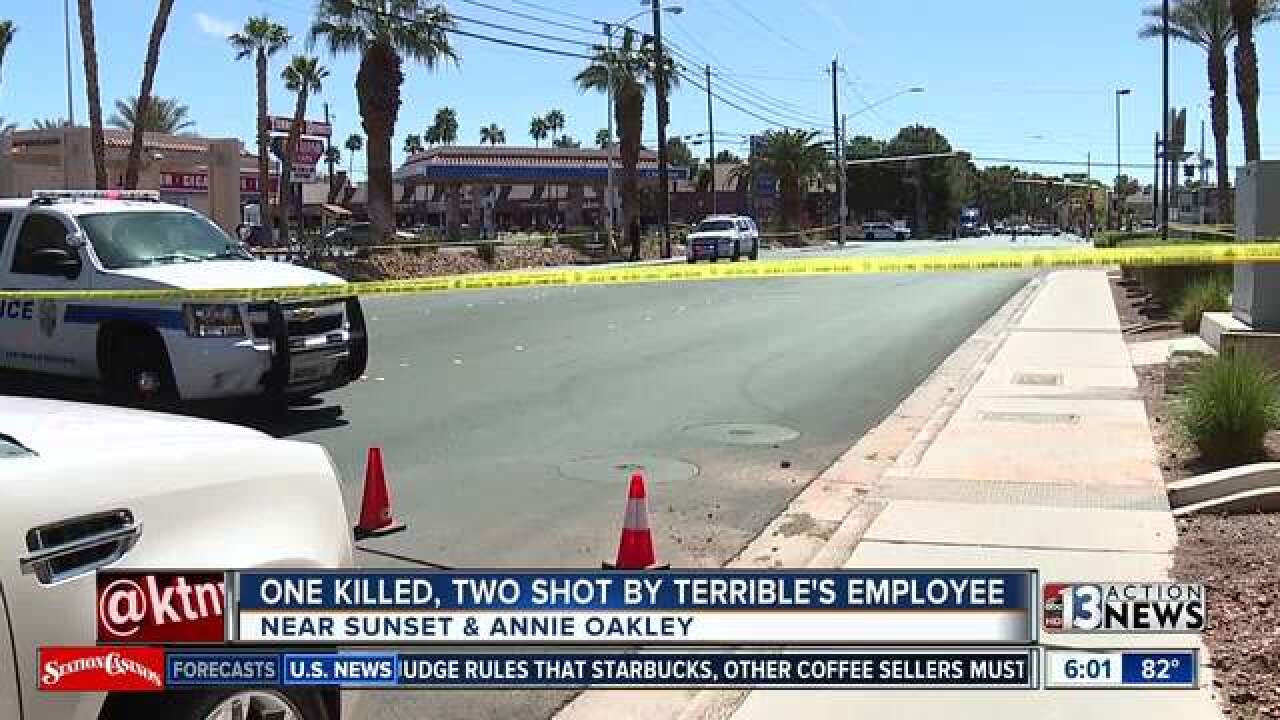 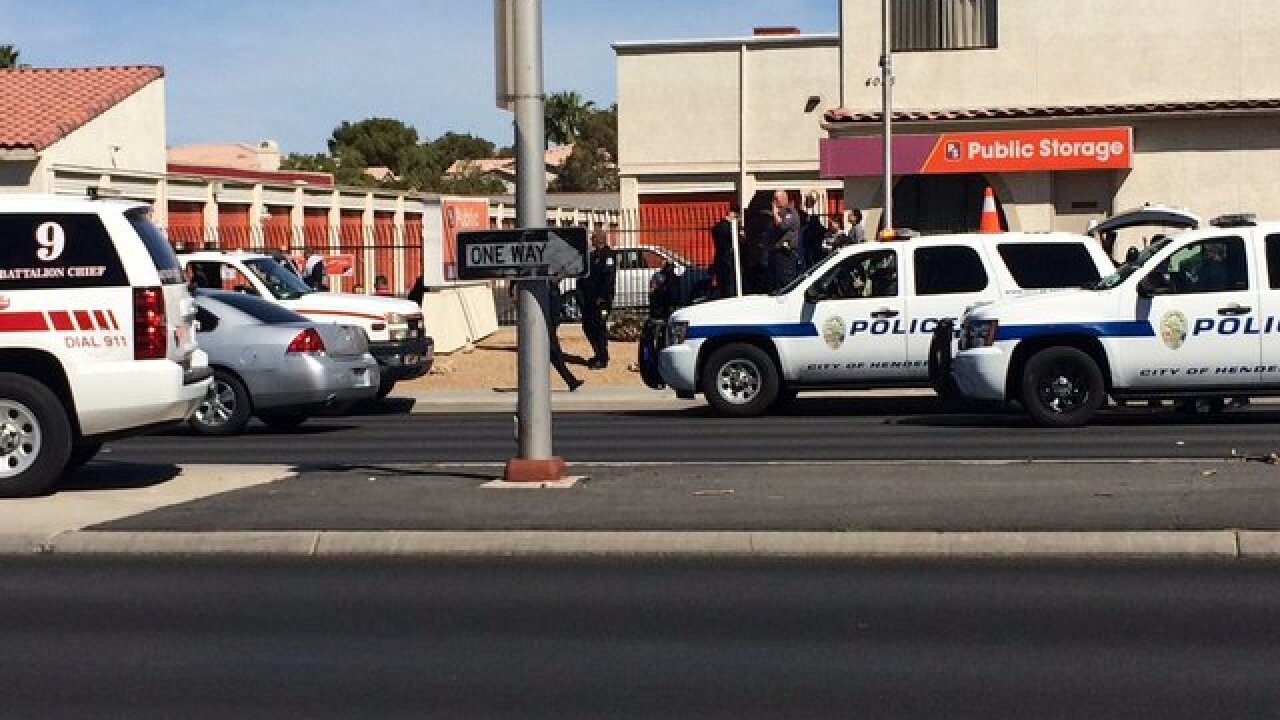 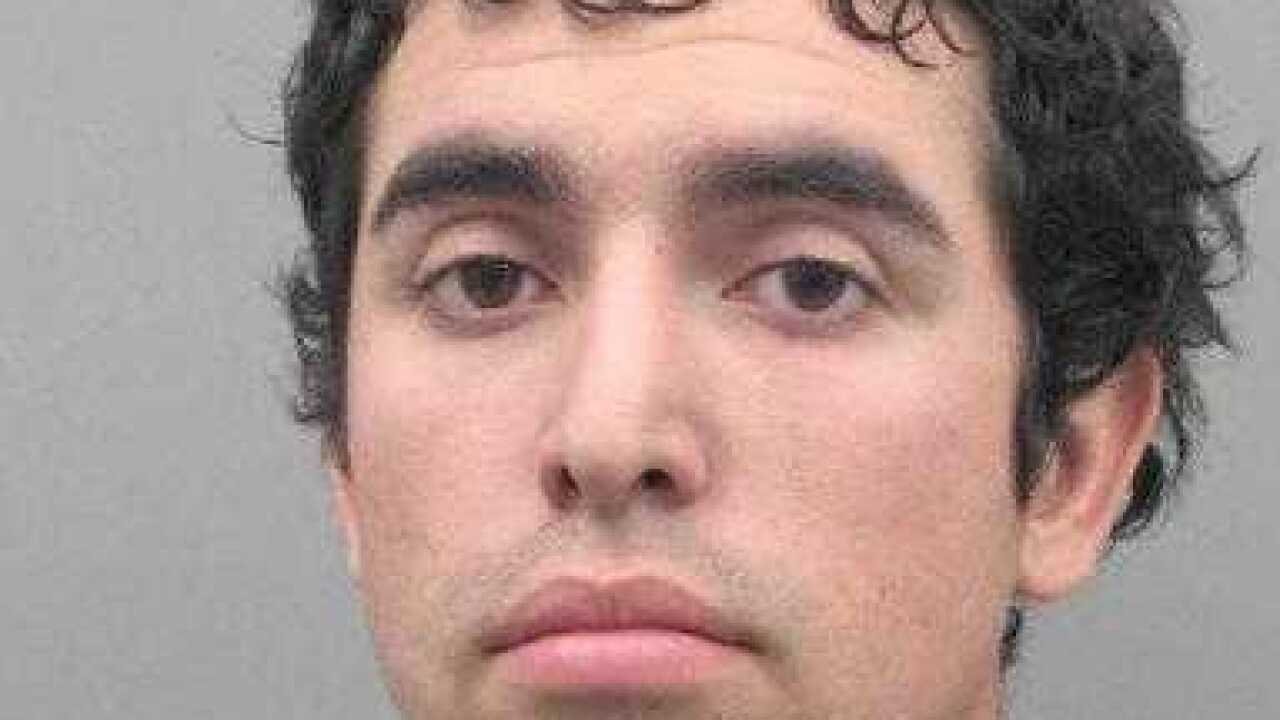 UPDATE 6 P.M. March 30: According to sources from Terribles Herbst, Rafael Valdez had no history of complaints or issues at work prior to the shooting Friday morning.

13 Action News spoke to an employee, who did not want to be identified, they described the shooting suspect as "friendly".

"I never thought he would do something like this," said the employee. "He [Valdez] talked to everybody and he looked friendly to me."

Customers and employees described running from the convenience store after police confirmed Valdez walked into the Terrible's and began shooting.

"We all ran in a bunch and when we got across the street and that's when we noticed he was bleeding," an employee told 13 Action News.

The employee said he helped a lube shop worker, who had been shot in the arm, get to safety. Both men ran to a nearby medical supplies store where workers were able to stop the victim's bleeding.

"I'm hoping the person we helped out is ok," the employee said.

Employees said Valdez may have been bullied at work prior to the shooting, but sources with the convenience store said Valdez had never reported being mistreated or bullied.

Terrible Herbst released the following statement after the shooting:

Terrible Herbst is cooperating fully as the Henderson Police Department investigates this matter. We are grateful they responded so quickly. Our heartfelt sympathy goes out to our employees and their families who are impacted by this incident. We have provided and will continue to provide counseling services to our Terrible Herbst family.

One victim of the shooting at a Terrible's convenience store near Sunset Road and Annie Oakley Drive is dead, according to Henderson police.

The identity of the victim will be released by the Clark County coroner at a later date.

Police also identified 22-year-old Rafael Valdez as the man who was arrested in this case. He is facing at least one charge of open murder with a deadly weapon.

Police say around 9 a.m., a person came into a Terrible's convenience store and began shooting. Three people were struck by gunfire.

Other employees rushed to help those that were shot. Out of the three people that were injured, two are in critical condition.

According to police, the shooter was affiliated with Terrible's, though it is not clear if they were a current or former employee.

At this time, police do not have a motive for the shooting. They also say that the attempted carjacking that took place was unrelated to the shooting.

Officers say that an attempted carjacking in the 4000 block of East Sunset Road near Annie Oakley Drive, as well as a shooting that occurred around 9 a.m.

Three people were injured during the shooting but their condition is unknown at this time.

Police have also confirmed that the alleged shooter is in custody and that there is no concern for public safety at this time.

The area on Sunset Road near Green Valley Parkway and Annie Oakley Drive is currently shut down.