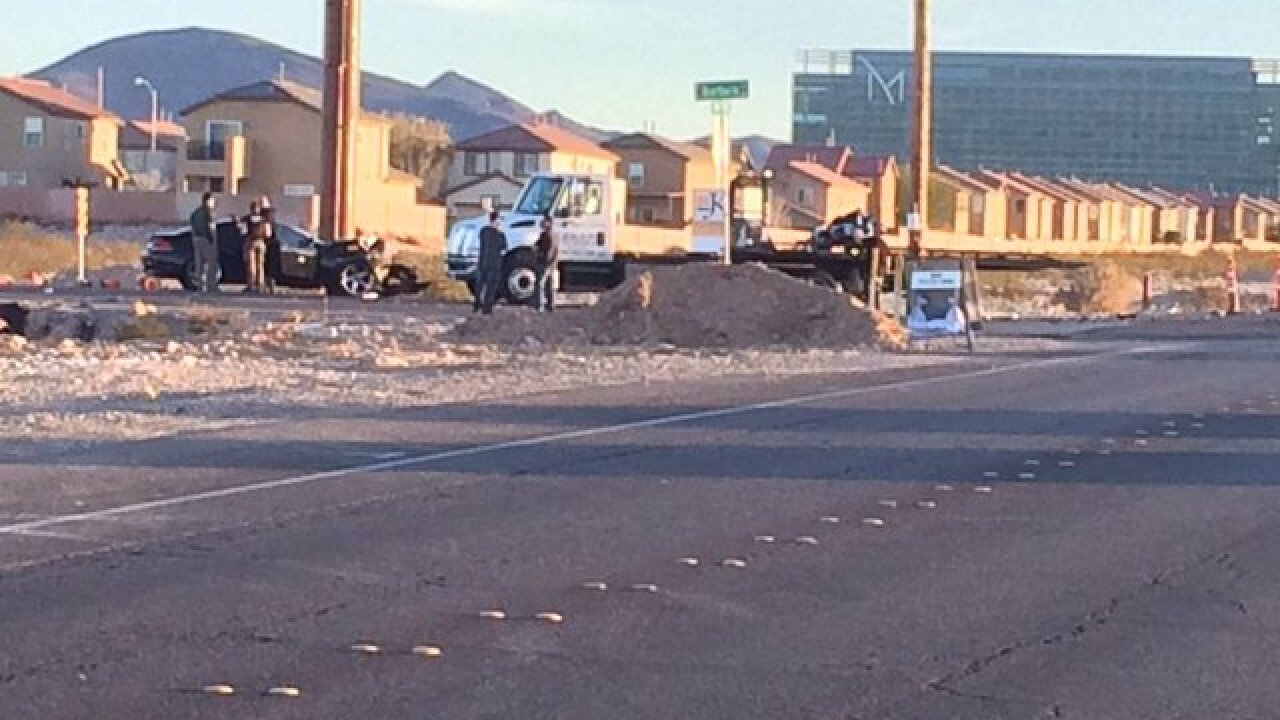 Copyright 2017 Scripps Media, Inc. All rights reserved. This material may not be published, broadcast, rewritten, or redistributed.
Barry White

UPDATE ON FEB. 06: The Clark County coroner has identified the deceased as 47-year-old Scott Allen Foley from Helena, Montana.

HENDERSON (KTNV) -- All lanes of Las Vegas Boulevard have shut down near St. Rose Parkway, according to the Regional Transportation Commission of Southern Nevada.

The closure happened around 12:21 p.m. Saturday. A black 4-door sedan collided with a motorcycle. The motorcycle rider was taken to the hospital and was pronounced dead at 1 p.m.

Police arrested the driver of the sedan for possible DUI.

Drivers are advised to avoid the scene of the crash while police conduct an investigation. The closure was still in place as of 4:10 p.m.