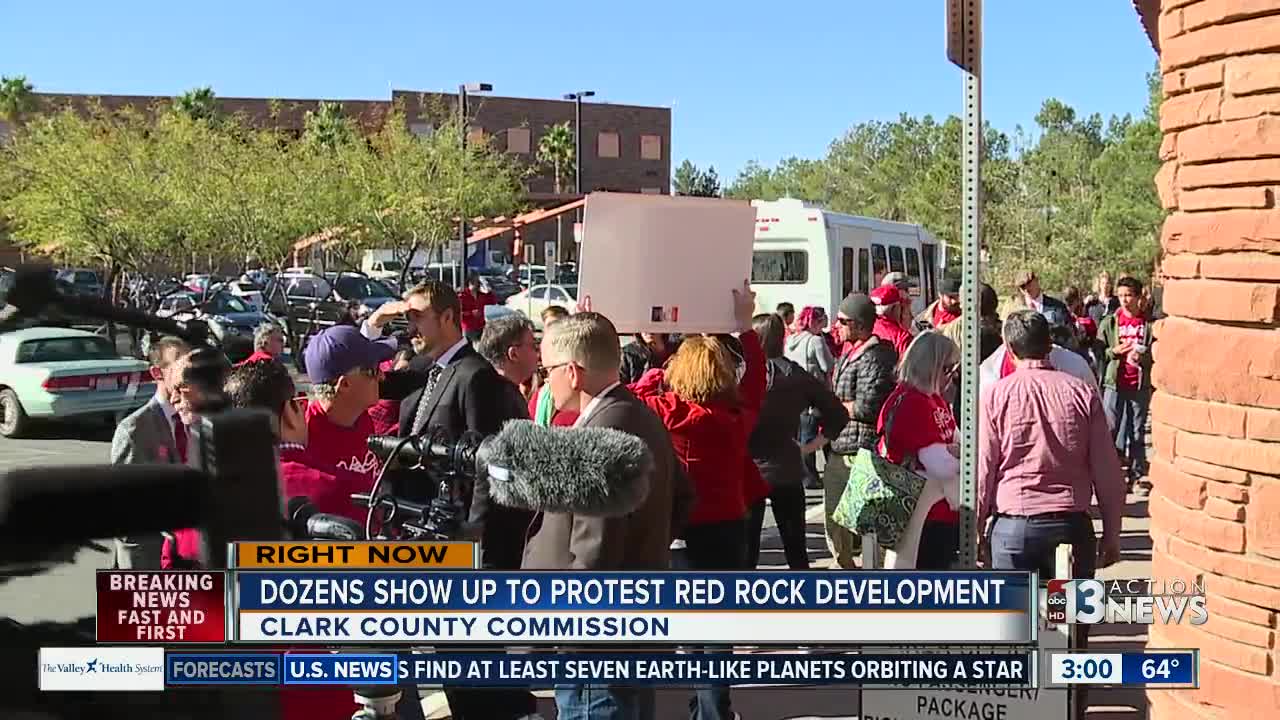 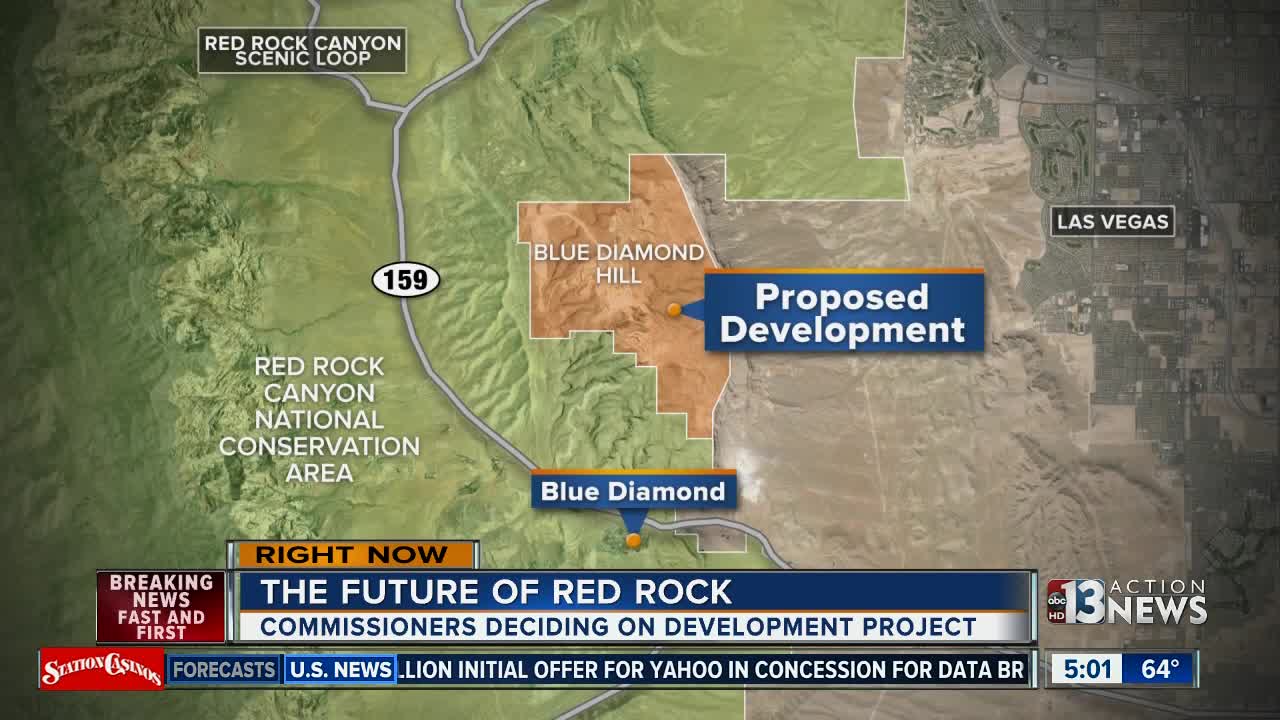 UPDATE AT 4:53 P.M. FEB 22: The Clark County Commission voted 5-2 to allow for the withdrawal of the current application, which in effect means a 2011 development proposal will move forward.

It doesn't mean the development is approved but rather the previous proposal will move forward for analysis and future consideration.

The original concept plan was submitted and approved in 2011.

The developer now will need to submit detailed plans and there will be some analysis. It will come back for another public vote at some time in future.

Project planners say 85 percent of the development would be on land currently used for strip mining.

Supporters say the mine is an eyesore that should be put to good use.

Cyclists and outdoor enthusiasts tend to be against the development, but James Scott is a professional triathlete who feels the opposite.

"I ride that road, train that road, run that road every day," Scott said. "I personally believe that with future development, it would become a safer access point for people like myself."

Scott added that street lights would also allow him to ride at night, something he can't do now.

“The Zoning Commission’s decision today is an unfortunate ruling that will benefit a developer at the expense of our planet and community. Like Lake Tahoe in Northern Nevada, Red Rock Canyon is our crown jewel of natural treasures that deserves to be protected and preserved. Its precious ecosystem should not become the victim of light pollution, increased traffic, bulldozers, and dynamite. It should remain a serene and beautiful place for future generations so they can come and enjoy and appreciate its wonder. I have been fighting developments on Blue Diamond Hill for more than 15 years and will continue to be an advocate for Red Rock’s conservation.”

“As a native Nevadan it is infuriating to see the Clark County Commission voting in favor of a selfish developer and private interests instead of protecting Nevada’s crown jewel, Red Rock Canyon,” said Annette Magnus, Executive Director of Battle Born Progress. “Even after over six hours of testimony with record amount of Nevadans begging our Commission to protect Red Rock, they ignored the will of the people and allowed development to move forward. I hope Commissioners Sisolak, Brager, Kirkpatrick, Scow and Brown, understand that they have not listened to the will of the voters that elected them to be their voice. This vote today allows the developer to move forward. This is a slap in the face no matter how these Commissioners want to spin it. Southern Nevadans will remember their vote to destroy such a beloved area and we’ll be here to hold them accountable.”

“The vote by the Clark County Commission is absolutely unacceptable,” said Andy Maggi, Executive Director of the Nevada Conservation League. “Voters in Clark County overwhelmingly oppose increased development in Red Rock, but today Commissioners Sisolak, Brager, Kirkpatrick, Scow and Brown, ignored their constituents and the county planning commission. Those voters will not soon forget, nor will all the Nevadans that know the economic and recreation values of these places. It's important to note that a few commissioners stood up for recreation, tourism, and a diversified economic future and we would like to thank Commissioners Giunchigliani and Weekly for doing the right thing at the end of the day.”

UPDATE AT 3 P.M. FEB. 22: Dozens of people showed up at today's meeting of the Clark County Commission to voice their opinion about proposed development near the Red Rock Canyon National Conservation Area.

13 Action News spoke to people who were both for and against residential and commercial buildings being built in the area.

On Wednesday, the Clark County Commission is set to vote on what has become a controversial development near Red Rock Canyon.

The group Save Red Rock has been protesting the housing development for months. The vote today would change the zoning on top of Blue Diamond Hill so that houses can be built there.