The feds have urged us, stay home for Thanksgiving. But are we? The lure of family and tradition is strong for some, and they’re taking their chances with a Thanksgiving trip. Jeremy Chen reports. 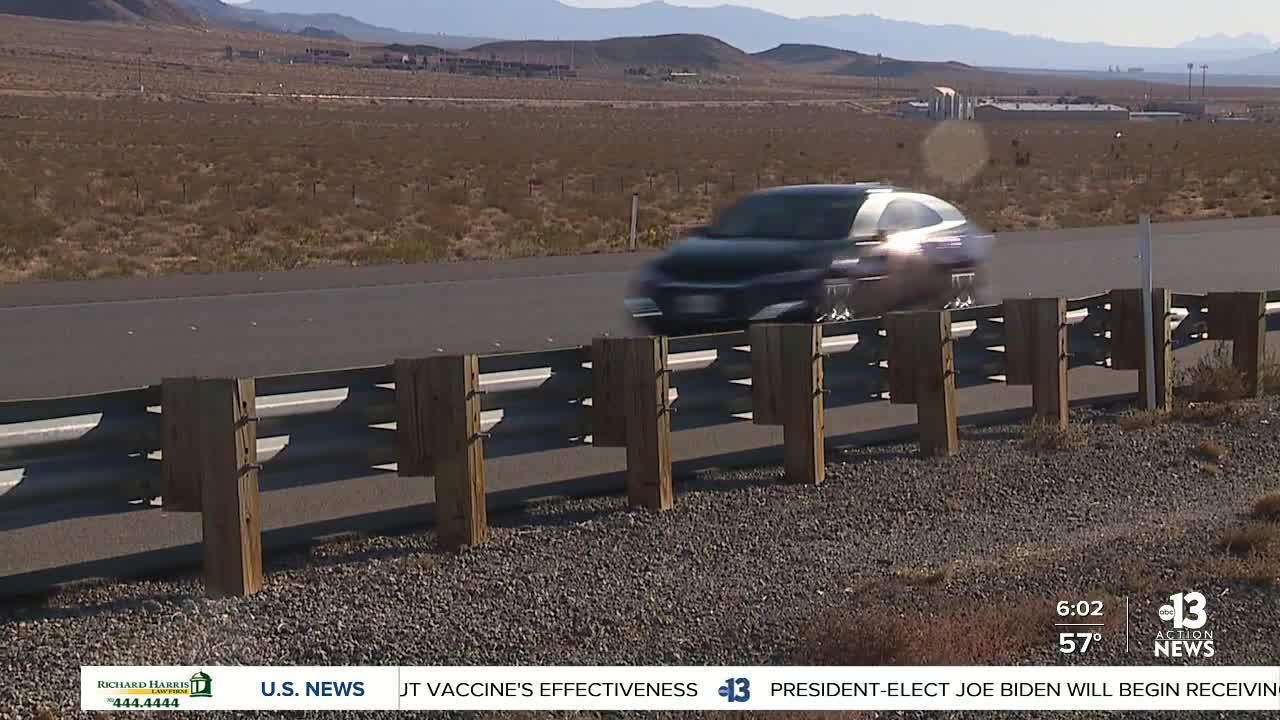 LAS VEGAS (KTNV) — Officials have urged us to stay home for Thanksgiving this year. But are we? The lure of family and tradition is strong for some and they’re taking their chances with a Thanksgiving trip.

Luggage was still being rolled at McCarran Airport on Wednesday as people traveled for Thanksgiving, but it wasn't the usual hustle and bustle.

“It seems like it slowed down quite a bit, especially here in Vegas. So, it’s kind of what I expected,” Lucy Flake, who was traveling to Utah, said.

As public health officials encourage people to stay home to curb the spread of COVID-19, some were still traveling.

For Jody Allen, traveling from Atlanta, it’s for a specific reason.

“I just recently found my father. I was actually born here, but my mother passed when I was a baby. So, I’m just getting reunited with my sisters and siblings and stuff,” he said.

Allen is taking all the precautions and says the importance of seeing family was an opportunity that couldn’t be missed.

“It’s a pandemic but at the same time, we still want to live and still want to do things. I feel like the best way is just to be safe,” he said.

Travel is expected to be down.

AAA says it anticipates about 2.4 million Americans to travel by air. That’s about a 48% drop from the year before.

RELATED STORY: Safety tips for drivers before hitting the road for the holidays

Rajchel says, for now, travelers are complying with social distancing guidelines at the airport.

“People are doing a really good job of wearing their masks and doing what they need to do. We’re all in this together and it’s a group effort," he said.

Also on Wednesday, traffic was flowing on Interstate 15 on the way into town.

“Traffic has been okay. It’s been pretty normal. It’s not as crazy as I would have expected," said Michael Parrish, visiting Las Vegas from Los Angeles.

Parrish says he was conflicted about traveling during a pandemic but decided to go for it while taking precautions.

“Eventually, people are just going to be coming out more and more until they start closing things,’ he said.

Other travelers say it’s a choice they’ve decided to make.

“I feel like family is more important through all the separation and quarantine that I just really want to spend time with family members,” said Tiana Tuiofu, who was traveling from Utah.

Robert Fellner with the Nevada Policy Research Institute says he’s not surprised to see some people travel despite recommendations from public health officials and Gov. Sisolak.

“That’s kind of part of living in a free society. That’s their choice and I think that is important. I think the government’s role is to inform and help protect while also balancing freedom,” he said.