A call for aggressive steps to stop the spread of COVID-19. Las Vegas landing on a federal government list of cities and being urged to curb its outbreak. Jeremy Chen reports. 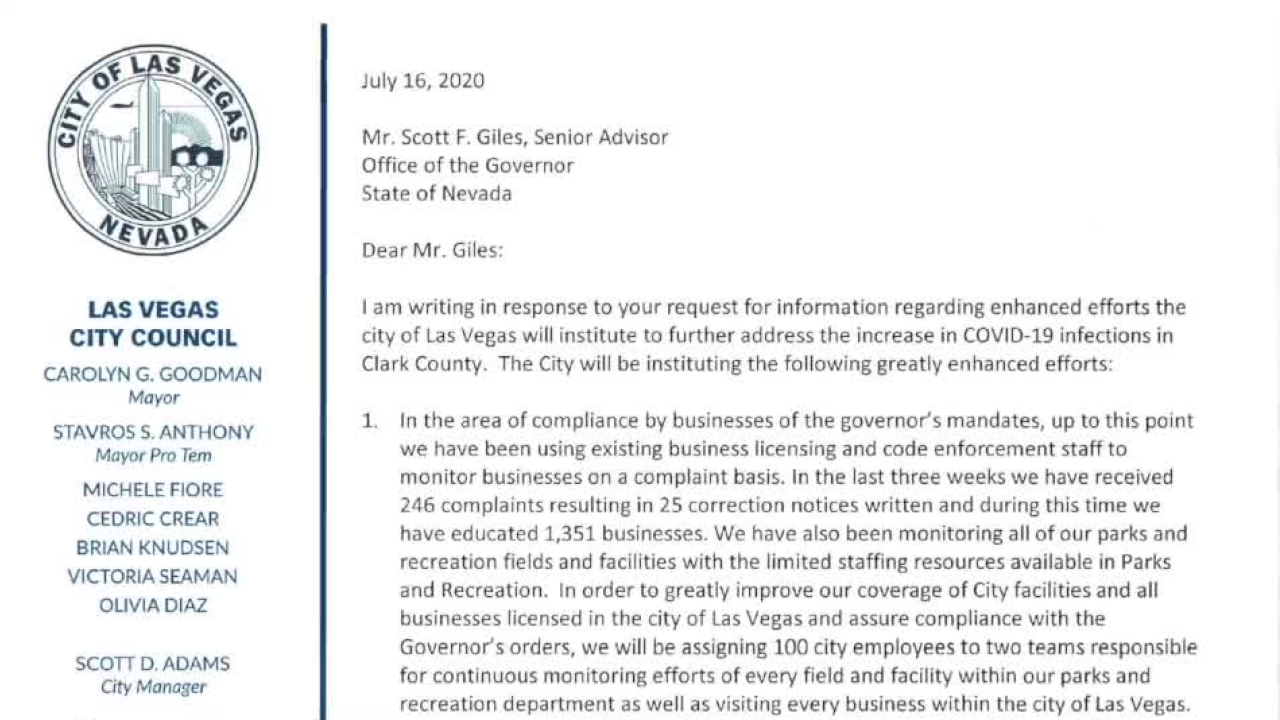 LAS VEGAS (KTNV) — A call for aggressive steps to stop the spread of COVID-19. Las Vegas landing on a federal government list of cities being urged to curb its outbreak.

In a report from the Center for Public Integrity, Dr. Deborah Birx named Las Vegas as one of 11 major cities needing to take aggressive steps to curb the spread of COVID-19. Clark County officials in response say they’re expanding COVID-19 testing and adding hundreds of contact tracers.

“I feel we’re pretty aggressive already and we’re targeting those areas where we haven’t done testing so that’s increasing our numbers, but we’re in a good spot managing this virus,” she said.

RELATED STORY: New report names Nevada as 1 of 11 states in the 'red zone' for coronavirus cases

Gov. Steve Sisolak’s office also responding saying in part: “Localities that are newly listed in the red and yellow zones by the White House have been asked to provide additional actions they have taken or plan to take — beyond measures already taken Statewide — to implement the policy recommendations from the White House.”

Just three months ago Mayor Carolyn Goodman criticized shut down efforts aimed at stopping the spread of the virus.

“This shutdown has become one of total insanity, in my opinion,” she said in April.

But now, the City of Las Vegas is also taking steps to curb the outbreak. City manager Scott Adams sharing a letter sent to the governor’s office, highlighting actions the city has taken in recent weeks, including having compliance ambassadors to educate businesses about their responsibilities.

Dr. Christina Madison with Roseman University says it will take time to see if these additional measures work.

“Let’s try to see if some of these interventions have made an impact because it’s about two weeks lag time from when you implement those things,” she said.

She’s also urging people to do their part to stay safe and keep businesses open.

“We as a community have to take these steps in order to make sure that everyone is staying safe,” she said.