A mother is raising alarms after she says a local supermarket had been stocking yogurt past their expiration date, and it took a while to have it addressed. Jeremy Chen reports. 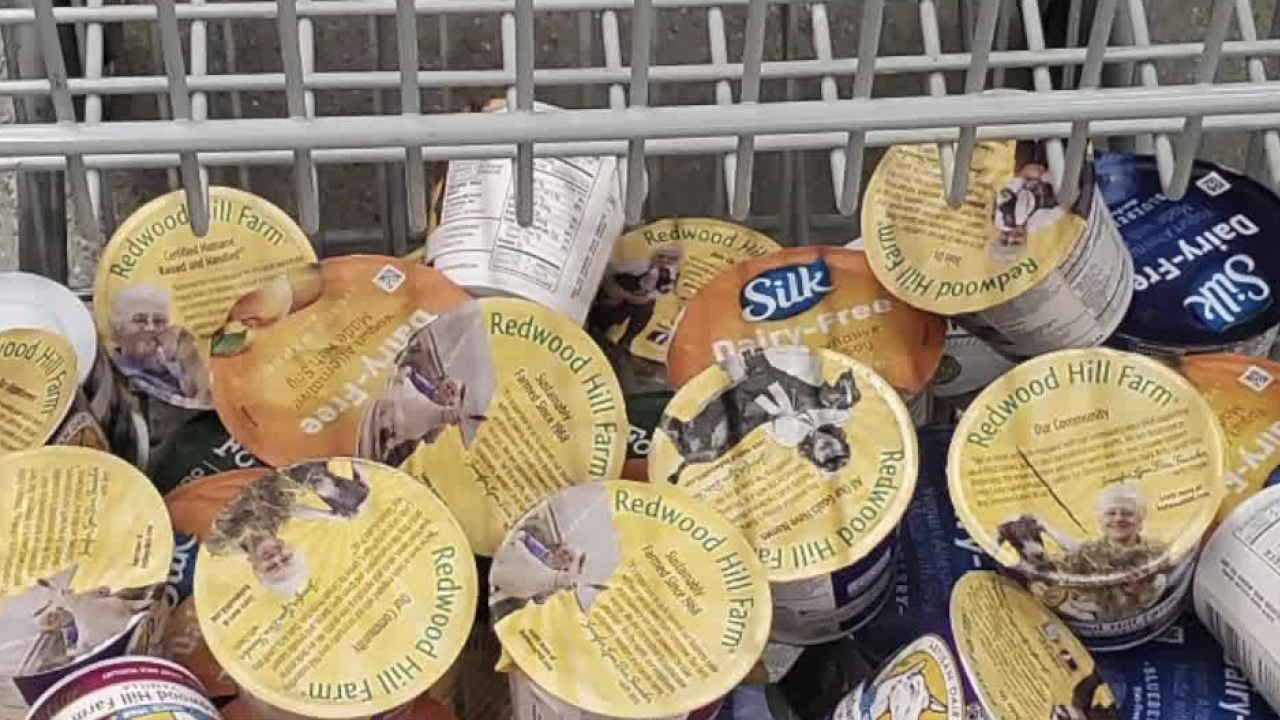 LAS VEGAS (KTNV) — A mother is raising alarms after she says a local supermarket had been stocking yogurt past their expiration date, and it took a while to have it addressed.

This situation may look like a case of hoarding or stockpiling going overboard at a local Albertson's, but Elyse Forster says she's trying to make a point about expired yogurt.

"It's upsetting because you expect the employees to do their jobs and have them pull things by the dates stamped on the products," she said.

Forster says she noticed the problem two weeks ago when she bought yogurt and ate some.

"Tasted a little off, a little and went to the fridge and looked at the date and noticed it was dated October 17th," she said.

That's when she noticed many yogurt containers with dates stamped a few days or even weeks old in the dairy section. She alerted the staff to her concerns.

"When that's not being done, you're risking the health of everyone that shops at the store.," Forster said.

She says the issue wasn't addressed until she got a call Tuesday from the manager saying employees swept the store for products past their date.

13 Action News checked the dairy section Wednesday, went through a variety of yogurts, and didn't find any past due dates.

Food safety consultant Matt McClure says there is no federal standard for stamped dates except for baby formula.

"Essentially, it's up to the manufacturer to determine the best date based on quality, so they communicate that to the retailer, distributors, and consumers," he said.

McClure also said the dates could either be actual expiration dates, sell-by, or use-by dates. He says those do not always mean the food is bad.

With some of the yogurts, he saw he says it's unclear what the date meant when it was stamped.

McClure says no matter what, shoppers should make their own judgment by taking the food out as the stamped date inches closer.

"Are there any signs of spoilage? Are there changes in texture or consistency?" he said.

McClure also says there are guidelines in Southern Nevada to keep stores from selling dairy products past their sell-by date carrying penalties if they aren't followed.

"You'll get a certain number of demerits. You could be closed down. If it's serious enough, it could get into a fair-trade situation, especially if it crosses state lines," he said.

Shoppers, like Forster, told 13 Action News they'd make sure to take a second look before buying anything.

"You have to check the dates because you can't rely on other people to do it, and that's everywhere where you shop, unfortunately, " Forster said.