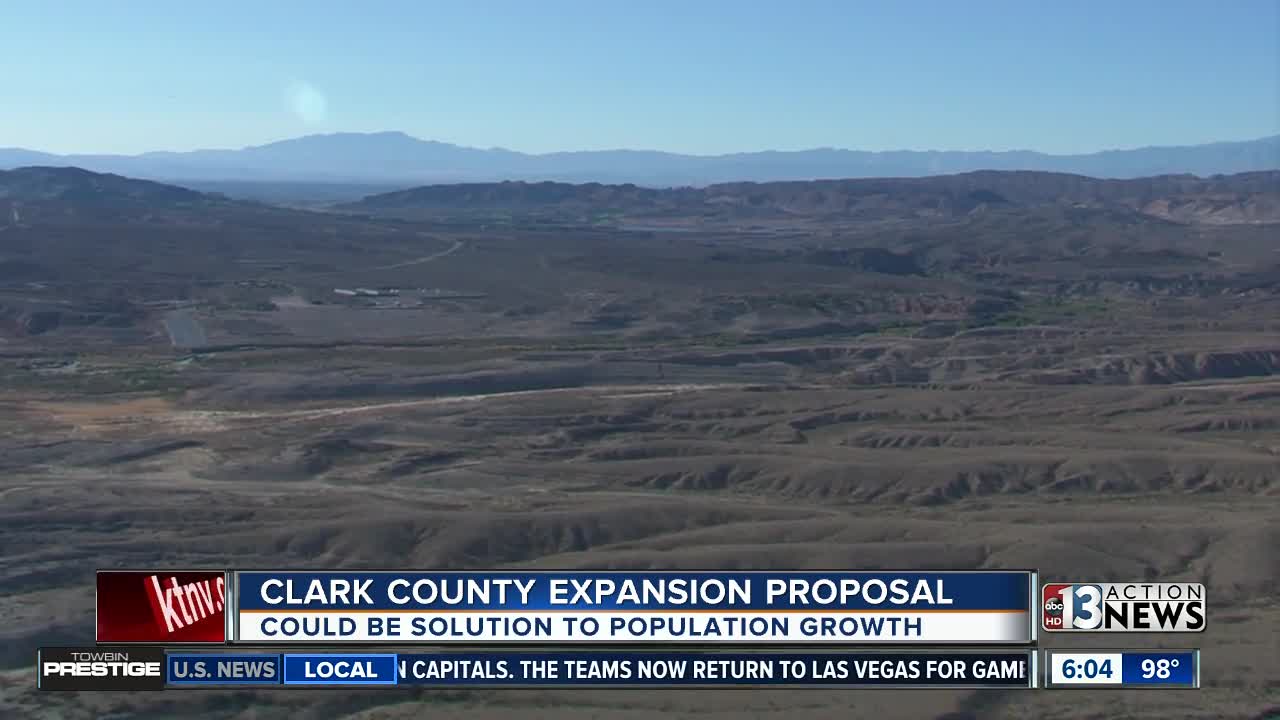 Clark County wants federal land to be made available for auction and the county says that it will benefit the county. Nina Porciuncula reporting. The county will be voting on it later this month. 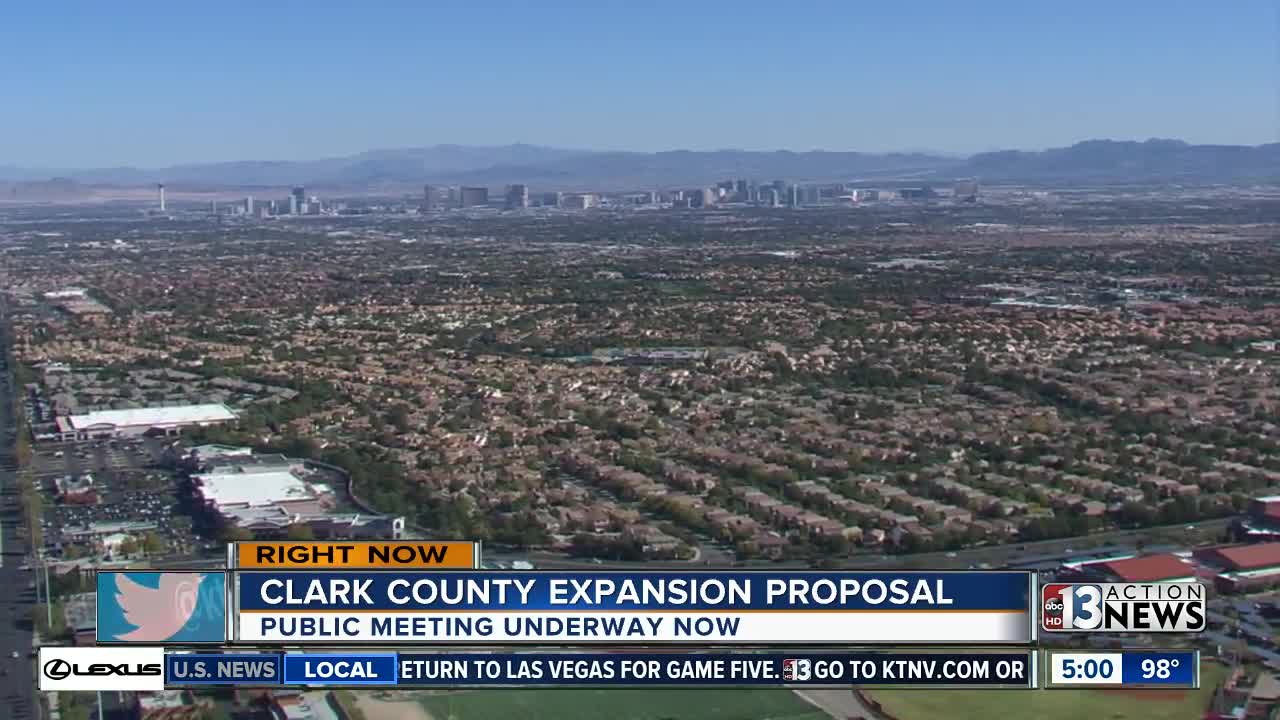 As Las Vegas continues to thrive the need to develop more land increases. Now Clark County is calling on Congress to free up land beyond the valley. Clark County proposes a 39,000-acre expansion to prepare for population growth and bring more businesses to Southern Nevada.

It wants to tap pockets of public land including some along the 95 and Kyle Canyon Road, and an area on the east side of I-15 between southwest Henderson and Jean.

The biggest question is who pays the price if the plan pushes through?

Patrick Donnelly of the Center for Biological diversity is against the county's proposed land expansion. He's concerned about the wildlife that will be affected, as well as its impact on people's quality of life.

But County Commissioner Marilyn Kirkpatrick says, there are also plans to protect nearly 400,000 acres of land for wildlife including the endangered desert tortoise. "We just want to be able to ensure that Nevada's needs are met when it comes to infrastructure... This is a balance of having conservation as well as OHV writing as well as economic development to ensure that our valley is looking for the long term."

But what about the plan's potential economic impact?

Growing pains is an inevitable part of a growing city like Las Vegas.

As population increases, there's more need for land to build homes and new businesses on or else.

On the positive side, should Clark County's proposal to tap tens of thousands of acres of federal land for development push through, that could help offset the cost of homeownership. Recently, rising home prices in the valley are attributed to lack of supply and the lack of available land for home builders to develop.

But Donnelly says, you could also end up paying the price if the county gets its way. He says the proposed expansion will only increase sprawls in the valley.

"And that means more air pollution. That means more people driving further to work.  That can exacerbate economic inequality because it's likely the sprawl will generate high end subdivisions and not affordable housing... We need to address these fundamental questions before we just start to gobbling up more desert for housing."

Clark County has done more to protect and conserve wildlife and natural resources than any other community in the Mojave Desert, while growing a robust and thriving economy. We have invested more than $123 million in species protection through the Clark County Multiple Species Habitat Conservation Plan (MSHCP). The result: Clark County is recognized as the only place in the Mojave Desert where the desert tortoise populations are stable and increasing.
We fully understand and appreciate the concerns by members of our community to protect the environment. These are considerations we’ve taken in drafting this proposal on the disposal boundaries, which proposes modest growth (38,000 acres) with protection and conservation status of our desert land (400,000). Economic development and environmental stewardship are not mutually exclusive concepts. We believe this public lands proposal meets those goals.

The county commission is slated to vote on the Lands Bill on June 19th.