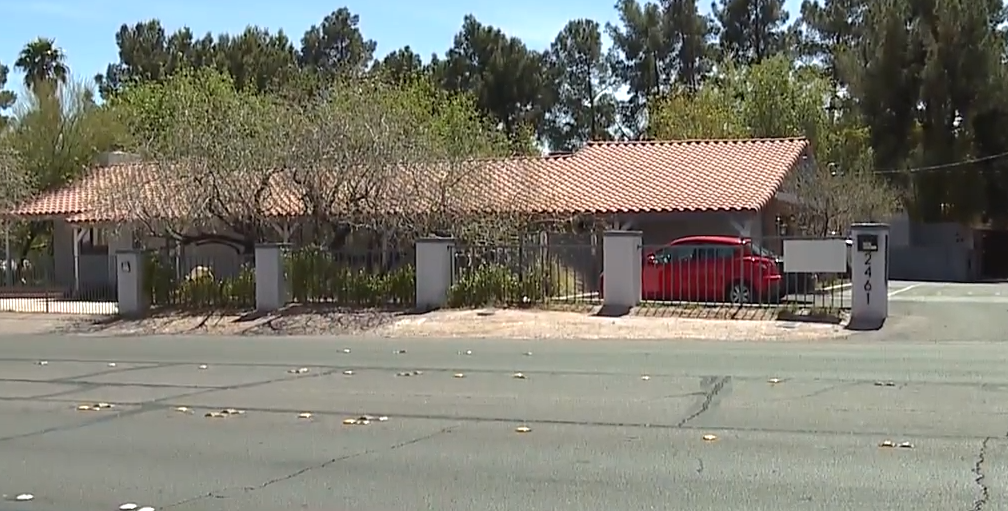 The owners of a property on E Harmon Avenue are being sued by the District Attorney for illegally operating as a bar, spa, motel and nightclub. The property is designated as a place of worship.

LAS VEGAS (KTNV) — What may appear to be a meditative Zen center in an east Las Vegas residential area, may actually be an illegal nude swingers club.

After a months-long investigation, Clark County commissioners voted Tuesday to allow the District Attorney's office to sue the owners of the property located at 2461 East Harmon Avenue near Eastern Avenue.

"From the liquor license to the food to the motel to whatever sexual acts are going on, they never got a license, so there are tons of violations," said Tick Segerblom, the commissioner who represents the area.

The home advertises itself both in person and online as the "Zen Temple Las Vegas" and designated as a place of worship.

Segerblom said code enforcement officers along with police realized quickly the 'temple' was not as advertised.

Investigators found home had been converted into a kind of motel - with guest rooms, massage tables, liquor, and a dance floor.

County documents show the property was operating illegally as a bar, spa, motel, and nightclub, under the names "Sea Mountain Inn" and "One Love Temple."

A quick Google search of both names directs people to a website promoting a nude resort in Las Vegas.

The property was purchased by Dewey and Julie Wohl, California residents, back in 2016.

Commission Segerblom said the owners have not been compliant with the county so far and a lawsuit is expected to be filed in the next few days.

"They're going to pay the price," he said.

13 Action News asked to speak with the property owners, but no interview was immediately granted.