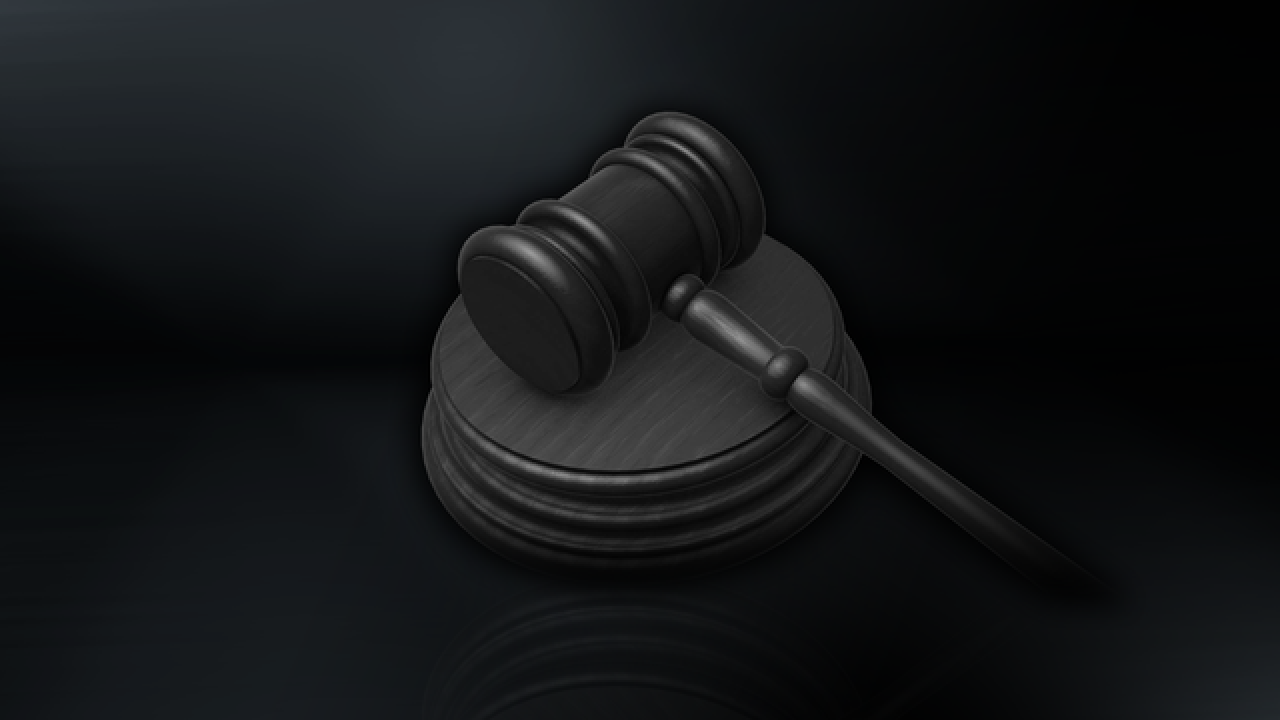 By: David Schuman
Posted at 6:32 PM, Dec 14, 2016
Environmental activists are fighting to save the land they love, and it's happening right here in the valley.
Thousands of acres near Red Rock Canyon National Conservation Area are at stake.
The battle has moved to the courts with Clark County filing a lawsuit naming Save Red Rock and Gypsum Resources, LLC as defendants.
Gypsum is the mining company with real estate developers behind it that has applied to build thousands of homes on the Blue Diamond Hill property near Red Rock.
Save Red Rock is the group primarily opposing the construction.
"The lawsuit [Clark County filed] really focuses on trying to intimidate Save Red Rock and disallow them from participating in the public process," said Justin Jones, the organization's attorney.
A spokesman with the county says a lawsuit and its result could never prevent anyone from speaking at public meetings.
The lawsuit is asking a judge to clarify where the situation stands now, after a lengthy back story.
Five years ago, the county approved a development plan from Gypsum. There were delays with moving forward, and now Gypsum has reapplied with a very similar plan.
The county's lawsuit is asking a judge to now decide whether the 2011 approval decision carries over to the 2016 application.
If it does carry over, there won't be anything Save Red Rock can do to fight back.
Gypsum didn't return our calls for comment Wednesday. However, they sent an email after our story ran. It reads in part:
As negotiated by SRR and stipulated in the 2011

approved Concept Plan, there will be no access to SR 159 from the project. Save Red Rock's continued statements of heavy traffic and deadly conditions on SR 159 as a result of this project are simply false and do nothing to serve constructive dialog.

The request by Clark County for Declaratory Relief seems to be, in our opinion, a reaction to the aggressive and threatening tone in the dialog with which the Save Red Rock organization has taken in this matter. It is an unfortunate turn of events that breaks from the community-based process of comprehensive planning using the Clark County Major Projects Process as defined in Title 30 of the Zoning Code.

SRR has publicly threatened to sue the people of Clark County on several occasions regarding this matter. How does that further constructive dialog in discussing the issues related to the Gypsum Reclamation Concept Plan? It is clear that the threats made by the Save Red Rock Organization are meant primarily to delay the process, not advance viable solutions. Regardless of the number of meetings or

the landowner agrees to, Save Red Rock continues to take the position that only a "no project" alternative would be acceptable.

The facts stated in the filing prove that Gypsum Resources, LLC has gone above and well beyond the obligations and requirements of the Major Projects Process. For over 8 years, the landowner has invested in a comprehensive and thorough public outreach process to identify issues and define solutions. Our efforts have focused on facts and well-documented analysis. Throughout

thisprocess the landowner has agreed to virtually every request for additional

study, analysis, neighborhood meetings, public outreach, and time extensions all in an effort to demonstrate good faith in working with the community and Clark County.

Frankly, this case and the issues associated with the proposal were settled in 2011 with the approval of the original Gypsum Reclamation Concept Plan. Contrary to popular belief, the "project" has never been put "on-hold". Immediately following the Concept Plan approval the landowner commenced the next step in the process by submitting the draft Specific plan and Public Facilities Needs Assessment. This complies with the Title 30 requirements.

The landowner then agreed to only suspend the entitlement proceedings to work with SRR, Clark County, BLM, and other members of the community on a potential land exchange. The landowner consequently spent 3+ years of opportunity costs and hundreds of thousands of dollars working side-by-side with the SRR representatives on the land exchange proposals. To no avail. Throughout the process, it was made abundantly clear to SRR that if the proposed land exchange were to be rejected by the BLM, that the landowner would proceed with the next phase of the Major Projects Process. SRR representatives understood this and concurred that to be "reasonable".

It is clear that Save Red Rock continues to focus on a strategy of misinformation and hyperbole. The facts stated in the Clark County filing are clear and undisputed.

Here are the facts regarding the proposal:

1.    The Gypsum Reclamation Plan is not

ahigh density proposal by any measure of standard. The proposed overall density of 2.5 du/ac is within the Clark County defined Rural Residential District. Save Red Rock's assertion of high-density is unfounded and intentionally misleading.
2.    The "project" is not located within the RRCNCA and is not a threat to the RRCNCA. The RRCNCA boundary, as defined by Congress, already includes buffer areas from existing and future development. Virtually no biological resource exists within the proposed development area.
3.    The Specific Plan and PFNA will identify and define mitigation measures for any and all possible impacts to transportation systems created by this proposal.
4.    The Concept Plan established a viable plan for the cleanup of an unsightly mine, restoration of the most sensitive lands, and the creation of a complete, dynamic, vibrant community that respects the adjacent natural environment.
5.    This plan provides for public benefit with the inclusion of public access, parks, recreation, and open space.
6.    The project provides for jobs and long-term economic development opportunities with an overall economic output in just the development phase for Southern Nevada in excess of $4.5 billion.
Copyright 2016 Scripps Media, Inc. All rights reserved. This material may not be published, broadcast, rewritten, or redistributed.