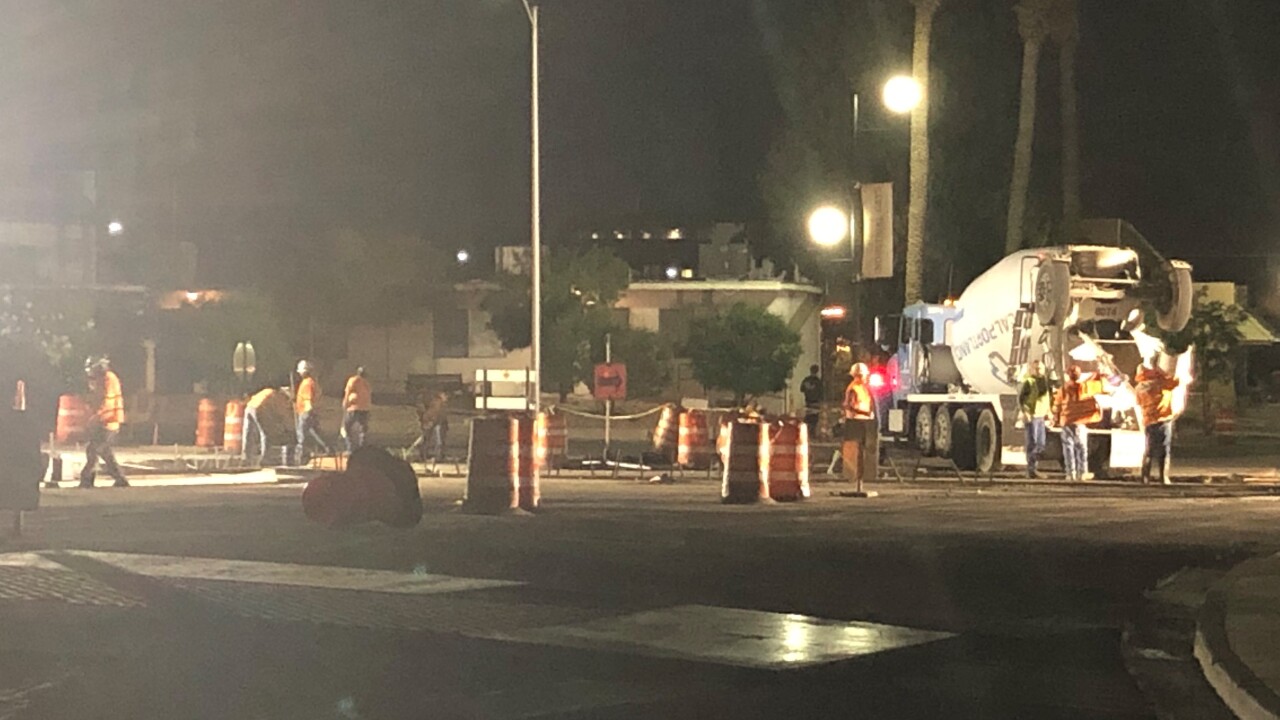 Charleston Boulevard will be reduced to one lane in each direction between Third and Sixth streets from 9 p.m. Thursday, July 9, through 5 a.m. Monday, July 13, and again from 9 p.m. July 17 through 5 a.m. July 20. Las Vegas Boulevard will remain reduced to one lane in each direction from Stewart to Sahara avenues. Motorists are encouraged to use alternate routes to avoid delays during these periods of underground utility replacements.

Work on the entire Las Vegas Boulevard Stewart to Sahara project is expected to take three years. Work hours generally are 6 a.m. to 4 p.m., Monday through Friday, but work will continue around the clock during the two marathon weekends July 9-13 and July 17-20. Drivers should expect lane restrictions and delays on Las Vegas Boulevard; Maryland Parkway and Grand Central Parkway are recommended as alternate routes for north- and southbound traffic.

The existing waterlines to be replaced are from 1955, the storm drains from 1954, some of the traffic signals from 1965, and the sewer pipe from 1942. This is the largest roadway project in the history of the city of Las Vegas.

Las Vegas Paving is the contractor. The city of Las Vegas is managing the project. The estimated total project cost is $125 million, with funding provided by the Southern Nevada Regional Transportation Commission’s Fuel Revenue Indexing tax, Las Vegas Valley Water District, the city of Las Vegas and the Commission for the Las Vegas Centennial. Members of the public who have questions or concerns should call 702-448-9100; to receive regular project updates via email, send a request to LVBInfo@lasvegaspaving.com.