CCSD support staff rallied outside district headquarters Thursday, ahead of a school board meeting. Employees said they are still missing money from paychecks, and it is affecting their lives. 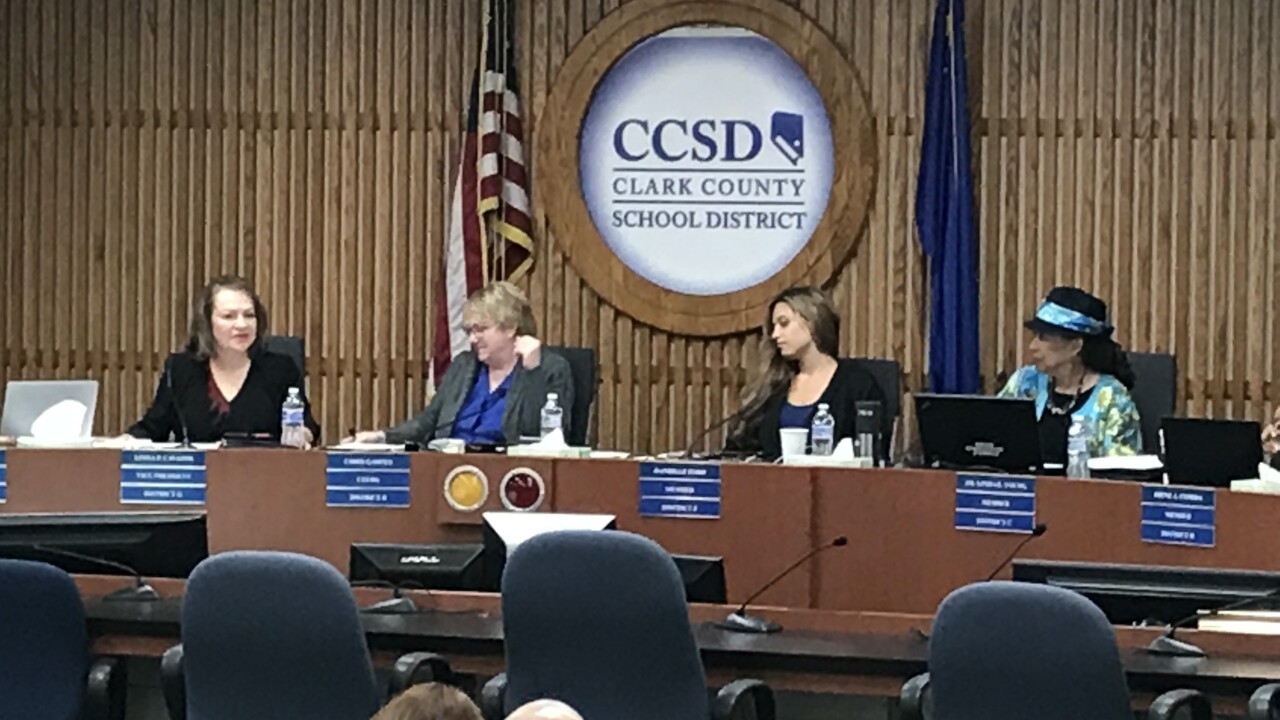 LAS VEGAS (KTNV) — CCSD support staff rallied outside district headquarters Thursday, ahead of a school board meeting. Employees said they are still missing money from paychecks, and it is affecting their lives.

Recently she had to undergo two surgeries back to back - the week she had to pay the insurance deductible happened to be the week her paycheck was short by $600.

"I don't think that we should have to apply for assistance from Medicaid because we don't make enough," said Shook.

And although she works full time, Shook says she did have to apply for assistance.

Another long-time bus driver June Arnold says she couldn't afford to pay for her commercial driver's license renewal - required to drive a bus - after being shorted around $800 on a recent check.

Monique Newkirk has been with the school for nearly a decade as a campus security monitor. Her last two checks have been missing overtime hours, which she says are factored into her budget.

"Why should you have to sacrifice one bill to pay another when you've worked 80 hours?" asked Newkirk.

"If we came to work as they paid us, would we still have a job?" Newkirk asked.

CCSD Superintendent Jesus Jara addressed the ongoing payroll issues at the board meeting. Jara said the district would be issuing two off-cycle paychecks to expedite the payments and alleviate the issues hopefully.

However, an exact timeline for when that would come through was not immediately given.