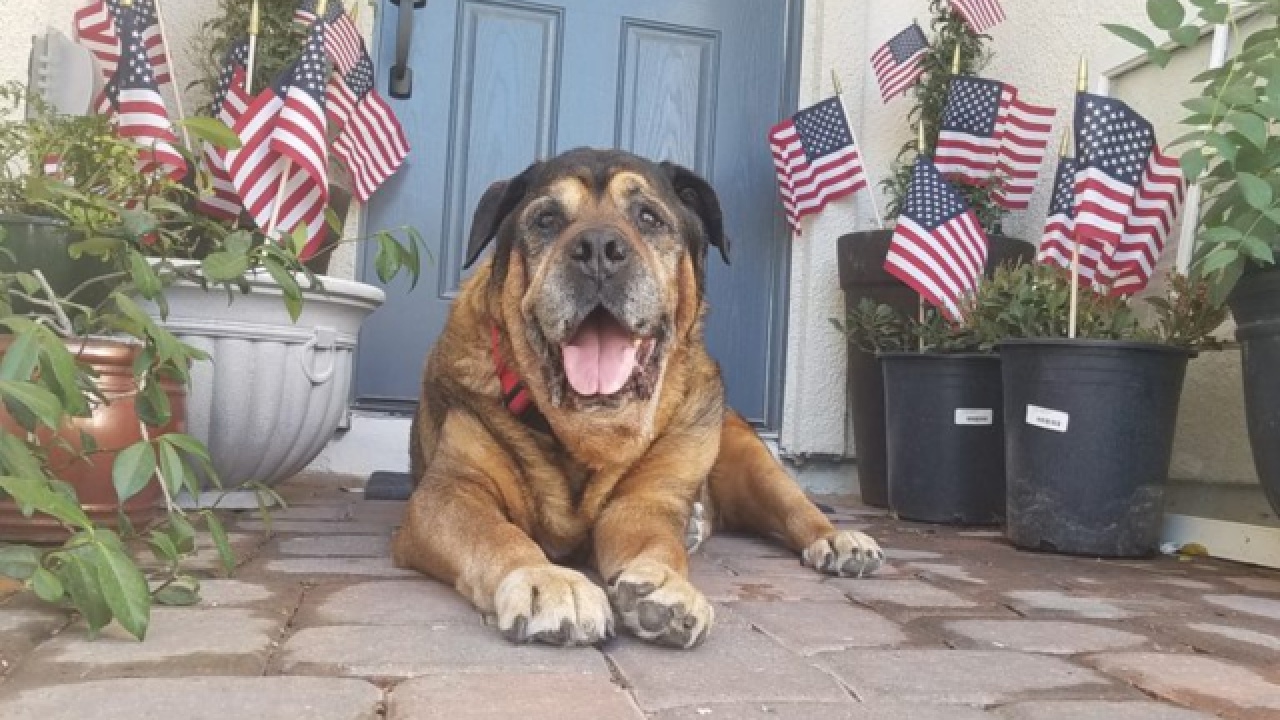 Copyright 2018 Scripps Media, Inc. All rights reserved. This material may not be published, broadcast, rewritten, or redistributed.
<p>CASHEW THE MASTIFF</p>

A Las Vegas dog is competing against 9 other dogs to be named the Most Neighborly Dog in the country by Nextdoor, the neighborhood social network.

Cashew the Mastiff is known for his big smiles. He was chosen to be a finalist from among hundreds of nominations.

Last summer, he was featured in a news story after he was dumped in the desert on a triple-digit day by his previous owners. He just celebrated his one year mark with his new family and he couldn't be happier.

Voting is open until noon on Friday. Click here to vote.