UPDATE: What to do if you are target of road rage 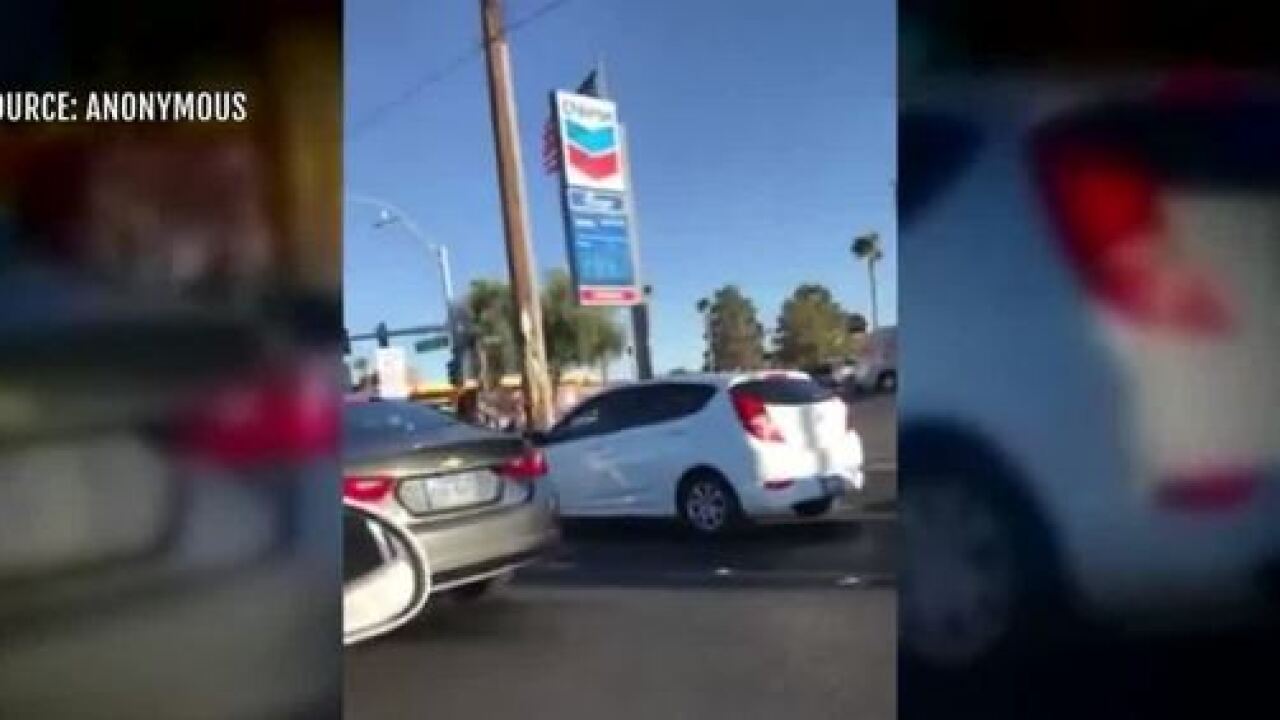 UPDATE MAR. 5: The passenger of the car seen getting out of the car at Flamingo and Pecos and going after the other car with bat is still on the loose.

But the story isn't the first case of road rage around the valley. A block away in 2016, a video went viral at Flamingo and Eastern involving a crow bar attack after road rage.

Crime and safety expert retired police Lt. Randy Sutton says cases like this are common around the valley. He says if you're under attack, you have the right to defend yourself. He also says another option may be trying to escape and pull over anywhere there might be witnesses like a convenience store or gas station. He also says if you need to and its safe to do so, you can try and escape by running a light if you need to. Sutton says if you're pulled over, you can explain the situation and an officer can then help.

ORIGINAL STORY: A woman goes berserk, bashing the windshield of a white car in the middle of traffic in the middle of the day. "The girl was pounding, trying to get the other girl out of the car," said Priscella Bautista, an eyewitness.

Bautista, her fiance and their two-year-old son were driving along Flamingo near Pecos Road in Las Vegas on Friday afternoon when they saw a case of road rage gone wild. “We had our kid in the car. It was scary," said Bautista said, who did not want to show her face on television.

Bautista watched in horror but kept rolling as the woman wielded her bat like she was swinging for the fences. The woman inside the white car was petrified. "I wouldn't expect to see anything like that at all," Bautista said.

The driver of the attacker's car got angry with Bautista. "When he seen me recording, he yelled at me and said ‘can I help you?’ and I said ‘no we're just recording.’ I said ‘we don't want no problems,’" Bautista said.

Once she was done with her major league automotive attack, the woman with the bat casually walked back to her car. "I was thinking they're probably going to come after me too but they didn't. They drove away pretty fast," Bautista said, hoping someone sees the video and recognizes the attacker.

"I really hope they get caught,” Bautista said. "If that was me in that situation. I hope somebody would’ve helped."

The driver inside the white car was unhurt.