UPDATE: Bull being held at Horseman's Park after morning stroll around Las Vegas 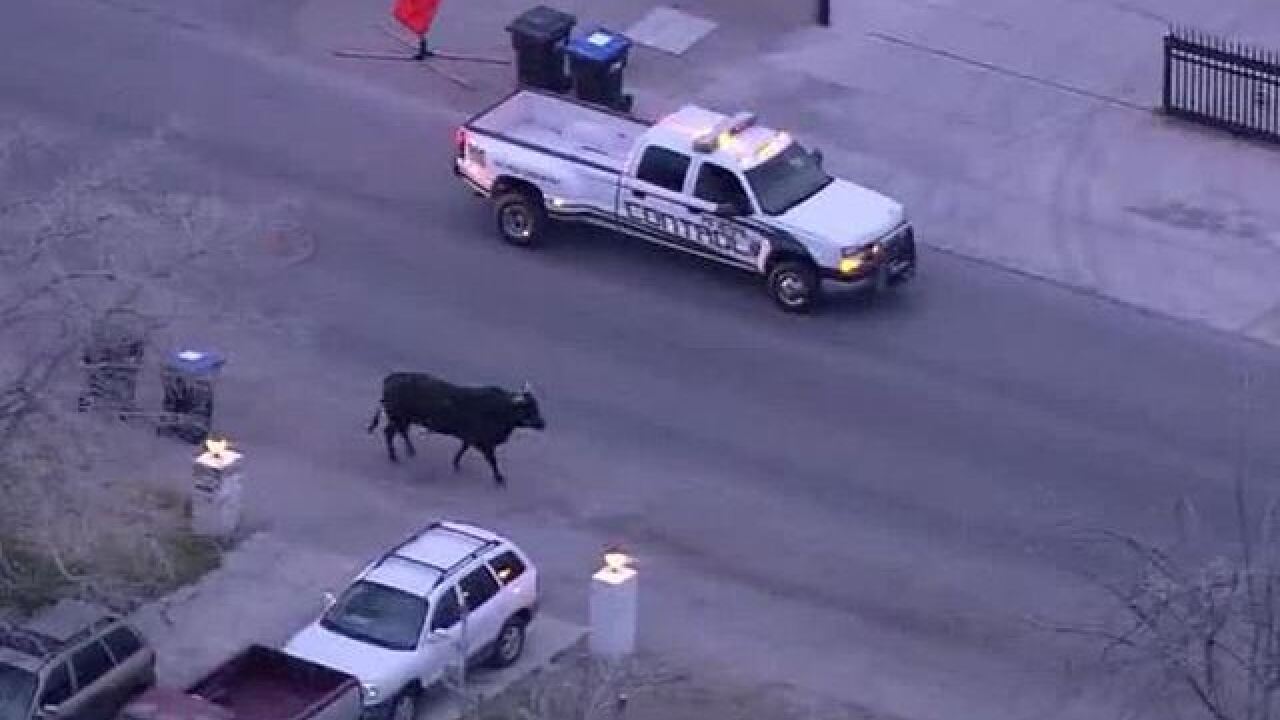 An 800-plus-pound bull is sitting behind the stables at Horseman's Park after running a muck across Las Vegas Wednesday morning.

The bull will be housed at the park for three days. If its owner does not claim him, he will be put up for adoption.

"We never had anybody live here that had bulls, so that was kind of a surprise," said Billy Suggs.

Suggs was at the doctor Wednesday morning when he watch the bull on T.V. He said he quickly noticed the bull was running in his front yard.

"So my wife flipped out and said, 'Oh that's our yard'," Suggs said. "She was hot she was like, 'He's over there tearing up my yard!"

Right now, city officials said they have not located the owner of the bull. In Las Vegas, undomesticated animals like bulls are allowed with the correct permits.

City guidelines say undomesticated animals must live on a minimum of two acres, need to be 1,500 feet from a resident dwelling, school and public park and confined in a secure fenced area.

ORIGINAL: A bull was loose in the area of Martin Luther King Boulevard and Washington Avenue Wednesday morning.

Chopper 13 has been following the situation closely.

The bull was safely wrangled after nearly roaming the streets for two hours.

The city of Las Vegas says an animal control team is taking the bull to a livestock vet to get checked out and then Horseman's Park to be housed until they can get it back to its owner or find it a new home.

An update on the bull that was loose this morning: our Animal Control team is taking it to a livestock vet to get checked out and then Horsemans Park to be housed until we can get it either back to its owner or rehomed. pic.twitter.com/9zkQQ81cn4