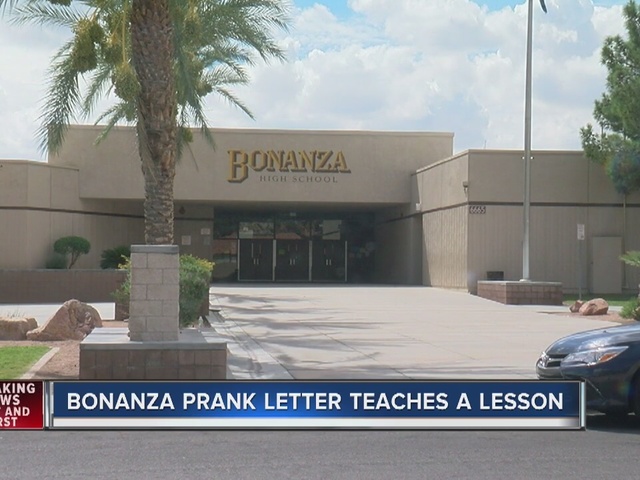 "Pencils will now be 25 cents" 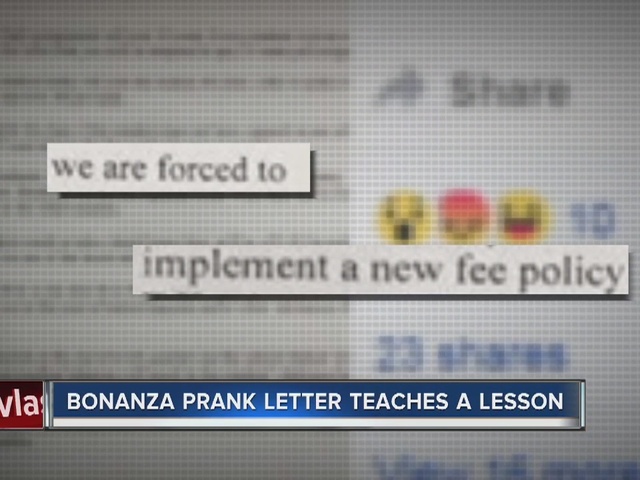 A letter handed out in a Bonanza High School history class is making the rounds on social media, and some parents are getting fired up.

What might have been a simple prank just a few years ago has become a sensation on social media.

The Clark County School District says the teacher gave senior students a letter detailing a new fee policy in the classroom. It read that students would have to pay to use the hall pass, sit at a desk and borrow pens.

The letter's been shared dozens of times on Facebook even though it never left the classroom.

The district says it was a lesson in taxation without representation, demonstrating what life was like during the 1700s.

Students left class knowing the policy wasn't real, but the ball got rolling on social media when someone took a picture for Facebook. Parents didn't know what to make of the letter out of context.

"I would assume it was a joke but I can see how people wouldn't," said Brenda Bestor, a Bonanza High School parent.

People like Bestor and other parents began to understand as they read through the letter, even if they didn't love the lesson's execution.

"We criticize teachers a lot when they're really trying to educate and help our kids appreciate [their education]," Bestor said. "Sometimes it might not be the most approved tactics but it certainly got a message across."

One father said the benefit of social media was that it allows a conversation to start.